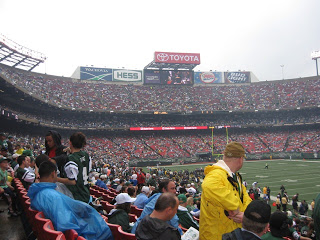 Sunday I was well rested and ready for the day’s activities – The Jets/Cardinals Game. My friend Angelique* blessed me with freaking great seats to the game. Now I only know two friends who are football fanatics – my friend Billy and Vic (no surprise that they are both straight). Billy informed me that he was already going to the game, that left Vic, who’s really a Giants fan (of course you wouldn’t know it from the yelling, screaming and hi-fiving he was doing at the Jets Game) but he’s also a straight man who would never pass up a free ticket to a game, especially if they are good seats.

Anyway, just my luck, it was raining and of course there is a rule that you cannot bring umbrellas into the stadium…what?? Anyway, luckily I got a free waterproof jacket with a hood from an event I went to for a line called Her Game 2, which was created by the wife of an NBA player (gotta love those gift bags) and this being a sporting event, although not basketball, I’d say it fit.

Anyway, Vic and I make it to the game and we arrive quite early because by the time the game started, there were tons more people than this

There was a major difference with the Jets today, althought the stands were filled with Green and White, the Jets were actually wearing their original colors from the early 1960’s when they were called the Titans – Navy Blue and Gold. 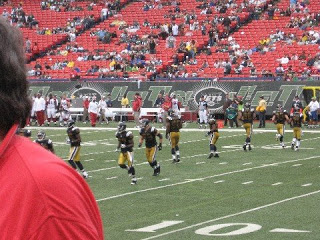 The first quarter was a complete blowout, with the Jets at 21-0 (I think). The Jets continue to dominate the game 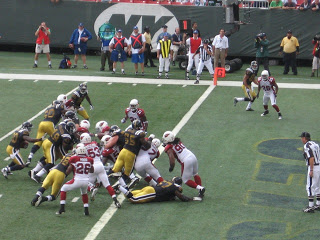 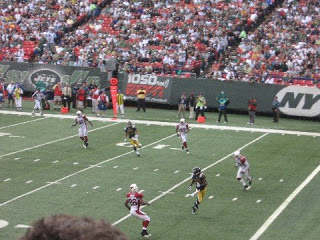 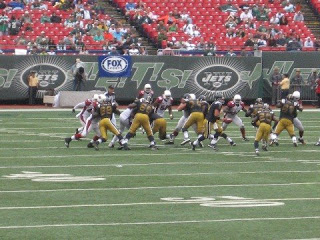 until we get to the 3rd quarter where the Cardinals scored and continued to do so scaring the hell out of all Jets fans but fear not for the Jets now have #4, 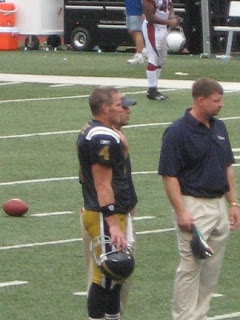 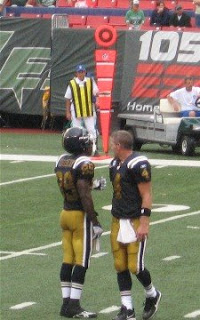 Brett Favre, who passed (is that the right phrasing?) for a whopping 6 tounchdows! Anyway, they kicked a$$. By the way, did you know the Jets now have cheerleaders, they’re called The Jets Flight Crew (Vic was a BIG fan) and had me make sure to take a photo 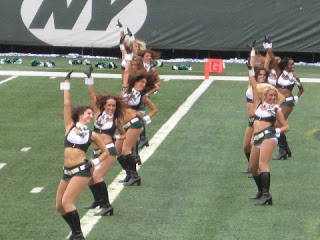 Anyway, back to the game. As we all know by now, the Jets won, actually they dominated. Check out the scoreboard 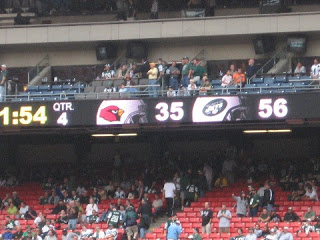 As with life, with jubilation comes sadness. My favorite photo of the day comes as a result of the worst part of the game. 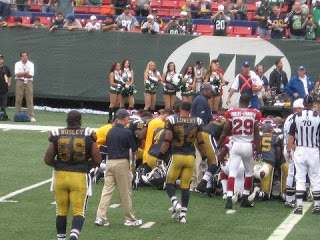 At about 27 seconds left in the game, a player lay hurt, he was unconscious for what seemed like forever. I think he was ok by the time they did the post game show but it was really scary for a minute. I was seating close enough to hear the crunch (not a good sound) but anyway, the above photo is, as you can see, players from both teams surrounding their fallen comrade. It’s like they were giving him their strength.

Nature Made VitaMelts™ | Melts in Your Mouth, Not your Stomach