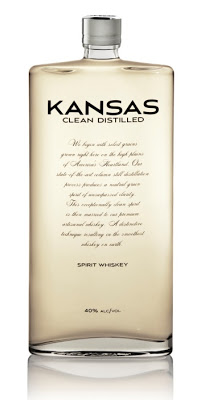 lopinavir and ritonavir 4 mg Kansas Clean Distilled Spirit Whiskey begins with winter wheat which provides a softer alternative to the corn used in most American whiskey. And, unlike many whiskies, Kansas is column distilled rather than pot distilled resulting in a spirit of flawlessly smooth character. The process is completed when this remarkably fresh spirit is married to premium aged whiskey. Kansas Spirit Whiskey is new category of whiskey in taste as well–a bit of personality, yet enticingly clean and approachable. Goldman adds, “I wanted to get whiskey out of the middle-aged living room and onto the beach and into clubs, which is why Kansas is equally terrific on the rocks and in cocktails—and on any thumping dance floor.” Kansas Spirit Whiskey launched last month, is 40% ABV with a SRP of $29.99. It can be purchased at cost of kaletra http://www.kansascleandistilled.com/.

source url Founded in 2009 by Paul Goldman, Fabulous American Beverages’ mission was to create whiskey that would appeal equally to men and women who typically enjoy vodka–a new whiskey for the new whiskey drinker. The result is Kansas Clean Distilled Spirit Whiskey, a clean, crisp whiskey that breaks new ground in the whiskey category, both in the way it’s created and in its startling approachability.

Fall in Love with Cruzan Rum this Valentine's Day

New Craftswomen Program Will Celebrate Women in the Whiskey Industry