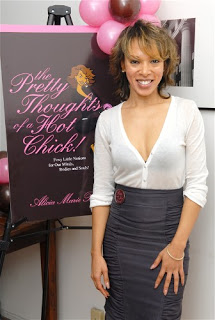 Another day, and multiple events (although I’ve been too busy to do more than two in a day lately). This day, there were actually four but of course only made it to two, the second of which was almost a waste of time. The only saving grace was the music was good and I ran into a friend I hadn’t seen in a while. But enough about the bad one, get’s get on with the good.

I arrived to the (event name) to find a photographer named Fred Sly I worked with a while ago and we talked for a bit while I got a glass of Nuvo. Alexandra* arrived about 10 minutes later (Zia another 15 minutes after that). Anyway, this is the book launch event for Alicia Marie Rivers (Co-Publisher and Editor-in-Chief of Jolie Magazine) and now writer of The Pretty Thoughts of a Hot Chick: Foxy Little Notions for Our Minds, Bodies, and Souls! which is available at Amazon.com 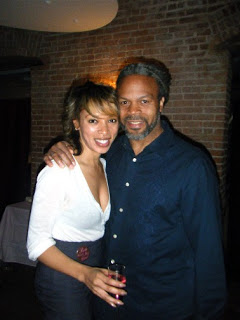 The event had a nice crowd and with Nuvo Liquer as the alcohol sponsor, a nice edible spread and a fun activity like the Palm Reader/Numerologist/Chart Reader made it even more of an interesting evening (he told me some very interesting things about myself). The girls and I actually missed an event because we were having so much fun at this one. We ended up going to another which was a complete waste of time and not even worth writing about. 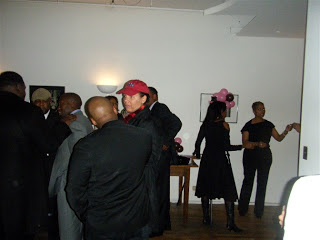 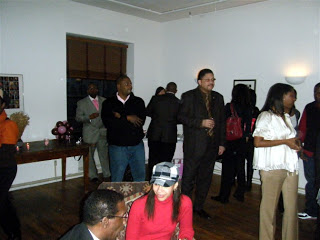 Unfortunately, we didn’t get to see or read the book during the event but I hope to do so soon. I’m more likely to spend more money on books than most stuff (except shoes), so I know I’ll be reading this book soon. Anyway, as I said a great event and happily a great giftbag as well with most of the products from Black Opal and of course chocolate…..hmmmm 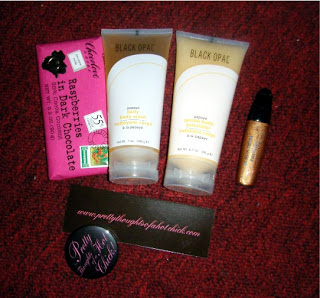