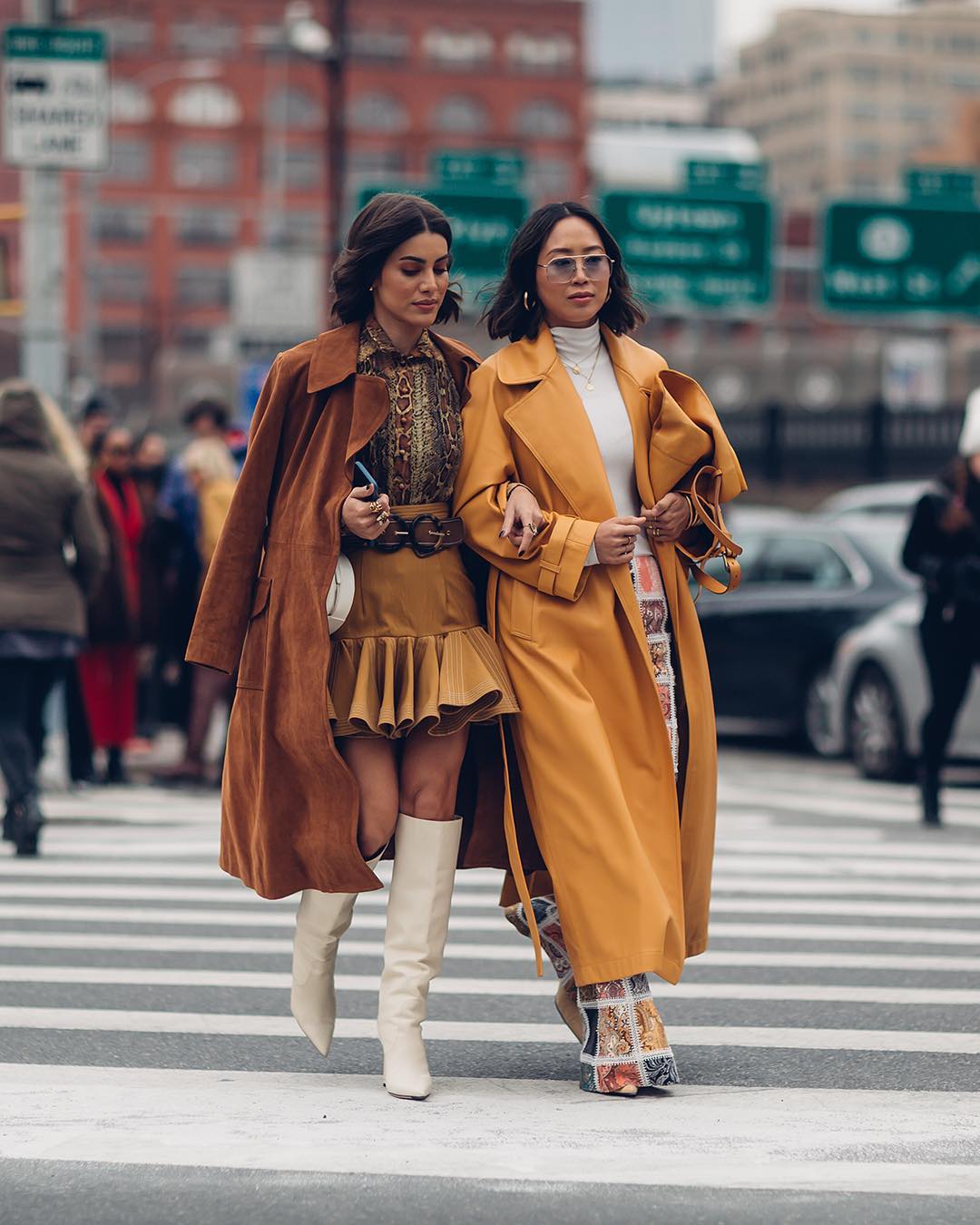 Mid-February saw the streets of New York City even fuller than usual as the Fall 2019 New York Fashion Week rolled into town. The timing was perfect, as style-minded people everywhere began to feel bogged down by the bleak winter landscape and needed a fashion boost. This year’s fashion week was certainly not short in inspiration for dull closets. Let’s take a look at the top Fall 2019 trends spotted on the New York runways to look forward to this fall.

This year, designers have been embracing the rugged look in their clothing. The models on the runway were clad in soft brown leather moto jackets, trench coats, and jumpsuits.

This look not only communicates a more down-to-earth vibe, but it attracts an audience who needs to work but wants to look fashionable doing it. As a neutral shade, brown is also simple to pair with almost any other garment or accessory, giving it a versatility many other colors don’t have. The nod to the construction industry and lovable earth tones was seen on the runways of several designers, including Veronica Beard, Jonathan Cohen, and Maryam Nassir Zadeh.

A major trend in the footwear department is loafers. Yes, the classic menswear shoe that would clad the foot of a businessman or engineer. But you don’t have to earn the average engineer’s salary of between $50,000 and $150,000 or wear the stuffy suit of a businessman to get in on the loafer look. This year’s runways saw female models wearing the classic loafer with anything from elegant gowns to modern dresses.

This trend was on the runways of designers like Carolina Herrera, Ryan Roche, and Oscar de la Renta. Not only does it offer an alternative to the classic dress-and-heel pairing, but it points to a bigger trend of prioritizing comfort in footwear. This year’s runways also saw ergonomic sandals, stylish mules, and block-heeled boots.

Many designers this year threw the gender binary out of the window and instead asserted that people of any gender can wear their clothes. While the runways have been tending towards androgyny for years now, this year saw more male models in feminine looks, female models in masculine looks, and people who don’t identify with either gender in looks that were just fashionable.

Collections from Alessandro Trincone and Bode took on the challenge of reframing typical masculinity. They styled their male-presenting models in soft hues, detailed makeup, and even ballet flats. On the other end of the spectrum, emerging labels such as Batsheva and Vaquera put their female models in high-necked dresses and oversized silhouettes that engulfed their figures to challenge the idea of femininity for the male gaze.

What’s the ultimate takeaway from this year’s New York Fashion Week? This autumn, drape yourself whatever way fulfills your sense of identity, adorn yourself in comfort, dress for utility. Just do you, but make it fashion. What are your thoughts on these top Fall 2019 trends?

3 Tropical Destinations To Beat A Long and Harsh Winter

Chariteas Happy Tummy Tea: The Tea You Should Drink All Summer

Hyatt Regency’s It’s Good Not to Be Home Campaign

Get These Winter Food Staples for Hearty Winter Meals