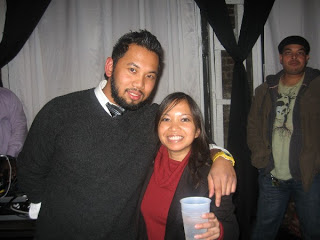 This event should have been posted on October 25th but I was having media upload issues. The post is kept as is from when I first started it. On to it then.

By far the best event of the night was the reception for Artist Jayson Atienza, who also just happens to be Kim’s cousin. It was the Reception for Atienza Kicks, featured in photographic art at Studio 385. Dave being the sneaker freak that he is naturally came along with me. We met Kim and Patty at the event. 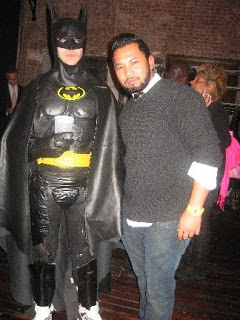 You’re wondering about Batman (you will see the connection later in this post – check out the photos carefully), I just wanted to show you his shoes. He’s wearing one of Jayson’s works. Jayson has acquired for himself a big following and everyone wants to own one of his works. His canvas is a bit different from other artists – he paints shoes and sneakers, bags, etc. 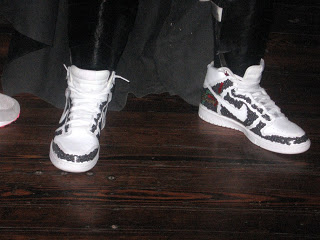 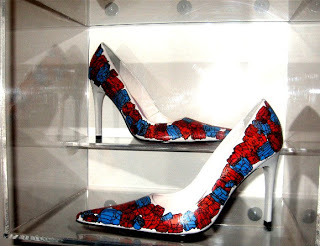 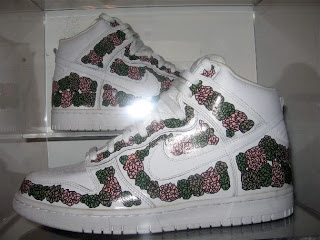 His work can be seen on actor, Jeremy Pivens in Guy Ritchie’s movie, RocknRolla. Although it’s not the best, below are photos of Jeremy Piven wearing the sneakers on the set of RocknRolla 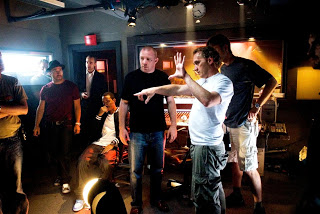 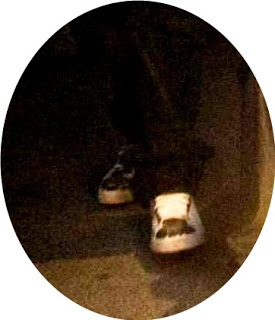 As I stated before, the event was to celebrate the work of Jayson by way of the three photographers that incorporated Jason’s artwork in their work. The photographers are Benj Gershman, Leslie Lyons/Bill Green and Michael Greenberg. Check out some of the work below 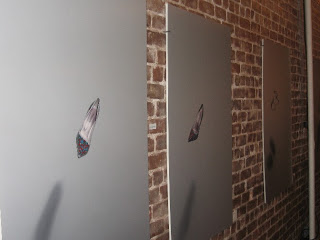 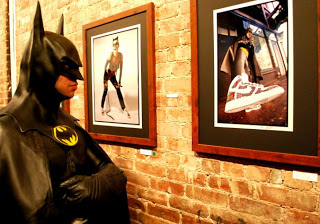 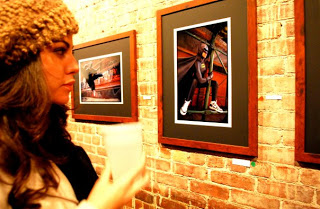 The last two photos above are courtesy of Jason Malihan’s Facebook page. Now, I did get some video which shoes more detail on the works of all the photographers but for some reason it’s too large to upload which is very unfortunate (I’m still going to attempt to find a way to upload the video). Anyway, here are some photos of the event and Studio 385 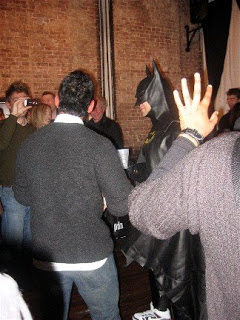 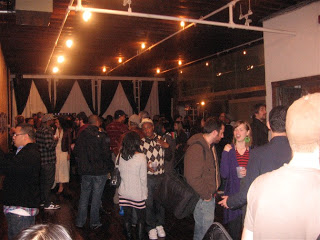 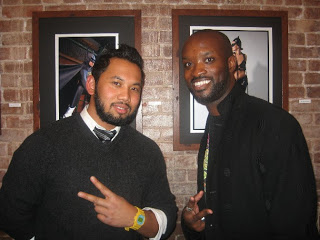 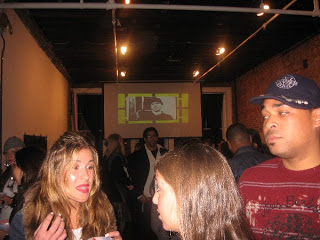 The place was packed but one person did stand out to me, the very cute bartender and I had to take a photo, he was just so yummy. Unfortunately that’s all I got to do (I only saw him seconds before he was leaving, he actually took his coat off to take the photo). So I didn’t even get a name…sadness 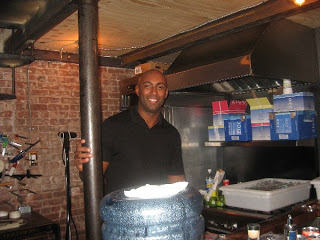 All in all a great night, great music and wonderful drinks. Keep an eye our for Jayson’s work.

Aldo Launches A is for Aldo Fragrance Collection