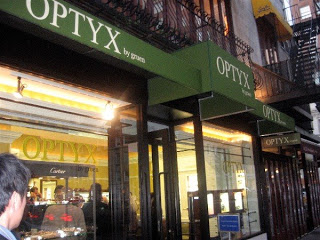 This event was actually two in one. First Oliver Peoples was having a trunk show and it was also the celebration of the launch of the new Optyx by Gruen flagship store on Madison store.

Optyx by Gruen is owned by President & CEO, Jon Gruen. 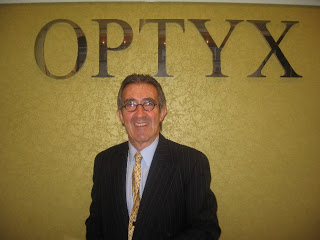 Optyx by Gruen carries over 25 brands, such as Betsey Johnson, Prada, Dolce & Gabbana, Bulgari, Emilio Pucci, Fendi, Vera Wang, Oliver Peoples, etc. Besides this Manhattan location, Optyx by Gruen can be found in East Hampton, Southhampton and Greenwich, CT. I had a chance to ask Mr. Gruen a question at the event (I really only had one). Here is my question and his answer –

No, not really. The only thing that has changed are strong prescriptions. The fashion aspect has not changed infact they are selling more high-end eyewear brands

This was evident with this client trying on some sunglasses 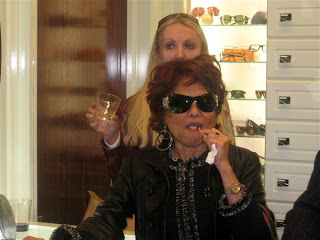 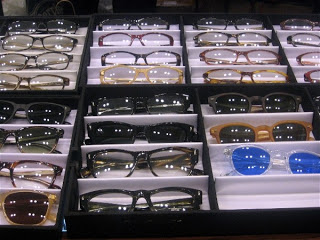 And although it was a small boutique, they had a good amount of people (it was perfect for the size of the store because you did get a chance to actually see and try on the eyewear and get personal attenion from the staff) 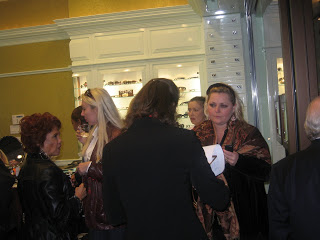 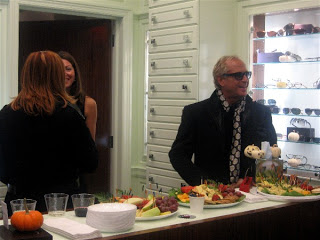 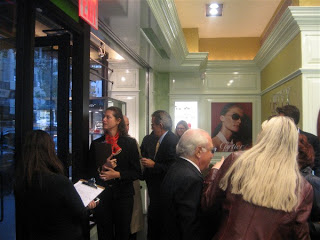 I did stay for a little bit after and had some wine but I had to rush over to another event.