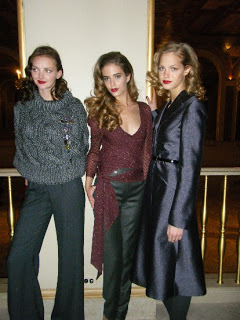 Where else to showcase the glamour of Luca Luca’s Fall 2009 collection than at the glamourous Plaza Hotel. Unfortunately I didn’t get a chance to get photos from the runway because of placement but I did manage to get a couple backstage and a backstage interview (thanks to my friend and involuntary interviewer, Kim). 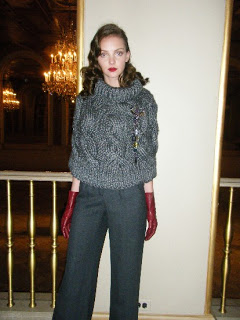 Heraled under Raul Melgoza, the faily new Creative Director (this is his second collection as Creative Director of Luca Luca), Luca Luca showcased a collection of movie ready dresses and sophisticated pieces that would be an addition to any wardrobe. Luca Luca pieces are classic investments and everyone needs at least one in their wardrobe.

Here is the glamorous show finale

See below for the backsage interview with Raul Melgoza