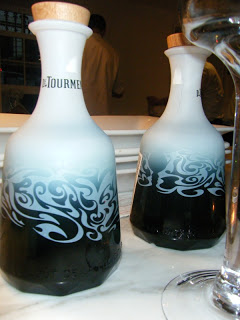 Every so often, there’s an event that’s really cool and laid back. The Le Tourment Vert Absinthe (translates in English to “The Green Torment”) Event with Top Chef’s Stefan Richter is just such an event. Held in a secret $9 million townhouse in the West Village (you were given the location only after your rsvp was confirmed)

Absinthe was considered illegal in the U.S only up until 2007. Most people feel it’s a hallucinogen but many don’t realize it’s an herbal liquor. Le Tourment Vert Absinthe is infused with wormwood, eucalyptus, rosemary, coriander, sage, anise and fennel and as their website states “and a smattering of even more obscure herbs”. If you see most old movies, it’s always shown as a drug; the crazed madman is usually slowly pouring the Absinthe over a sugar cube which is usually in a spoon hoving over a glass. I remember a scene exactly like this in Francis Ford Coppola’s Dracula.

The evening was a feast for the palette pairing with the very chic bottled, Le Tourment Vert Absinthe and the culinary delights of Chef Stefan Richter. The food was amazing and though we arrived late and missed a few dishes, what we had was pairing perfection. My favorite was the Beef Tartar with the Red Hot and Bothered. 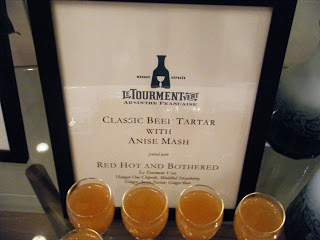 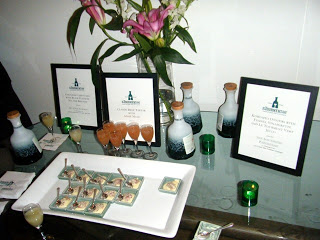 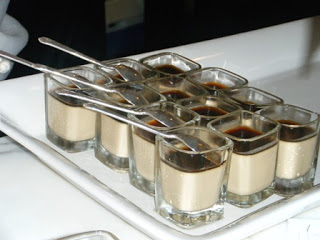 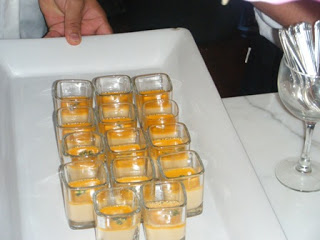 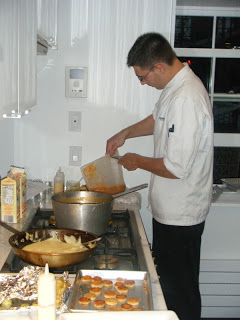 Though I did get to see the Chef in action (albiet very quick action), I didn’t have the cchance to see Mixologist, Steve Livigni of The Doheny but I was able to get a photo of Daniel Nelson (also of The Doheny) 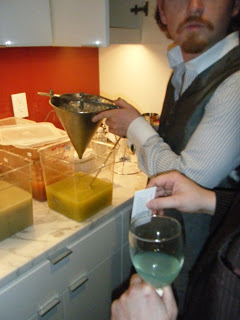 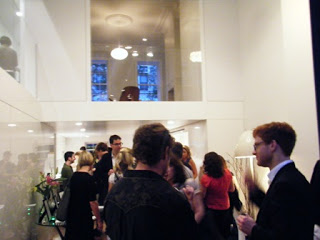 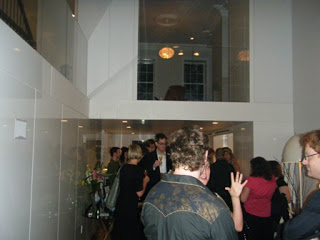 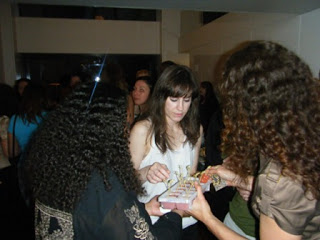 This was good news for me as I got to not only interview but joke around with Stefan. To hear my interview with Top Chef’s Stefan Richter, click HERE for the first part and HERE for the continuation. To say Chef Richter is colorful is an understatement. Is he confident? Absolutely! but the difference is as he so eloquently put it, he doesn’t give a sh–. He loves to cook, he loves to have fun and surprisingly, a very kinky guy (something the Top Chef cameras failed to catch).

We had a great time laughing and joking around. I got a photo of Stefan and Kim and him and Flavorpill’s Brent Van Dyke (interesting last name since Stefan is famous for saving he loves lesbians) 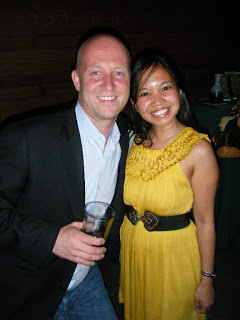 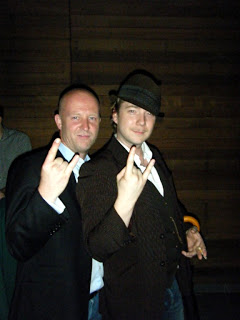 Stefan is a man of many talents, not only is he a fabulous chef, he is also a budding mixologist and a has his own t-shirt line as well. He created a drink using Le Tourment Vert Absinthe, Diet Coke and ice; he had Kim and I taste the drink, it tasted very much like Black Licorice which was exactly what he loved about it. And for the t-shirts, look no further than this website, Cocky Chef Clothing

With mere minutes left (time sure flies when you’re having fun), we left (still yeat another event to go to). Unfortunately, we had to share a giftbag or rather giftbox. 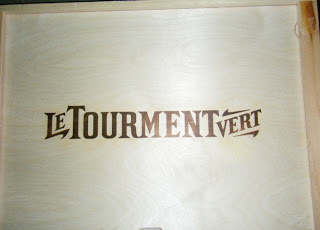 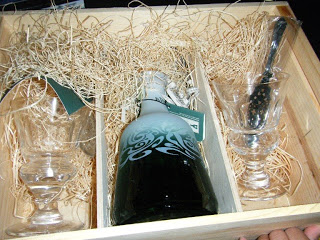 Kim kept the glasses while I took the bottle (I collect uniquely shaped bottles) but luckily we both got Le Tourment Vert Absinthe t-shirts and they are very cute. The first photo is the front and the second is the back (I love the image on the back) 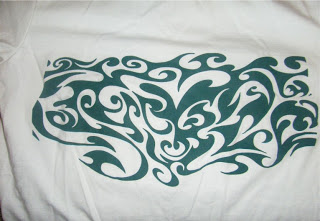 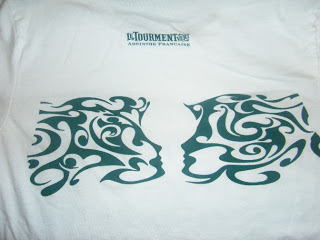