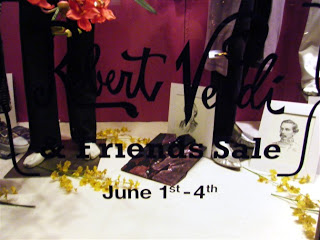 As a lover of all things Vintage, I was truly excited to receive an invitation to the Robert Verdi event at Housing Works Thrift Shop. Housing Works is an organization whose goal is to eradicate AIDS and homelessness 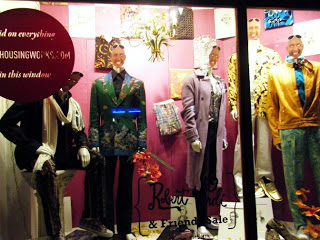 I love Housing Works, I’ve found quite a few treasures there and I mean designer treasures. The event promised Robert, fun, food and shopping and defintely delivered. Kim and I met Patty at the event. When we walked in, we first had to sign an agreement as we were possibly going to be on camera. After signing in, we tried to made our way through the crowd in search of Patty 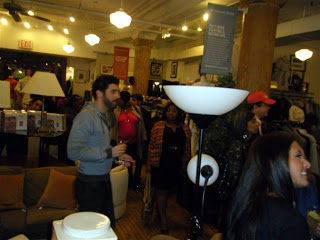 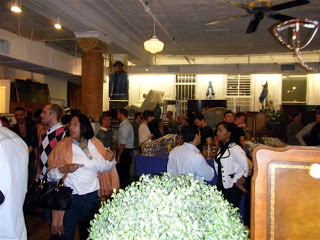 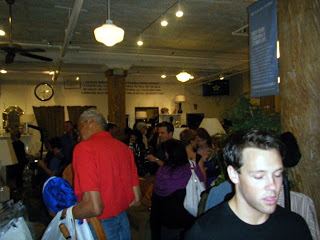 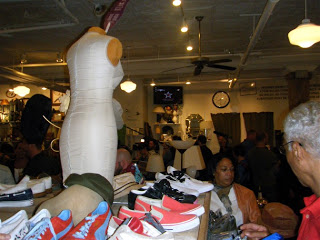 This event was not just about shopping and having fun, it was also being filmed as part of a docu-series on Robert Verdi aptly named “The Robert Verdi Show Starring Robert Verdi” 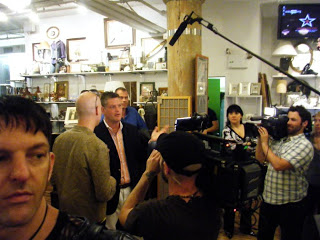 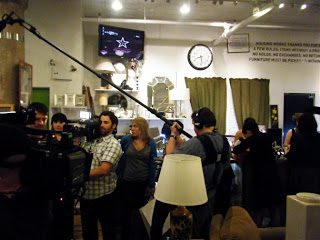 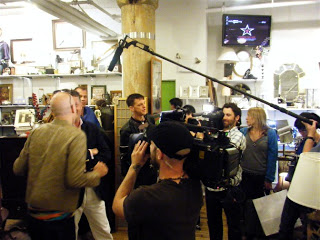 Robert, holding his very chic BYSOG New York Mens Bag, welcome us into his circle and Kim told him about her new blog – Fashionably Petite while I took photos 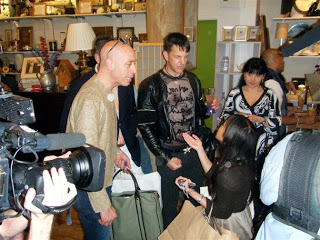 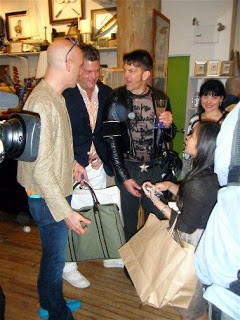 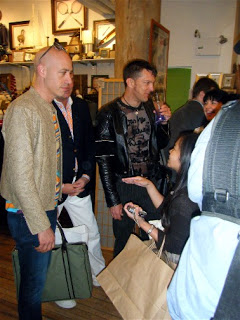 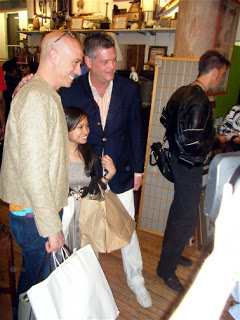 We talked to him for a bit more then it was off to shop and shop we did; my bank account was probably crying but it was for a good cause, so why not and I made some great purchases. We all left the event quite happy (and a bit tipsy),s o we headed off to get $1 pizza. Nice!