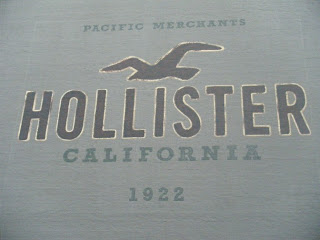 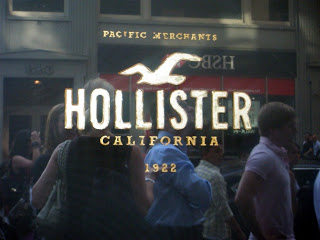 I arrived to the store, located on Broadway and Houston to an anticipated line of industry guests and the entrance flanked by two gorgeous half naked male models (this is one time I do not mind waiting in line AT ALL – the view was wonderful) 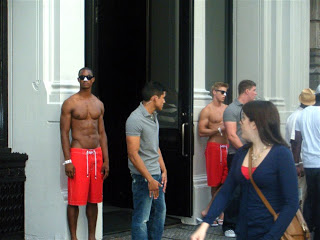 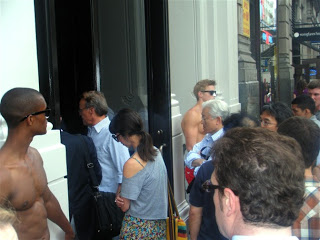 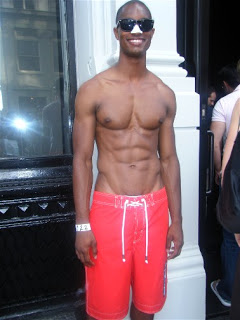 Not too long after (darn), we were ushered in for check-in; we were given Hollister name tags and introduced to the the Southern California atmosphere, beautiful architecture, yummy hors d’oeuvres and tropical drinks 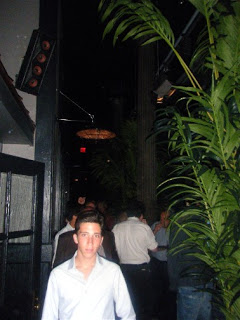 The Epic Store has four floors including the lower level (or as they’re called Piers) and is 40,000 thousand square feet. To appreciate the size of the store, see the Hollister logo on the side of the building 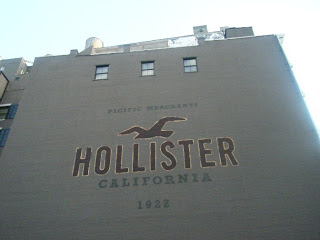 The high ceilngs are perfect for the pipe-railing style high racks filled with plaid shirts and board shorts off set by track lighting and interesting decor such as handmade lamps, vintage valises and even stand out pieces like a canoe on the top pier. 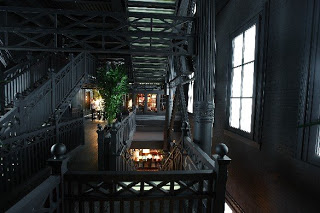 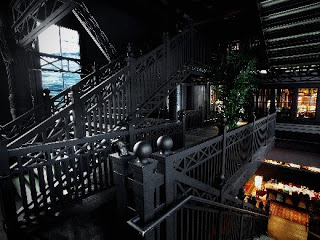 and the most interesting wallpaper; each area had a different wallpaper design. We were not allowed to take photos inside of the store but the presskit did have one photo that is very similar to one area’s wallpaper 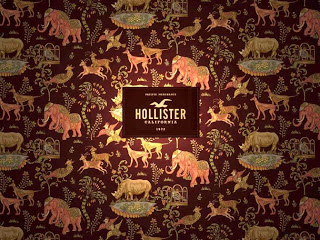 My two (well three) favorite elements of the Epic store are as follows: 1. the entire store is wood, beautiful, rich dark wood, 2. the various figureheads at the top of the banisters – the turtle, the duck, the eagle and another eagle that looked like Sam “Samuel” the Eagle from The Muppet Show. I was told that these figures represented the personalities of Hollister and 3. the ocean wall which went several panels across the store and spanned each pier which can be seen in this video below

I didn’t stay long because I had another event to attend to; thanked the PR reps and grabbed a giftbag before heading out the door 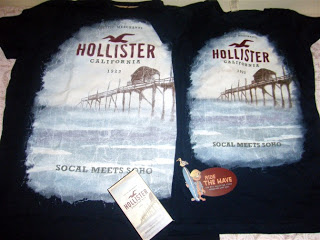 Shop For a Cause at Flatiron with L’OCCITANE & WorldRiderZ