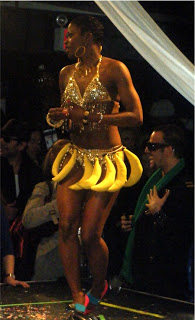 After a slight wait for Pamela Anderson (ok, a long wait but there were cocktails to distract me), we were treated a continuous wonder of dance and sparkle at the Richie Rich Amuse Fashion Show. First up was the Josephine Baker-esque dancer (banana skirt and all) who entertained he crowd with her amazing acrobatic skills 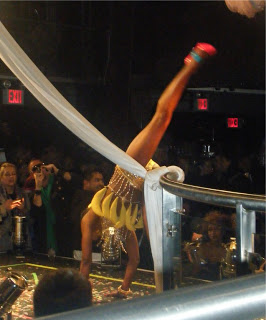 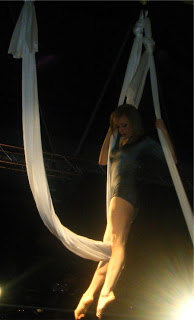 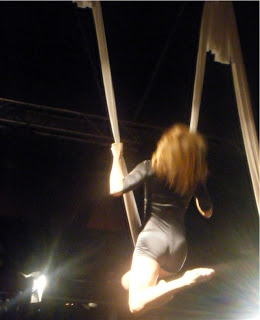 And when we were finally ready for the show, we had more dancing entertainment but this time it was a troupe. See video below:

After the intro, the real show began. Some models were featured in tribal makeup, others in 50’s bouffant hair and Annette Funicello-type “beach blanket bingo” swimsuits (adorable) 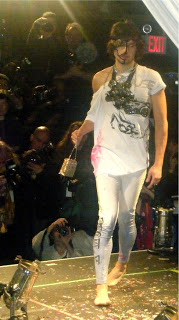 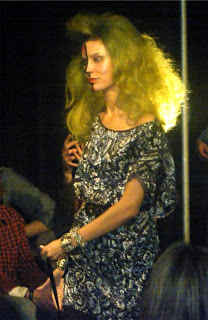 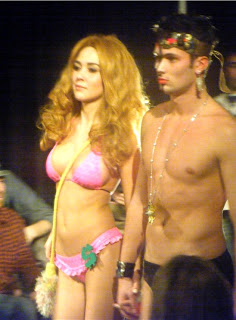 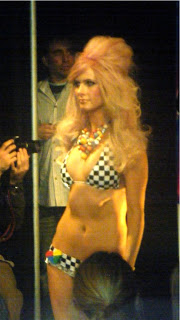 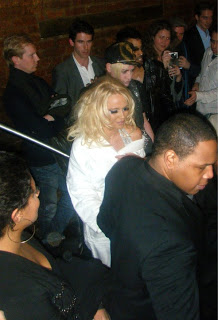 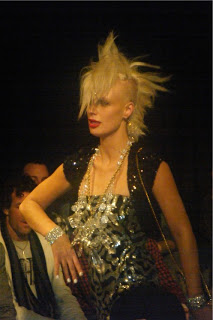 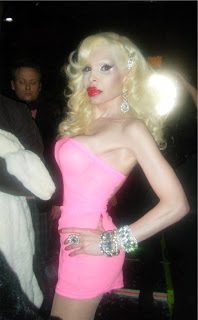 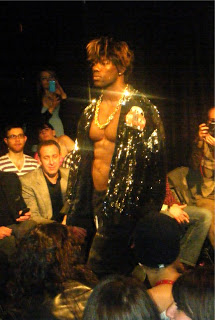 I could go on and on about the clothing (I did find some very cute pieces like this dress below) but when you attend a Richie Rich Fashion Show, the clothing becomes secondary. His shows are basically performance art – very interesting, enjoyable and holds your attention 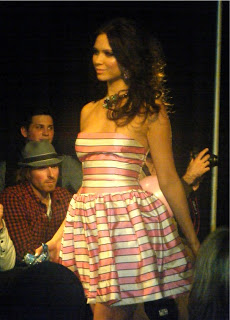 The grande finale was indeed very grand as Pamela Anderson walked the runway flanked by hot boys in tiny bikinis (only slightly smaller than the one she’s wearing) and followed by Richie Rich. As you will see below, a very “excited” (and most likely drunk) male attendee almost knocked my camera out of my hands when Pamela Anderson first hit the stage

Pandemonium  is the only word I can think of to describe the reaction above. To see more from the show, see photos below 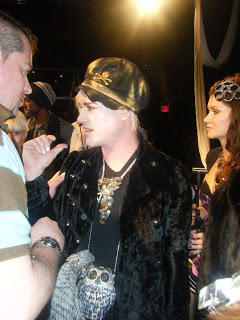 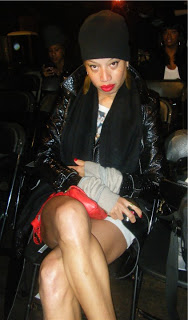 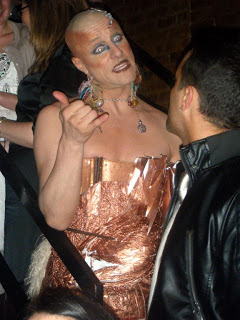 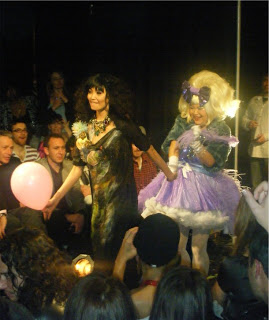 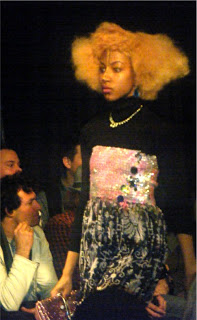 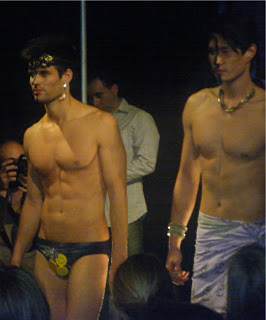 The Josephine Baker Dancer of the decade is http://www.jorijordon.com Jori Jordon