Hugo Boss held their amazing annual Rooftop Party on Thursday to a very packed and anxious crowd. Known for being a must event to attend, the Hugo Boss Rooftop Party had a line that stretched the length of the block and people were trying their darnedest to gain entrance…I saw people turned away by security on more than one occasion. Several even gave other floors and company names thinking this would allow them to sneak into the party but security shut them down. Why were people so anxious to get in? Three names – Janelle Monae, DJ Cassidy and Robin Thicke.

Also while waiting to gain entrance, i noticed the arrival of former America’s Next Top Model Winner, Jaslene Gonzalez, looking like a gazelle in  the New York uniform (all black for you out-of-towners) and fabulous 6 six heels (she was moving too fast to notice who they were by) or should I say stilts. Other noted celebs I saw was the gorgeous Tyson Beckford and super-sweet, Super Stylist, Phillip Bloch.

After getting access to the 8th floor, we were ushered two flight of stairs to the rooftop of 601 W 26th St where Hugo Boss’s office is housed. My fellow blogger and I stepped out into the beautifully balmy evening on the sunset lit roof and was greeted with a great stage which featured the above marquee. Now, I have been to many parties with marquees, but I think this is one of the best ones that I’ve ever come across. They probably hired it from a company that specializes in marquees, similar to this one in London (see here for more information) as it just enhanced the overall ambiance of the party and because of this, it will truly be one to remember. On either side of the stage were two bars that featured fantastic drinks made with Belvedere Vodka or Deleon Tequila. My drink of the night was the Mojito and they all were amazing. 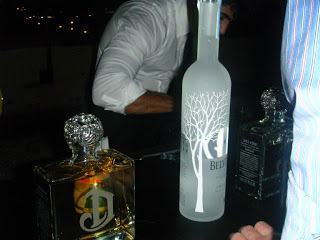 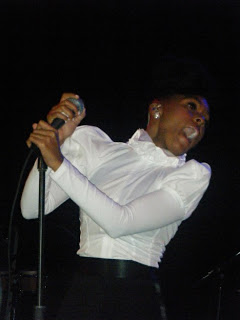 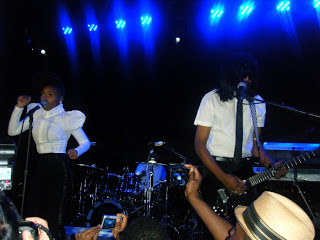 She always captivates a crowd with her energetic performances. Janelle performed two more songs to an excited crowd before we were taken back in time to a great time in music by none other than the much acclaimed DJ Cassidy 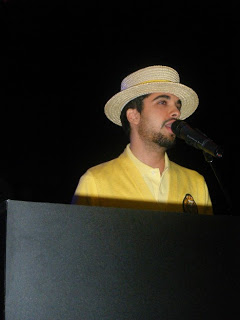 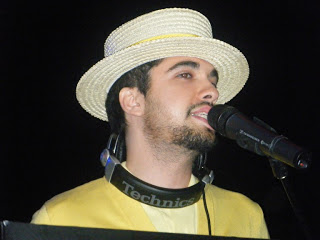 I love DJ Cassidy, he always gets a crowd dancing. I love the fact that he plays my favorite ers of music – The 80’s. Yes, I am an 80’s baby and DJ Cassidy had my heart yet again…this DJ definitely saved my life with some damn good songs. After dancing the night away it was then time for what was probably the most anticipated part of the event – the performance of Robin Thicke.

As you can see, the performance was hot – very hot!! The crowd, including yours truly, enjoyed every supercharged second of his performance (other videos will be posted on My YouTube Channel and My Facebook Fanpage). The man is sexy and knows how to put on a show. Check out his exit performance below

After Robin Thicke’s exit, DJ Cassidy came back on the turntables to continue the party and yet again this DJ enchanted the crowd. But of course don’t take my word for it that this party was the place to be, just take a quick look at the photos below 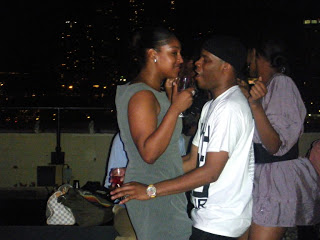 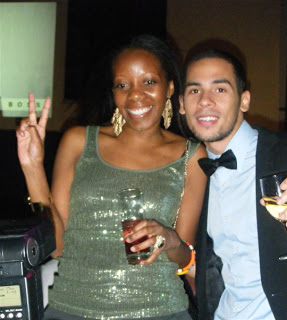 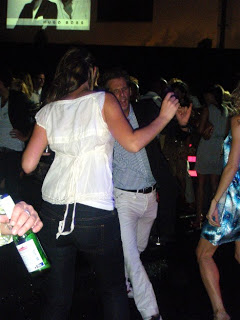 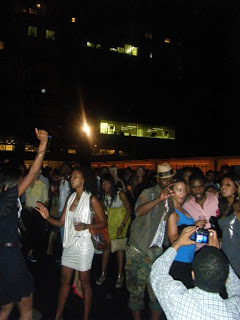 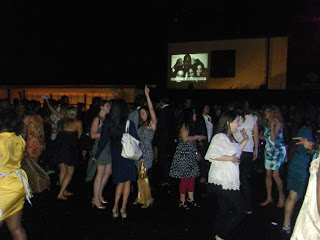 We ended the night not too long after – dancing our way out to Copacabana and as luck would have it, run right into Robin Thicke who very graciously took a photo with us…unfortunately and I blame this on my excitement –  must have hit the flash button on my very “sensitive to the touch” camera because there was no flash and the photo came out very, very dark 🙁 but I guess I still have the memory. Oh what a night. Thank you Hugo Boss…see you next year (hopefully)