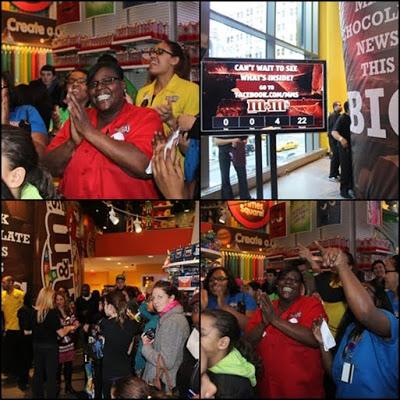 Finally coming out from the behind-the-scenes after seven decades, M&M’s Boss Lady aka Chief Chocolate Officer, Ms. Brown, is finally ready to let the world get to know her. Hidden behind an oversized package of M&M’S Milk Chocolate Candies at M&M’S World in Times Square (located at 1600 Broadway in NYC), a 10ft high statue of Ms. Brown was revealed to excited cheers from M&M fans and staff.

Take a look at the Ms. Brown unveiling and an interview with Lauren Nodzak from Mars Chocolate in the video below:

Ms. Brown is sassy and smart and is a lover of sophistication as is evident by her chocolate-colored Marc Jacobs designed glasses and Judith Ripka glove links. Ms. Brown will make her official national debut in an M&M’s commercial airing during the first quarter of Super Bowl XLVI this Sunday. Following the successful launch of products like M&M’S Pretzel Chocolate Candies, as well as witnessing the admiration her fellow characters enjoy from fans around the world, Ms. Brown decided now was the time to come out from behind-the-scenes and remind the world that M&M’S are not your average milk chocolate. 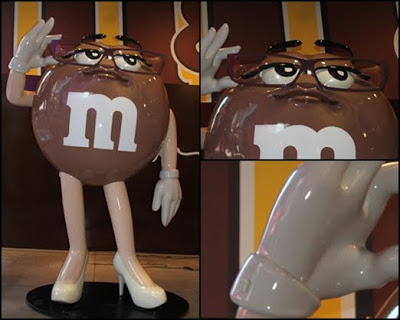 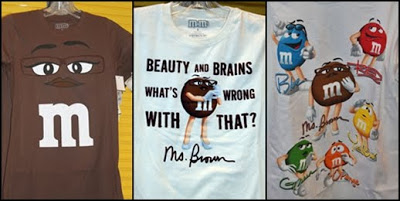 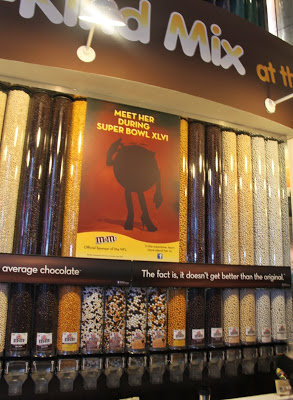 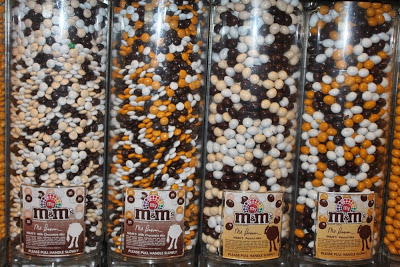 At the event, I met a true fan of M&M’s Chocolates, she goes to every M&M’s launch event, buys all the new merchandise and is a die-hard fan of all thing M&M’s, so of course Ms. Karen Axel-Knispel was in attendance wearing her brown M&M t-shirt, M&M Jacket, M&M tote bag, brown nail polish with little m’s on each nail. 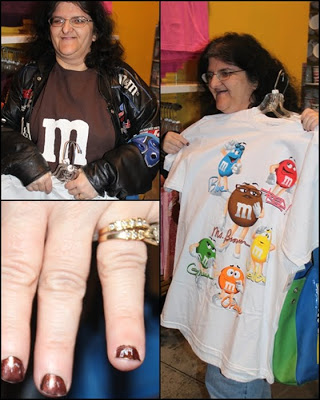 She was the first person to get to the new merchandise racks when they were open to the public – as I said a die-hard fan. But back to Ms. Brown, remember to keep an eye out for the the latest M&M character as she comes out from behind-the-scenes to make her debut during the first quarter of Super Bowl XLVI.

Do you have a link where you can purchase these new items? thanks

You should be able to purchase it here – http://www.mymms.com/merchandise/