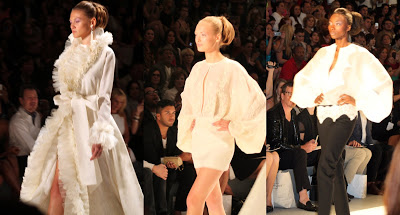 When I think of Zang Toi and showcasing his collection at Mercedes-Benz Fashion Week, I actually think of an opera, which makes Lincoln Center the perfect location to present his fashions. This season was no different; the maestro, Zang Toi took us on a journey filled with crescendos, Grandioso and a medley of harmonious looks in soft, melodious colors (especially surprising were the pastels, which we haven’t seen from Zang). Inspired by his first-ever muse, Julie Macklowe, Zang Toi featured looks that highlighted the different personalities that every woman possesses in her arsenal – sensual bedroom bunny, office vamp, powerful career woman, quintessential lady and the pretty princess

There were so many looks and details I fell in love with at the Zang Toi Spring 2013 Collection, one in particular were the gorgeous details and embellishments on the back of his looks – bountiful flowers, delicate pearls and lots of sparkle 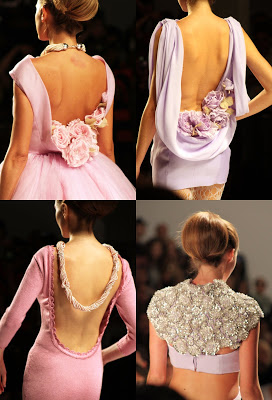 Of course his most dramatic looks were his gowns. I confessed it’s one aspect of his fashion shows that i really look forward to (I’ve been in love ever his the first show of his I attended when he was inspired by the African continent). Are you a fan of pastel gowns, Zang has options for you. Or maybe you prefer something a bit darker and edgier – his specialty 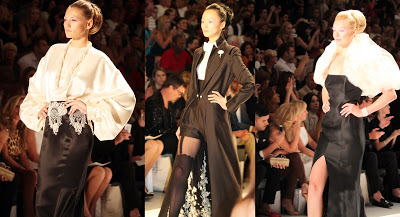 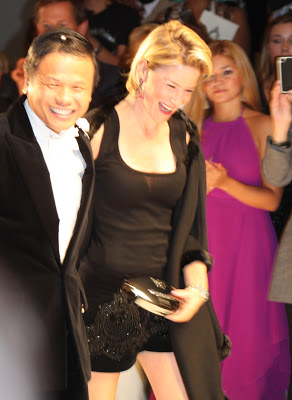