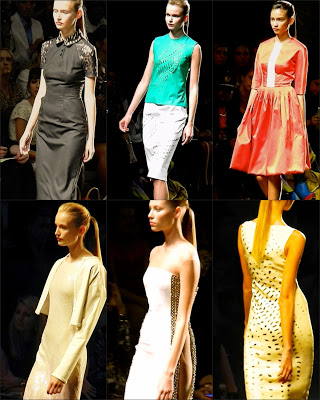 One of my favorite people, Christine Ongsueng of thetinytierant.com, does an amazing job as Guest Blogger for mylifeonandofftheguestlist.com as she covers the Reem Acra Spring 2013 Collection. Enjoy the ride

It was a fashionable biker’s ball at Reem Acra this past Mercedes-Benz Fashion Week. Inspired by artist Aaron Young’s work with motorcycle tire tracks, Reem Acra sent leather cut outs in the form of shifts, jackets, pants, and skirts down the runway. Call it sleek and modern daywear with a touch of rebellion. Pieces appeared mostly in the monochromatic palette that Acra is known for — black and white; though there were certainly some of spring’s stand out shades of green and navy thrown into the mix.

In the same vein as Young, Reem Acra leaves her tracks in this collection, albeit a little more refined and elegant, but it is evident amongst the first few pieces that marched down the catwalk. The laser cut leather shifts, tops, and pants showed the most evidence that Acra took a bit of a literal interpretation to Young’s art in that it did resemble patterns a bike tire would leave on the ground.

A more abstract way Young’s vision was interpreted was through a white stripe block running down the middle of a bright red dress. Acra also leaves her Young-like marks with the use of unexpected borders and belts in bold metals that seductively cut through the clothes as if pieces of fabric were independently placed on the body. Belts were used as a striking element to cinch the waistline and add to the high-octane glamour. 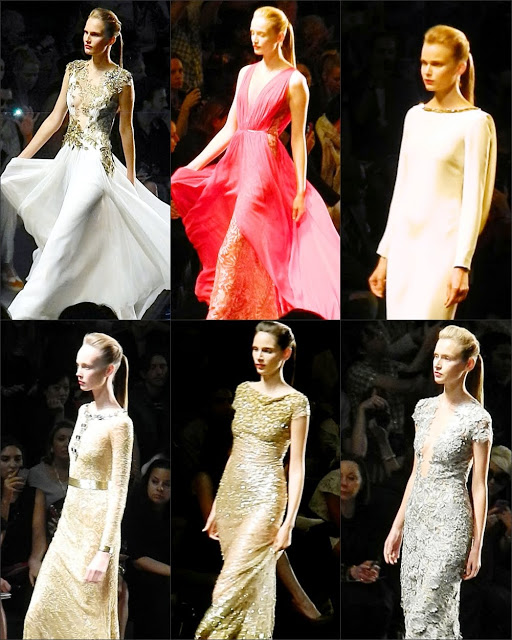 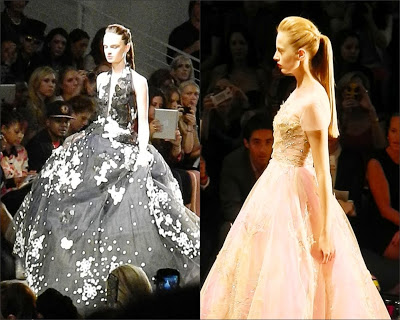 It also looked like nature left its own marks on some of the finer eveningwear that finished off the collection. Gold, silver, and white were used to create overlapping leaf, branch, and flower designs overlaying the flesh and the clothes in a delicate yet bustling manner. All in all, the attendees got a kick out of attending a chic biker’s ball in an enchanted forest.

C. Wonder Opens at the Shops at Columbus Circle