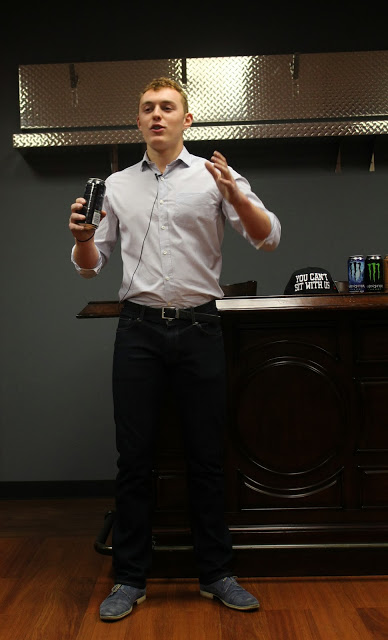 Sometimes you have a need for speed and driving in your car just won’t do – especially if you live in NYC. That’s why go-kart racing is becoming so popular. And quelling that need for speed is so much better when you get to race against a Indy Car driver, especially when its Indy 2000 car driver, Luca Forgeois. I got to do just that at the #Forgeouis500 Event at Pole Position Raceway Jersey City.

In the chauffeured luxury bus from which we left lower Manhattan in, we were greeted with personalized gift bags filled with a PINCHme box, water bottles, a guest pass to 24 Hour Fitness, Detour Protein Bars, and other promotional items from Danalex and R.J.S. Racing Equipment Inc. It was an easy trip to Liberty State park in Jersey City where Pole Position Raceway is located.

Pumped up on adrenaline and drinks provided by Monster Energy, Frava Juices and Hint Water as well as a pep talk with Luca, racers we ready to go. The other racers and I were divided into three groups to race in three heats. After a quick intro and rules we put on our helmets, hopped into our cars and strapped up to race. 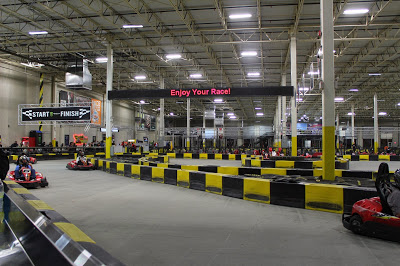 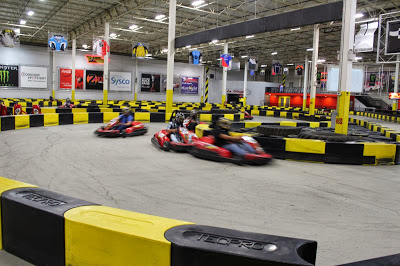 In the first race with my group I came in first but I do not know how I did it. Here I was driving along having fun with the song “The Distance” by Cake in my head as inspiration and I was passing a few people and also pulling off some killer drifting in the turns. At some point I got a direct hit from behind when someone I guess was trying to pass me and that hit just made me go so much faster just to get away and not be hit again. After that hit and getting away from people I look up at the leader board in the second to last lap and noticed I was in first place and that was just enough edge to keep me going especially having 20 years of road driving under my belt, I was proving that I could do this for myself. In the second race I had my group and I had Luca to race against. For the 1st and second lap I was just behind Luca, but when he went to pass me he was able to take me out on one of the turns I was not as good on (turning to my right) and he spun me into the wall. While being spun out and backwards the other racers were able to pass me and I never recovered –because I was too scared to get hit again- which kept me in 6th place for that race and I was not able to qualify to race against him again to win the pair of head phones that were donated by NOIZY Brands, the Crew Love hats or the first place winner prize of Nooka watch. But it was all good and all the racers and non racers had plenty of fun. 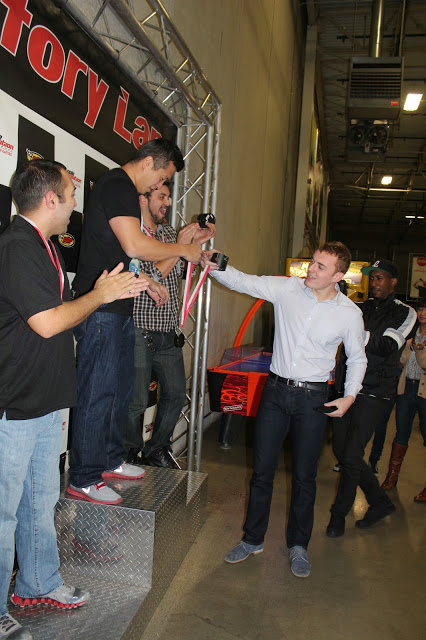 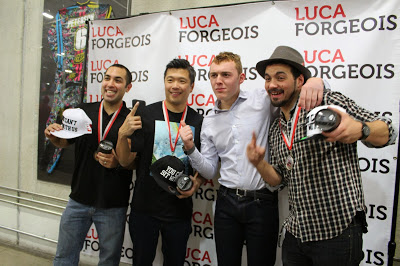 For those who have never been to a Pole Position Raceway, the cars are electric and very fast at a max speed of 45 mph. The race courses are in a large open heated/ cooled building with plenty of places to sit, watch a race, catch a sports game or play video games while you wait for your race. There were people of all ages and the minimum height to race is 48 inches. The space can be rented out for events and birthday parties. There are ten locations around the US and two more opening soon including one in Long Island.

Knowing that Luca who does have ADHD and speaks out for it in awareness for the problem, it has not held him back from his racing. Luca is 18 years old, a senior in high school and is racing as well. I don’t think there are many people who don’t even have ADHD who could keep up with him. Luca uses his driving and especially exercise to help with his ADHD. I am glad I had my chance to meet him and race against him; it was an experience I will never forget.

***Thanks to Contributor, Nicole Solimano of NY on my Mind for covering the #Forgeouis500 Event for My Life on and off the Guest List Make sure to check out her blog.