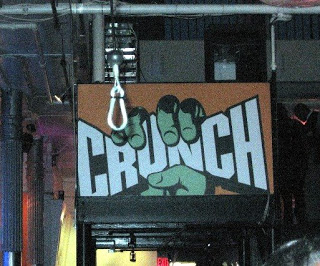 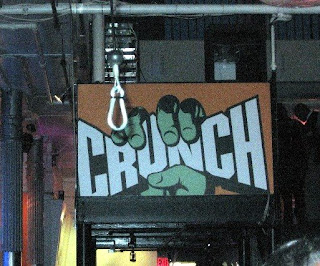 Yes people, a party, a real party at Crunch Gym. Tonight it was just Dave and I. We met up at Starbucks at Astor Place (our usual hangout spot to shoot the breeze, etc) until it was time to head over to Crunch. Anyway, the event was from 8pm to 11pm, we left Starbucks around 8:15pm, we got to Crunch less than 10 minutes later to find this line 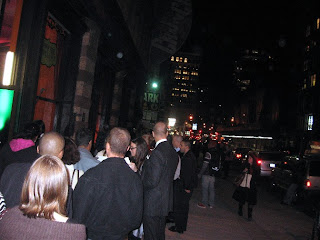 After we made it in, we were asked to pose in front of this step and repeat (just like at the Susan B Komen event). As you can see, the event was sponsored by PINK Vodka, Michelob Ultra, Lucid Absinthe, SkimKim Catering (who did some excellent hors d’oeuvres), and Spiegelworld. 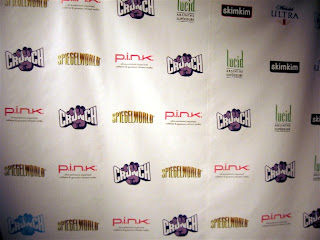 Across from the step & repeat were girls dancing on poles, yes poles. Sorry guys, their outfits weren’t my cup of tea (they were wearing bra tops and boyshort underwear-type shorts but shorter) but the greeters had way cute outfits on 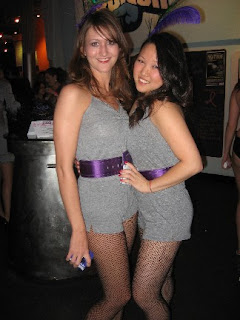 And then just beyond that was a mantue (man statue). Dave and I didn’t even realize that he was real until after the drinks (LOL), go figure. Here he is 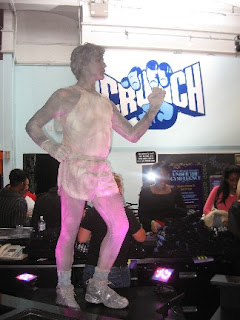 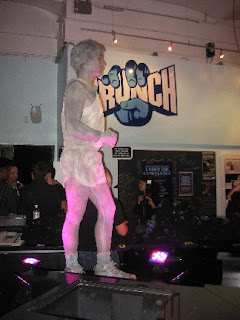 And speaking of drinks, we surely had our fill. Just an FYI, PINK Vodka and Grape Juice is awesome (not grape soda, juice) and I’ve added Vodka Smoothies (in the test tube shot glasses) to my list as well. I’m not a beer drinker but many people were and they had a blast with the drink as many as you want cooler of beer (and there were two kinds of beer) 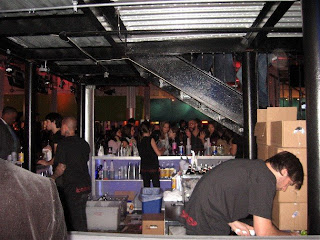 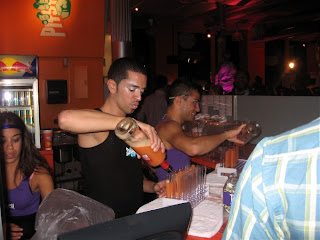 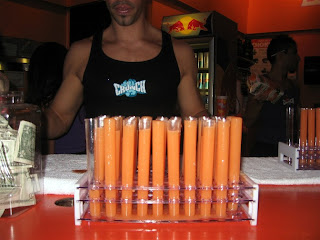 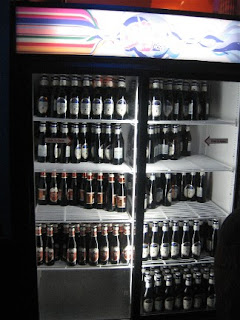 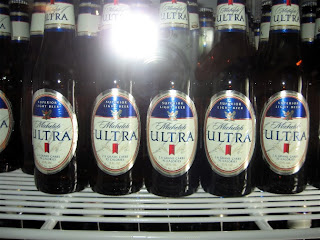 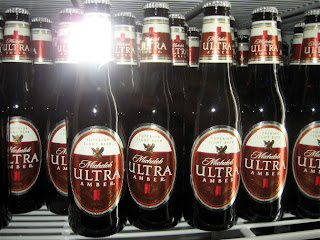 Anyway, drinks in hand, we walked around the gym, which looked like a club with gym sets with all the mood lighting. It is a very large gym (three floors, although we only stayed on the first) and there was a lot of people 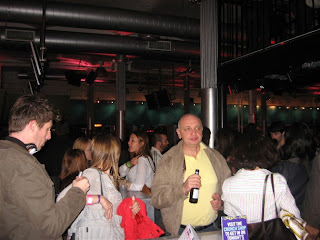 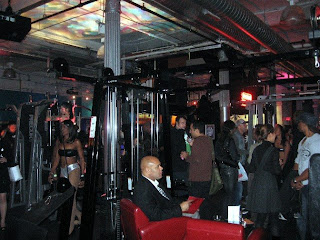 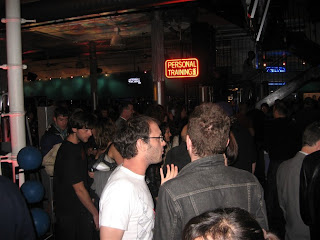 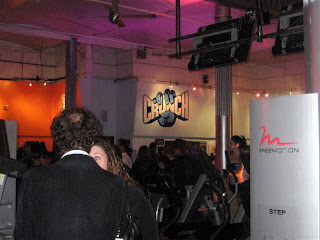 First thing we notice is this guy dancing to the techno music the dj was playing. I think he is from Spiegelworld (as well as the dj) 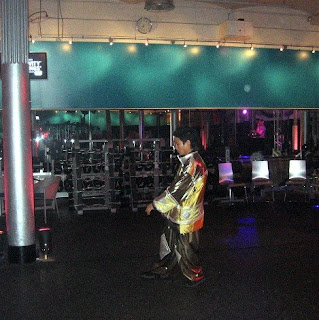 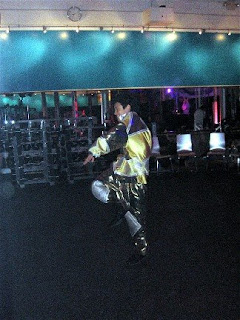 He was entertaining for a while. We were just beginning to enjoy ourselves, about to grab an hors d’oeuvre and bopping to the music. Then it happened…..I’m sure you all are familiar with the movie I’m about to mention – I hope so because it is essential to what I’m about to write. The movie I’m talking about is Jurassic Park. Of all the scary dinosaurs they showed, the ones that scared me the most were the Velociraptors. 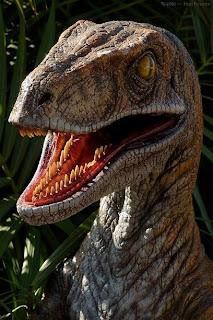 You know the ones – they trick you. One distracts you while the other or others are hiding and then they pounce on you. Well, like at the BizBash event, these creatures were present at the Crunch Gym party. Velociraptors – that’s the best word to describe the debauchery that was going on – people chasing down servers, pounching on their trays like well…………velociraptors. One woman laughed when I proclaimed that I refuse to fight for hors d’oeuvres. 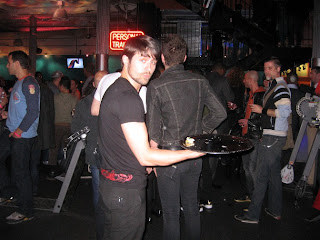 I actually got a chance to take some video during the party. The first two are focused on the servers. Watch how quickly they are surrounded.

The servers eventually fought their way through the crowd surrounding when they were coming from and came to where Dave and I were – they always go to the people who are not on the attack. All we did was stay in one place away from the crowd. Of course the crowd followed the trays but thankfully quickly scattered either once they had their fill or realized they were too late and this is how it went all night. Food wasn’t the only thing passed around on trays though, these were too (LOL), enjoy your workout indeed 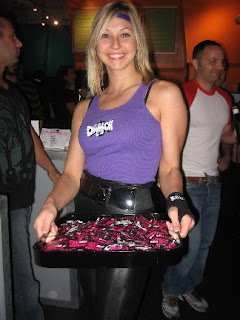 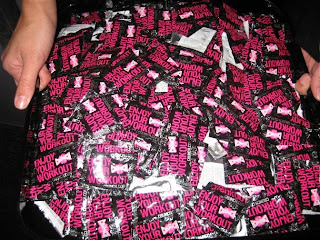 There were a few classic moments of the party and I got two of them on video. I’m not sure if I stated this (this post has become so long) but they had some of their employees (I’m assuming) just going to different machines and just work out or mock work out because I didn’t see not one bead of sweat. Anyway, I got video (woo, look at those muscles)

But the highlight of the night (besides seeing Dave get more tipsy as the night went on), was one of the Crunch employees getting on the counter and shaking what his mama gave him, he was even getting tips

Great event, there was plenty of guys to look at (although their eyes were preoccupied with staring at the half naked women that were fake working out). On our way out, dave and I sign a little card to pick up our gift for the night (no gift bag but everyone got Crunch t-shirts) 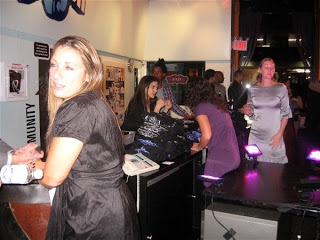 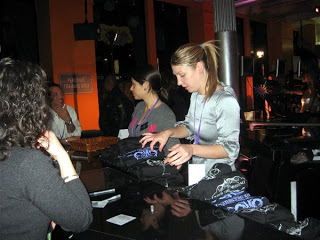 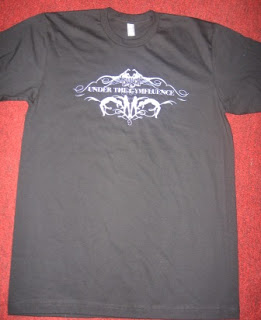 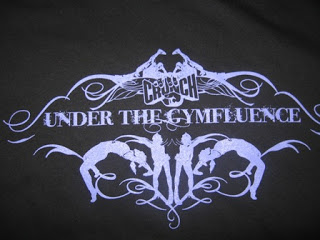 The logo is pretty cool. Anyway, Dave and I left and took our tipsy selves to Cozy’s Soup and Burger for some great breakfast food.

Giveaway: Win an Item from the Fowler Sister for JustFab Collection