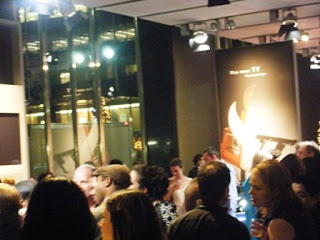 One of the reasons I don’t really like going to events in the winter season is of course the weather. It’s usually either cold or rainy and of course hated combination of cold AND rainy.

This day was just cold (lucky us) but as always there were multiple events, so by this time we were a bit exhausted. By us, I mean Dave and Kim. Anyway, this event was Mens Vogue and Audi Presenting Photographer Steve Schapiro ‘s Book with Taschen Books: The Godfather Family Album . Hosted by Chevy Chase and photographer Steve Schapiro and held at the Audi showroom on 47th street the event promised showing rare photos of never before seen images from all Coppola’s three films but we never saw any. I don’t know if we got there too late and they took them down, or they were in another room or what. Its not like the event was almost over or anything, I ean look at the crowd when we walked in 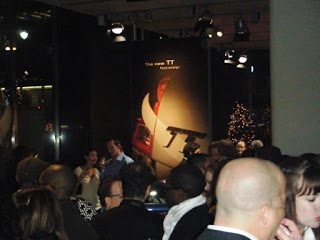 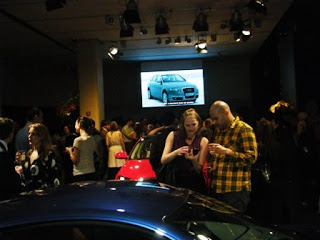 I did spot Chevy Chase and wasnted to get a photo but he excused himself before I could actually speak to him but his entourage said he’d be back (we never saw him again). Anyway, while there, Kim spotted people she knew and went over to chat while Dave and I took photos of the cars 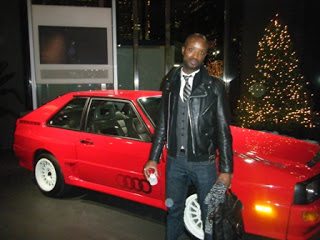 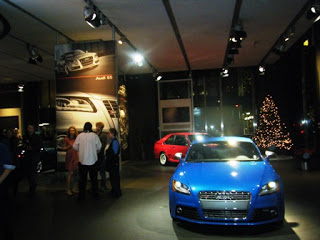 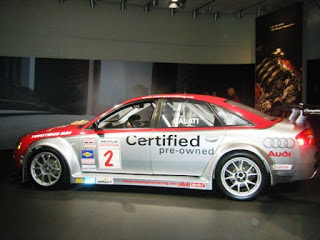 As I said we saw no photos and to us it was a bit of a snooze. Hope the next is better.

Night on the Town: Birthday Celebration of Mykel C. Smith