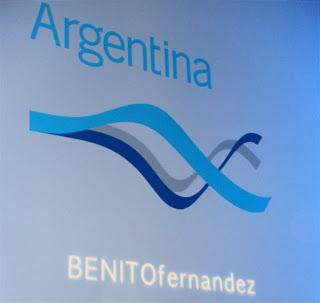 Five Argentinian Designers showcased their designs during fashion week to celebrate the beauty and talent of Argentina. We were treated to collections from the following lines – Benito Fernandez, Cardon, Eufemia, Min Agostini and Zitta. The chosen designers were selected by a a group of New York’s Fashion Editors and stylists and they were chosen based on their creativity and experience.

First up was Benito Fernandez who is known for his use of vibrant color and his modern designs. Surprisingly coming from a Law School background, Benito now owns his own boutique and dresses many of Argentina’s and several international celebrities. His collection was not just colorful, it was vibrant, full of life and was definitely the most youthful of the designers. 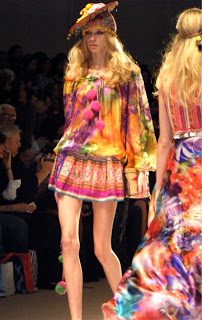 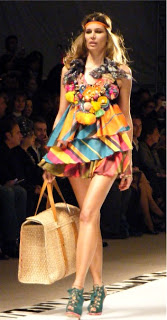 More of his collection can be seen on his website – http://www.benitofernandez.com.ar 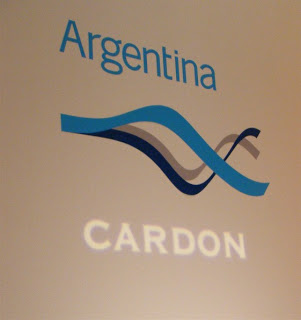 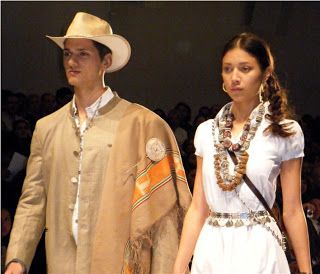 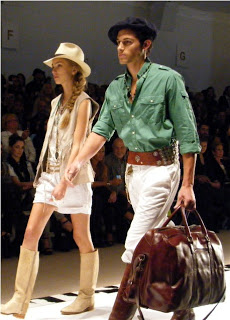 More can be seen at http://www.cardon.com.ar 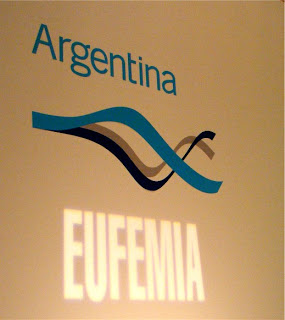 The third collection was Eufemia by designer Juliana Gacio and my favorite collection. Unlike the others, this collection was aimed at the more trendy young woman. As you’ll see below, Juliana is inspired by the Pop Rock icons of the 80’s. The beauty of this collection is even though it was more modern than the others, the majority were classic pieces – the black crop jackets and cream pieces were very New York. Eufemia is available in several boutiques in Argentina and Juliana opened her own boutique in Palermo Soho in 2003 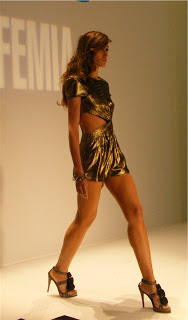 More of Eufemia and Juliana’s collection can be found at http://www.eufemiaba.com 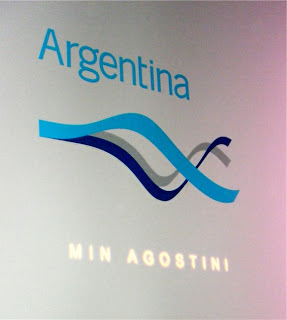 The next collection was by Min Agostini, like Juliana, a female designer but that’s where the similarities ends. Min who comes from a architectural background creates structured styles that brings a sculptural aesthetic to her designs. Min Agostini’s collection is best described as a minimalist avant garde collection which is heavily influenced by her artistic background. Like three of the other designers, Min Agostini has her own boutiques, two to be exact, in Buenos Aires. 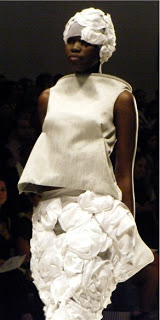 More information on the Min Agostini Collection can be found on http://www.minagostini.com.ar 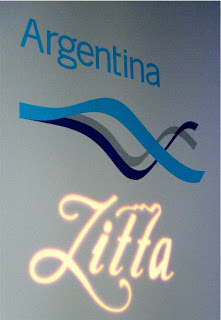 The last collection of the evening was the Zitta Collection from Fabian Zitta, a licensed anesthesiologist turned self-taught fashion designer who launched his first collection in 2004. This was easily the most decadent collection from the entire show. If clothing were cake, this would be French Vanilla or maybe sinfully innocent Butter Creme. As you can see, Fabian is greatly influenced by the 1940’s and 50’s and its sophisticated glamour. His talent even impressed Francis Ford Coppola, who hired Fabian Zitta to design the costumes of his movie, Tetro. Zitta Costura has crossed the oceans to America where Singer, Pink and Katie Holmes are counted as fans. 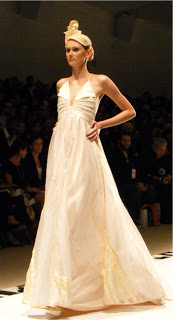 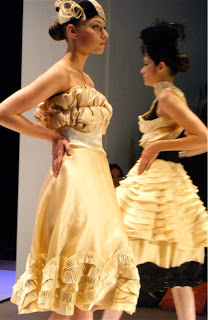 To see all of the five collections, check out the finale video below