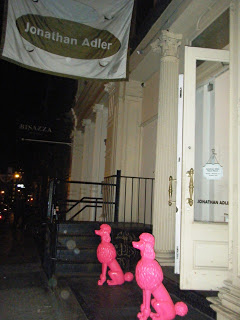 I had the wonderful pleasure of attending the Barbie Loves Jonathan Adler Collection Launch and Reception last night the Jonathan Adler -Soho boutique (located at 47 Greene St). After getting a little lost (eek), I arrived to find two hot pink Barbie poodles “guarding the gates” to Barbie furniture heaven and a beautifully pink windown proclaiming “You don’t have to be a doll to live like one” 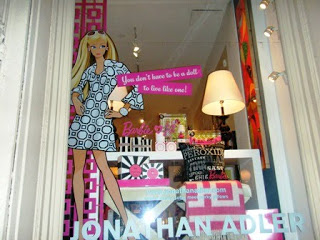 Upon entrance, my camera kept on clicking as i glanced over all the Barbie design elements such as the framed portraits that flanked a large mirror and a few other Barbie touches 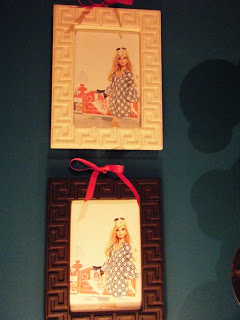 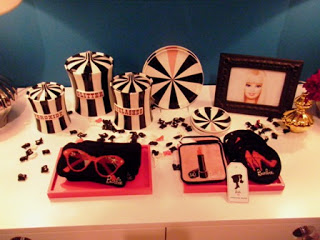 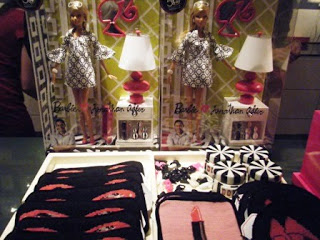 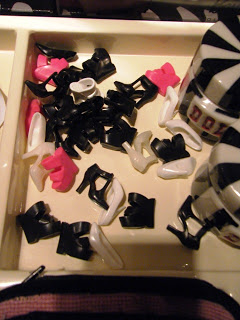 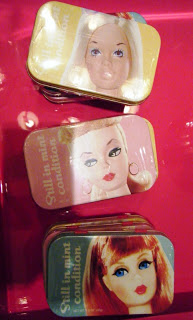 Anyway, the crowd was the usualy mix of uptown/downtown (mostly downtown) 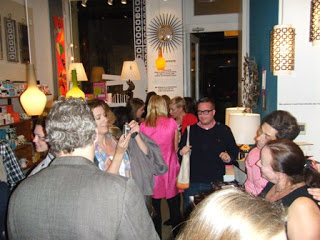 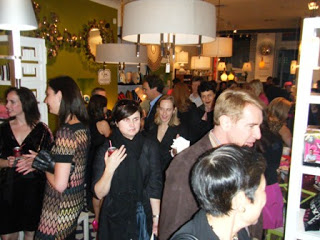 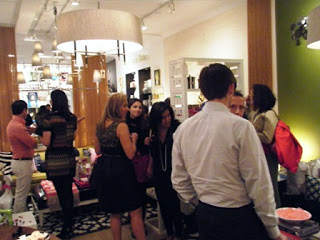 oohing and aahing over the furniture, the sweet delightful pink treats, the Barbies and of course Jonathan Adler himself (who unlike me was appropriately hue-attired for this event) 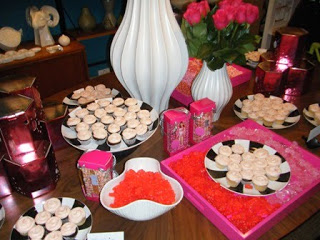 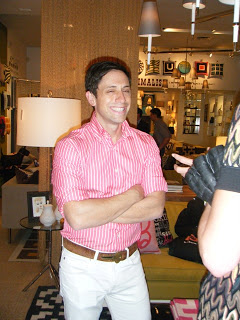 of course, Jonathan wasn’t the only one dressed in Barbie’s favorite color, staff and servers also wore the signature color 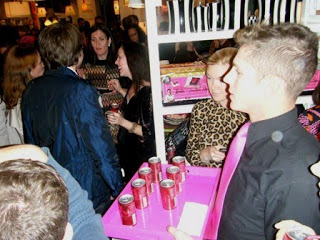 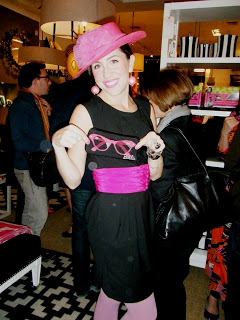 But of course the reason we are here is Jonathan Adler’s amazing furniture and accents. For those of who may not know, Johnathan Adler designed a life-size Barbie Malibu Dream House back in March of this year. 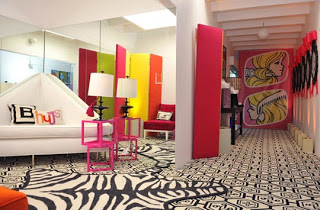 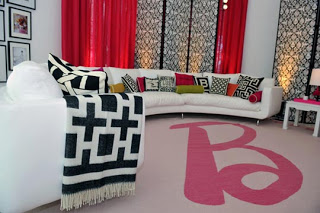 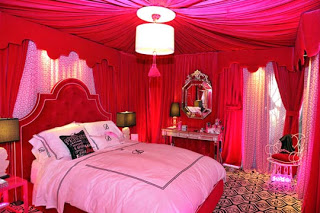 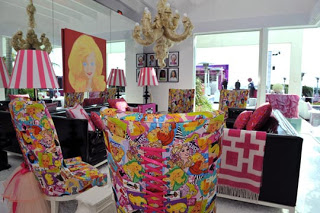 Now you can get some of those design elements and add them to your own Dream House, such as the Barbie pillows, which ranges from $98 – $165 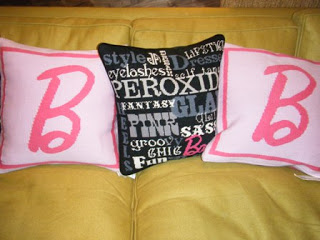 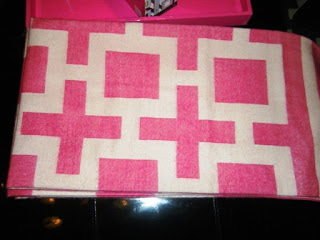 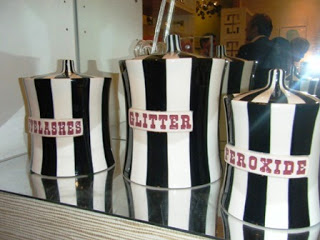 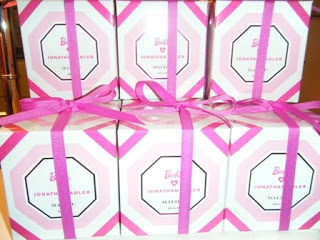 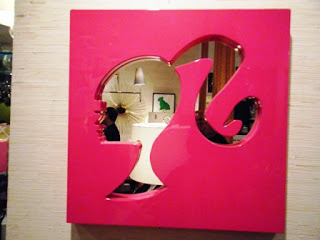 and of course Barbie herself and her Johnathan Adler Couch which retails for $49.95 each (they each come with design elements) 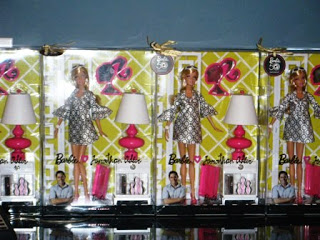 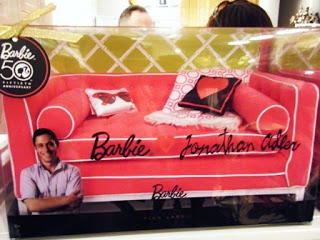 As can be seen in his store, Jonathan has also created a Barbie Manifesto (my favorite Jonathan Adler Manifesto is “we believe in carbs’ -I might be paraphrasing slightly but you get the idea). I hope you will be able to make out the Barbie manifesto 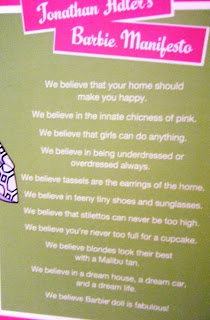 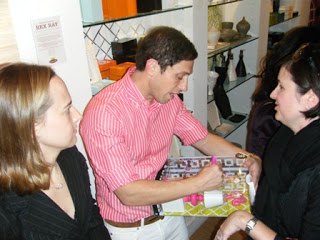 Now, I must say this, Jonathan and Simon Doonan make the most adorable couple; Simon is hilarious, no question about that and I love it relaxed attitude. To watch them interact with each other is so cute (I hate using the word cute when I’m talking about two adult men but…damn it they are cute) 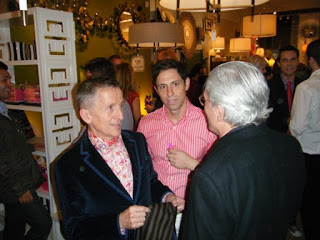 Save Your Shirts – Remove Deodorant Stains with Deo-go