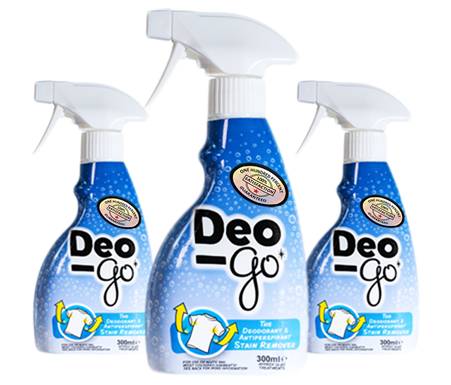 There is this hilarious deodorant stain commercial featuring men that have yellow canaries flapping around their armpits every time they raise their arms. I believe the tagline goes something like this – “everyone notices yellow stains. . .”. Though it’s a funny commercial, it’s also one that’s very true and unfortunately not just for men but women as well. Besides, all of us need to know how to remove deodorant stains at some point. Of course, we women won’t wear white shirts that have gotten to that point but even we cannot escape the occasional discolored spot in the armpit area. I know I’ve thrown out several camis, tops, shirts, and sweaters because the underarm area has become discolored from deodorant stains and/or perspiration. Well, there’s a product that will not only save your shirts but will save you money. So before you throw those discolored shirts and tops away, try Deo-go.

Deo-go is “a unique gel liquid cleaning agent, specifically formulated to remove deodorant and antiperspirant stains. Its active ingredients target antiperspirant or deodorant residue build-up better than any other product. They dissolve and completely remove the stain, restoring the garment’s original appearance.” Plus it has a wonderful Almond scent.

As someone who perspires a tad more than most (not much but enough to aggravate) and one who has thrown away too many shirts, tops, camis (even bras), etc because of stains, I was more than ready to try this out. I actually found a shirt I haven’t worn in a little over a year (I moved so it got lost in the mix instead of going to the trash) because of its stains. And I must say…wow…Deo-go REALLY REALLY REALLY worked!! A top that was destines for the trash has found new life in my closet. You don’t have to listen to me…judge with your own eyes.

BEFORE – you can clearly see the discolored area 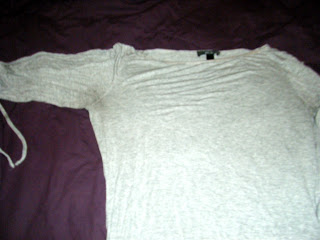 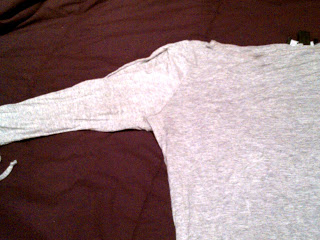 As you can clearly see, the over a year old discoloration is completely gone and I didn’t have to do anything but spray it on the stain, rub it in and let it sit for about 20 min (I actually only did 10 min) then add it to the wash. Below is a close up without flash so you can see the amazing result it in natural light 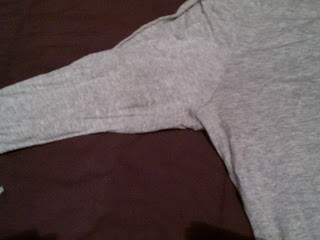 This little bottle of wonder (well it is actually not so little at 250ml) is only $10.50. This 250ml Bottle will treat approximately 15 garments but I think more because I didn’t use much on the above Grey top. To see more of the Deo-go magic, check out these Before and After Pictures. For even more information on Deo-go, like Deo-go on Facebook. Trust me, you NEED this is your laundry room, basket, etc.