By now you’ve seen the finale and hopefully know who won. Do you agree with the decision? As I’ve been reading all day, this is one season where the audience is in total disagreement with the judges decision. I was lucky enough to attend the Project Runway Show and while they we did not know who the finalists were (ten designers showcased their collection), I must admit, Gretchen Jones‘s (or Wretchen as she’s been called) was not my favorite. But before we get to that, I along with my plus one got amazing seats. We were seated directly across from the judges, so I got some wonderful footage.

Now on to Gretchen. I have a few questions – Would you wear Gretchen’s collection? Was hers your favorite? Do you think “Gretchen has her finger on the pulse” as the judges said? Check out the finale of her collection below

Maybe, like me, yours was Andy South. Andy’s collection was certainly not boring, I’m not sure if it was the fact that it was different and sexy and fun but I love his mix of the bold metallic Citrine with the Silvery Grey – judge for yourself below

Or maybe, you loved the obvious fan favorite, Mondo Guerra. His collection was bold, vibrant, edgy. The combination of the large plaid prints mixed with strong colors was very impressive. I can see Rihanna wearing his runway looks now

No matter what, the reunion show should be a very interesting one with the majority of the cast anti Michael Costello, the meanness of Gretchen Jones and all the other drama that went on during this season. As I stated above, we saw the collections from ten contestants and i do have video from the other. I think I will feature in another post and concentrate on the final contestants here. Anyway, see below for photos from the show (including a nice appearance from Anthony Williams showing off Tim Gunn’s new book…love Anthony) 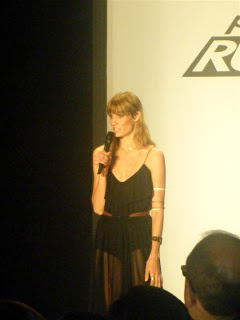 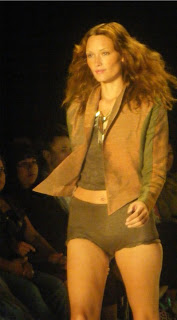 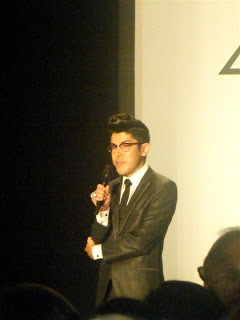 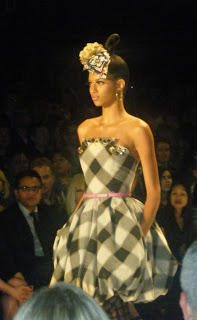 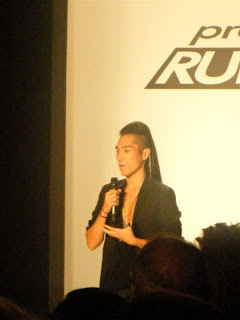 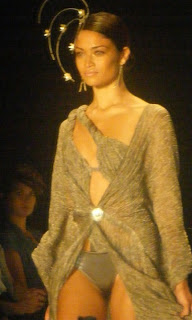 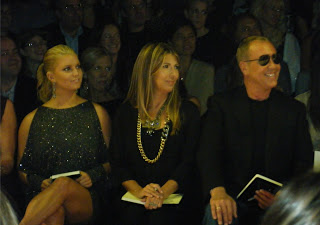 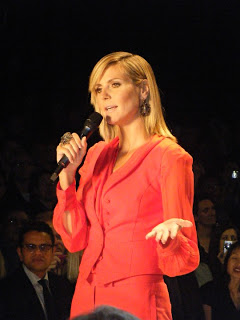 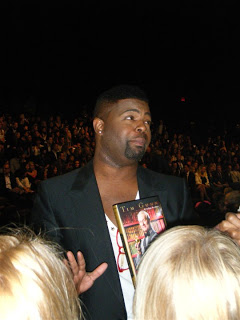 Save Your Shirts – Remove Deodorant Stains with Deo-go

For viewers who are actually "into" Fashion you can check out fashion week 2011 photos on line and see that Gretchen having her "finger on the pulse", really translates to Gretchen knows how to steal other ideas and play them off as original.

The grey panties walked the runway for the designer Maria Korovilas ( look up New York Fashion Week Spring 2011: Academy of Art University).Gretchen's first winning look had capped sleeves in an alternate fabric with a curved back hemline….again Maria Korovilas (Gretchen's was just a little shorter).A viewer can find many fashions coming in Spring lines that are traces of "Gretchen' originality"

There is not much Mondo in the Spring lines though- he IS truly original and his stuff can be knocked off where as Gretchen's stuff is already knocked off from other places.

Project Runway was not originally a wearability show (at least that is what MK and NG would say in their critiques-but then again they auf'ed April for making "panties") and that is what kept it interesting. The average viewer does not "follow fashion" perse.

BTW…Gretchen already tried her line on the public and was not successful. I wonder why NG did not know this since she is an editor of a big mag. It is called MothLove. She is even pictured in it's label (bending by a stream). How egotistical is that!But ego is a good thing in fachion, I suppose.

Anyway her droopy tank top (made into a dress) is the only piece she was able to sell to "Shopflick". It comes in colors that reveal her runway show to be non-original in another way. She used the color names " shadow, thunder, overcast and light". Her Runway show, as you may recall, was called "Running through Thunder".
Personally, I question if she may have exhausted all of her own creativity…but then again knock-off designers can make millions for Kfart, Tarje, Wallyworld etc.
P.S.I live near Native American tribes and they were not too pleased at the way she portrayed ancient designs in her "original" fabric print.Thet was to "inspiration"-it was "duplication".

My overall prediction is that fashion will continue and people will pick what they like. Mondo will do well. Gretchen will work for a "mid-line" and PR rating will fall off dramatically.