First designer up was Holly Smith, who’s woman’s collection was inspired by the Double Crested Cormorant, a water diving bird. Its sleek long neck and movements diving in and out of the water re symbolized in the hooded garments, details and seams. Her collection featured leather, wool and wool jersey and also featured hourglass silhouettes with broad shoulders which were representative of the female athletes who were Holly’s muses.

The second designer was cheap kaletra pills Minha Yoon, who’s collection was inspired by the effect light and shadows. Her all black collection featured subtle contrasts in texture, layering, balance between tension and drapery were the main elements of her collection.

The third designer, generic kaletra coronavirus Stephanie Gelot, featured on of my favorite Academy of Art collections. Her knitwear collection references classic imagery of the nomadic peoples of Europe and Asia. Her silhouettes and textile aesthetic were also developed by Middle Eastern stonework and tiles. 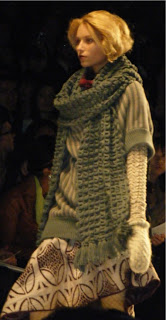 Designer http://lauratanzerdesigns.com/?kaletra=lopinavir-tablets Hurst Chang-Wei Lin decided to switched creative sides. He left his job as a magazine editor in Taiwan to pursue “a life as an artist who can color the human body”. His collection was inspired by photographs of alchemists, Arabian traditional costumes and drawings of Templar and alchemist symbols.

ritonavir buy uk Dejchat Sriyoopum‘s womens collection (another all black collection) was influenced by the architecture and strong women of the Victorian era. I love his use of pairing silk pieces with wool, like combining  a wool jersey and grosgrain top with a Duchess silk satin skirt

Jonathan David Baker, the third and final male womenswear designer is not a newbie to fashion – he previously interned for Rodarte. His woven and knit collection was inspired by Japanese underground including geisha houses, Kabuki Theatre, tattoos and gangs. 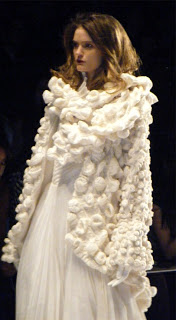 The final designer, Aura Taylor, was a womens and children’s wear designer before pursuing her M.F.A in Fashion Design at Academy of Art. Her colelction combines traditional tailoring with a no-sew techniques such as heat welding, vacuum press and adhesive tape. Her collection was my absolute favorite from the Academy collections, I love the combination of black and white leather and wool

I hope you enjoyed these collections as I did and make sure to keep an eye out on the fashion pages because you will see these names again. Enjoy the finale video below – I wish I got video of the designers but from my vantage point mixed with the designs not walking all the way out, I did not get to see them.

Win a Trip to Fashion Week from LOFT & US Weekly