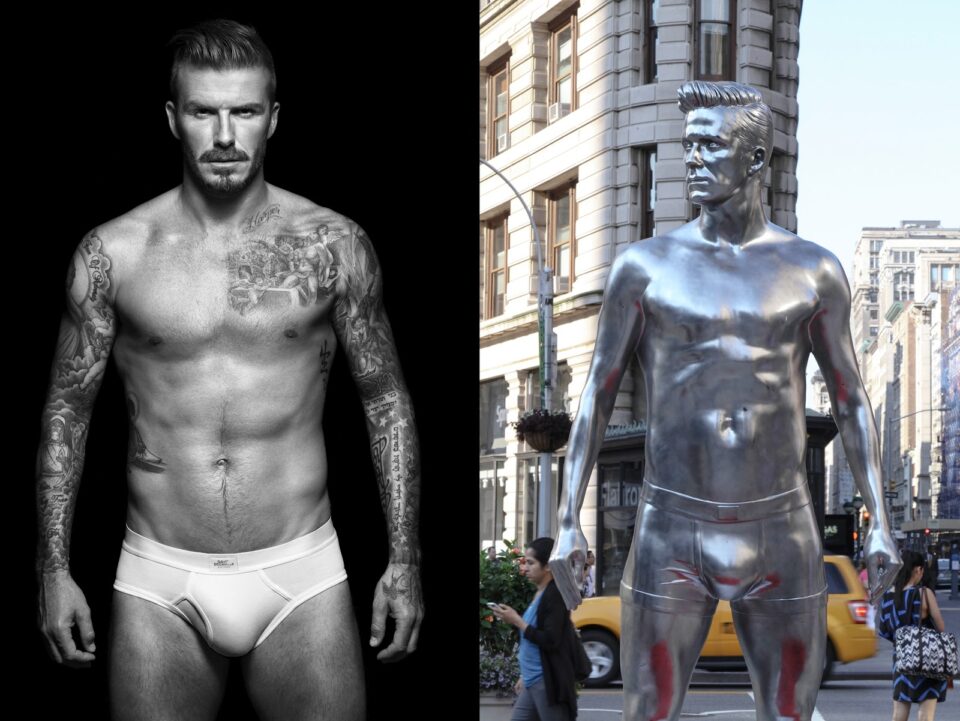 Apologies first for making you stop dead in your tracks with the amazingly sexy images of David Beckham from H&M’s David Beckham Bodywear Campaign, but I do need you to scroll down for a moment – what comes after is worth the brief aversion of your eyes 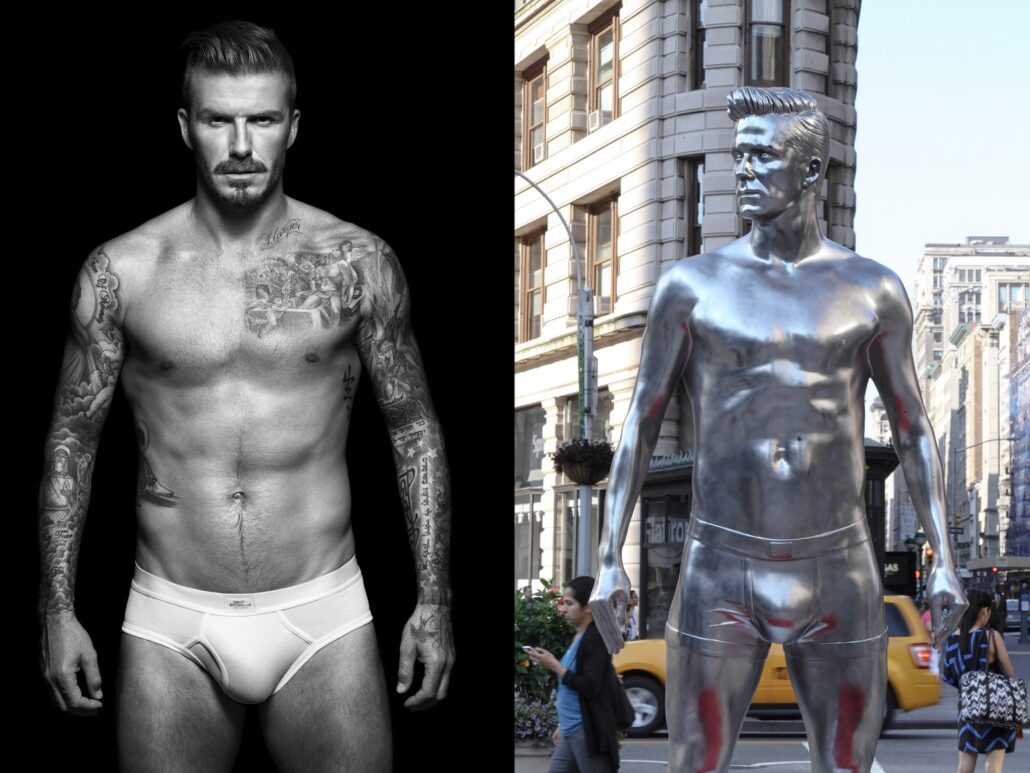 To celebrate the launch of the second ad campaign for the David Beckham Bodywear Collection, H&M is hosting a David Beckham statue stunt and giveaway throughout the country! As of yesterday, August 16th, nine 10-foot statues of the gorgeous soccer star was placed in hot spots throughout New York City (above in the Flatiron District and below in Central Park and South Street Seaport), Los Angeles, and San Francisco. To win exciting prizes and giveaways from H&M, all you have to do is snap a picture on Instagram with your favorite Beckham statue anytime from August 16th through August 19th, and tag it with #HMBeckham for the chance to win one of 100 mini, limited edition David Beckham statues (your own mini David Beckham); one of ten pairs of signed David Beckham underwear; and the grand prize which includes $1,000 H&M shopping spree! See statue locations below:

Can’t get to the above locations during those dates? You have a second chance to take a picture with Beckham from August 20th to August 31st at H&M store locations throughout the above mentioned cities. Follow @HMUSA on Twitter and visit HMBeckham.com for details on other great ways to win rewards! The contest will be live on HMBeckham.com for residents of the U.S. until August 31st. All winners will be selected at random. 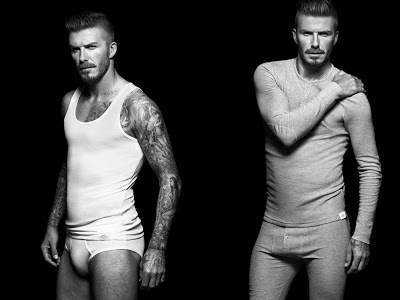 Prabal Gurung for Target: Love Is More than a Feeling, It’s a Collection Too!