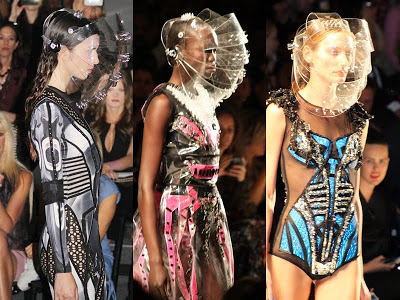 It was a futuristic sci-fi dream at the Falguni and Shane Peacock Spring 2013 Collection show. Known for their adventurous and dramatic designs, the show opened with models clad in stunning, out-of-this-world bodysuits and a transparent dress that lit up which were paired with the coolest headgear I’ve ever seen – studded Plexiglas helmets.

While the collection itself was still ahead of its time, it was a bit more subtle than the show’s opening looks. The Falguni and Shane Peacock collection was sci-fi meets rock and roll with lots of modern structural and geometrical silhouettes; the edgy cosmic collection featured peplum silhouettes, mesh inserts, transparent trims, sequins, crystals, beading, feathers and metallic fabrications with reflective embellishments but we also saw an ode to the past in the form of vintage cat-eye glasses 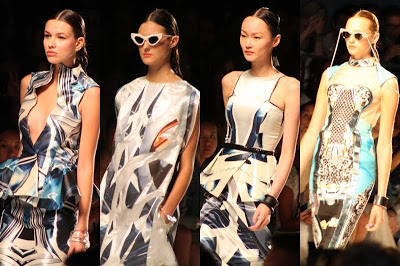 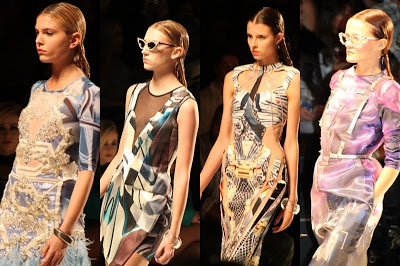 The collection also featured a variety of colors that shimmered and sparkled on the runway ranging from subtle to bold, graphic and psychedelic prints and lots of fantasy looks that would be any chic, fashionable nerd very happy. 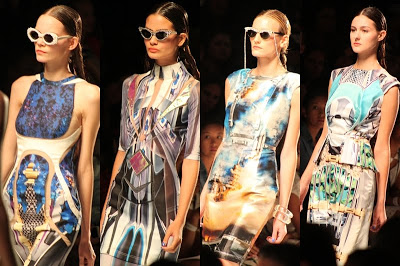 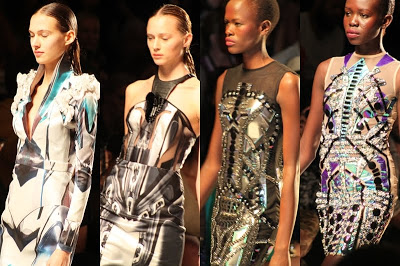