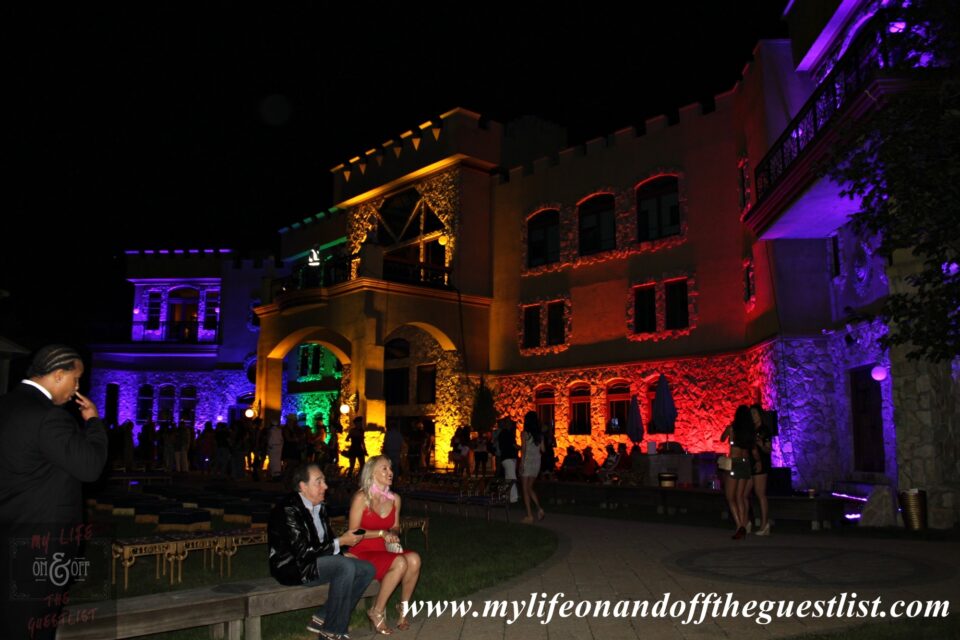 Although it’s been a while, we finally made it back to the Hamptons. thanks once again to Recording Artist and Philanthropist, Sir Ivan, and another of his fabulous parties at his 15,000 square foot Castle in Water Mill, New York. To celebrate his new anti-bullying anthem and Billboard hit, “Kiss All the Bullies Goodbye” featuring Taylor Dayne and produced by Paul Oakenfold, Sir Ivan held a 70’s “love fest”. Inspired by the White House’s stunning rainbow colors after the Supreme Court’s decision on Marriage Equality, Sir Ivan’s medieval style Castle was lit up in a mesmerizing disco flashing rainbow light show. 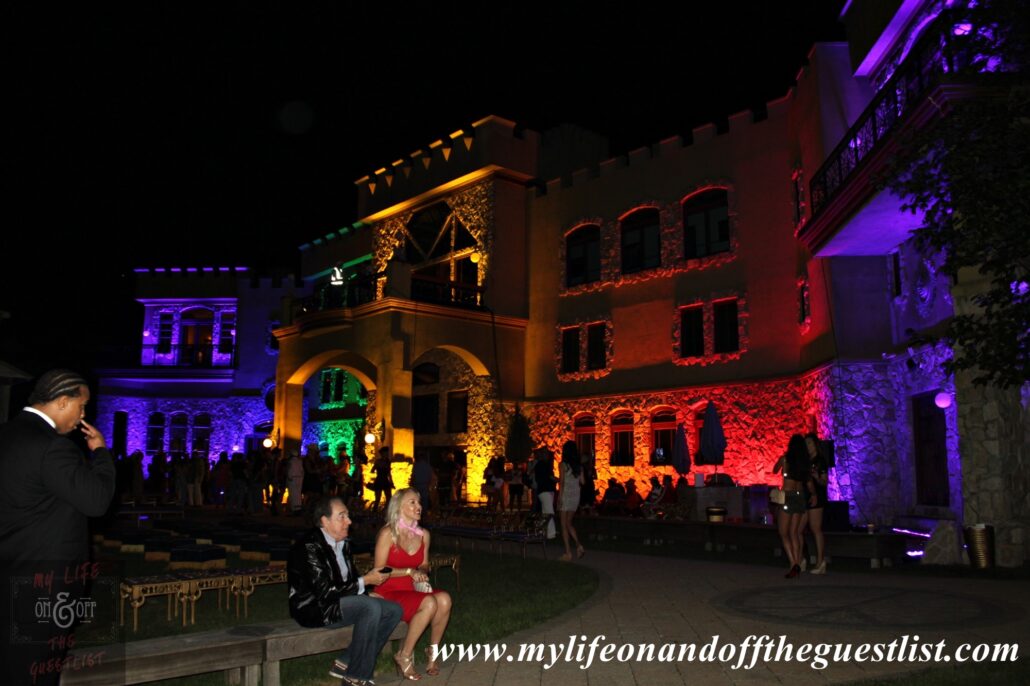 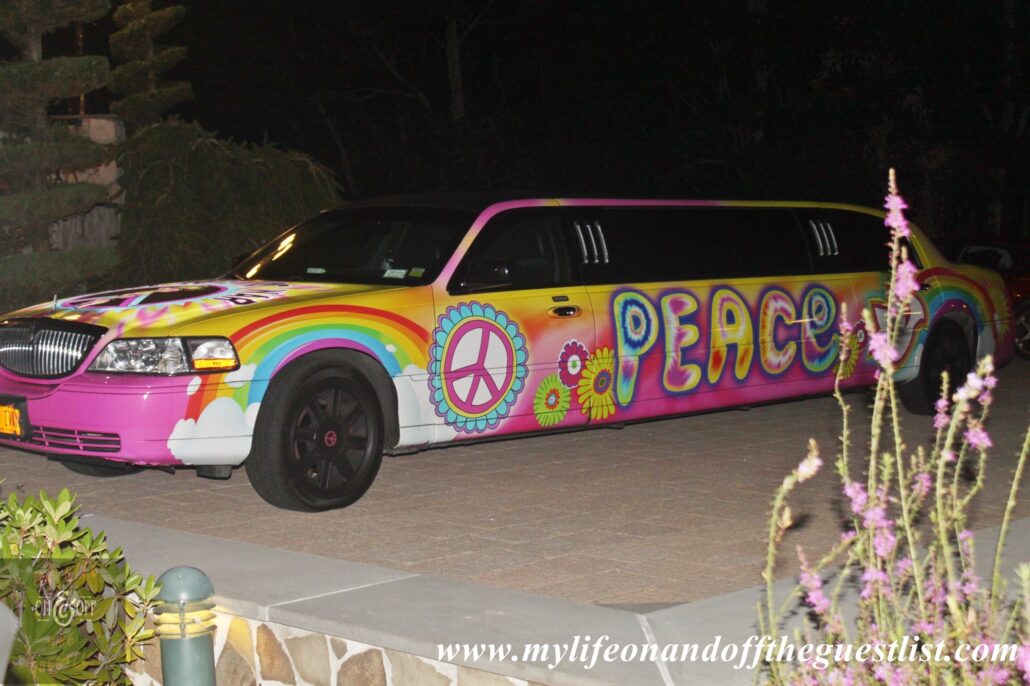 More than more than 600 attendees, dressed as members of the Village People-inspired costumes (the event’s theme) were present to celebrate this song, many of whom Sir Ivan had transported from New York City to the Hamptons. 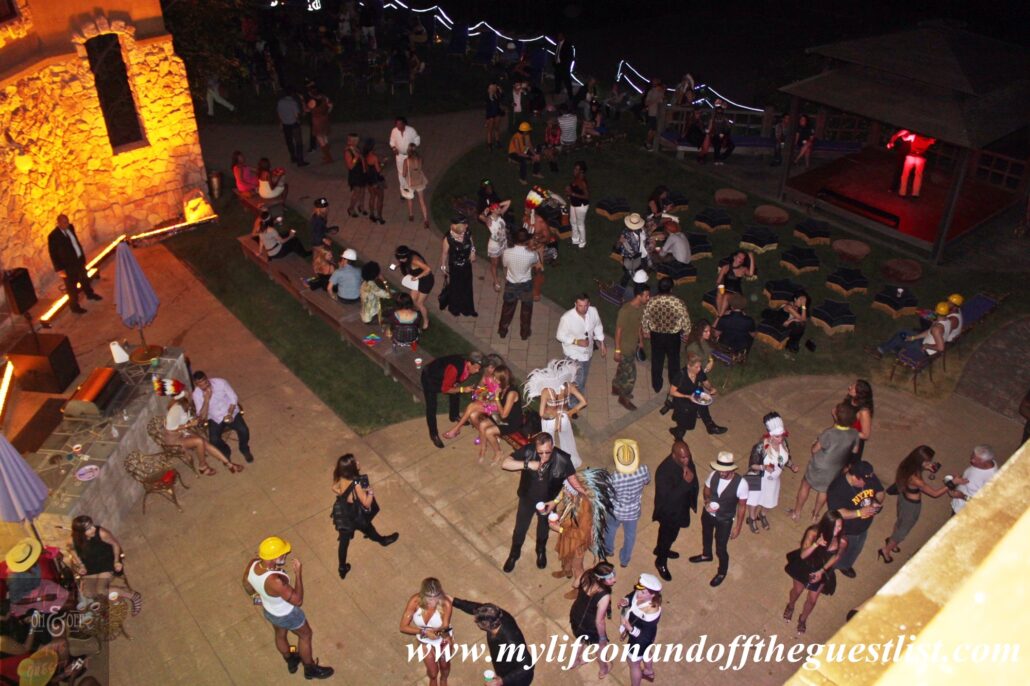 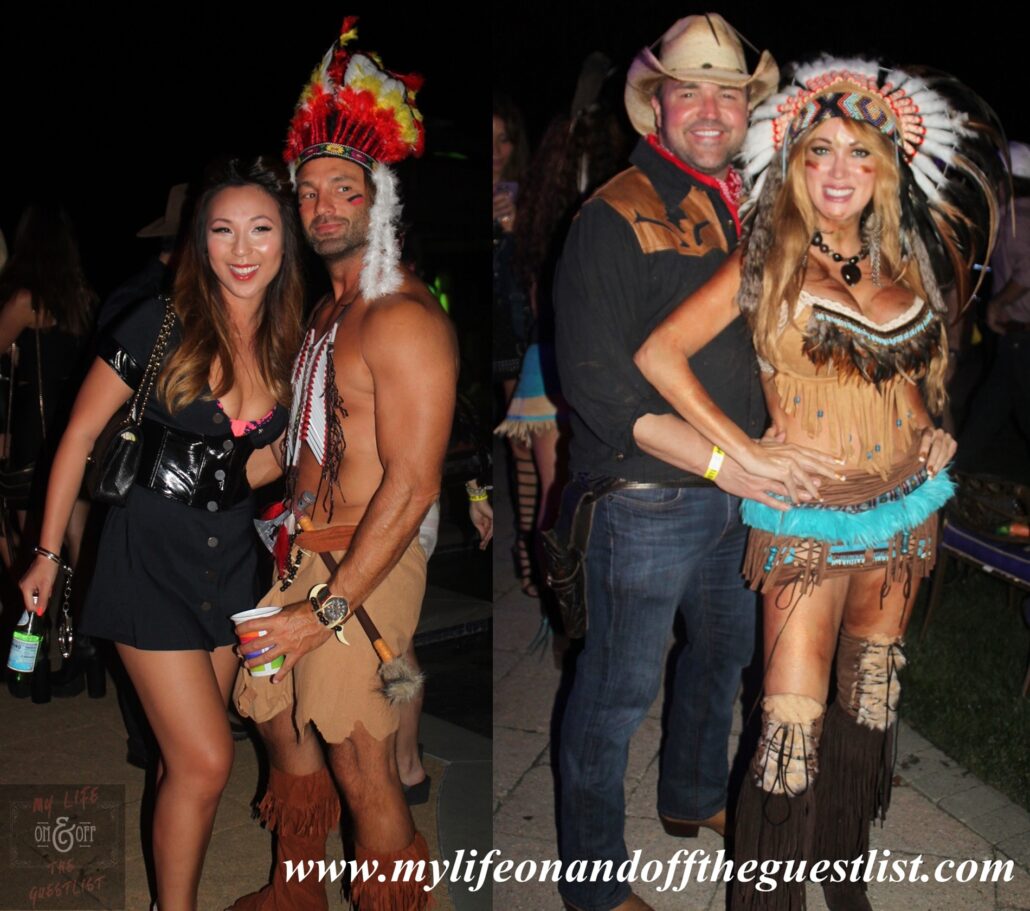 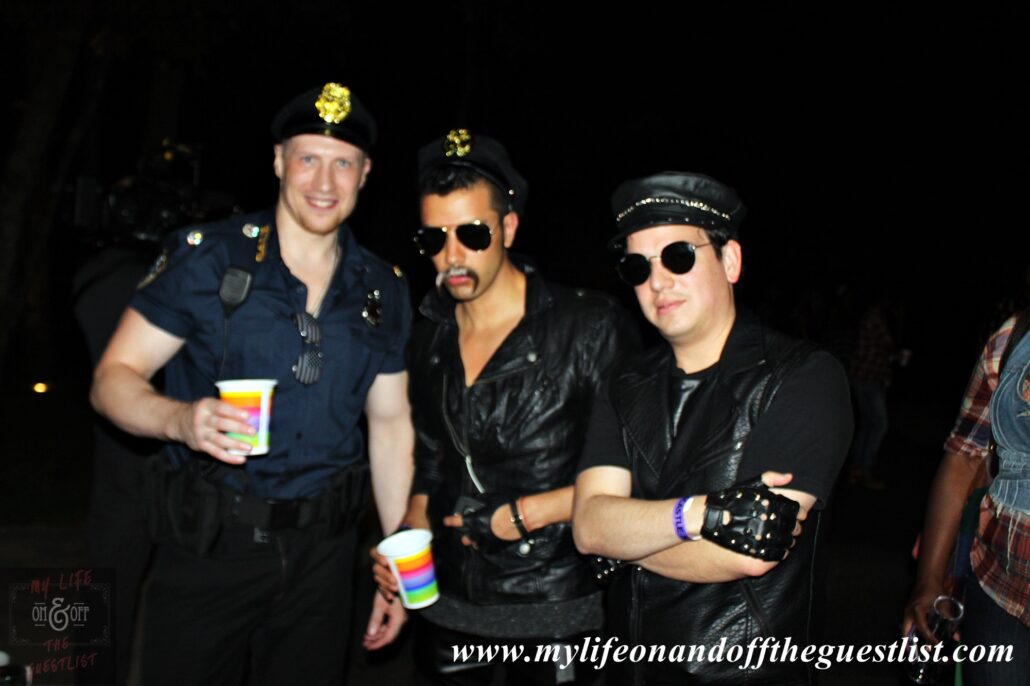 Guests were treated to a wonderful buffer-style meal and unlimited drinks. The event’s music was provided by Vienna’s Life Ball Resident DJ Sin Morera who played a 5-hour set, and aside from a performance by Sir Ivan, 28 world class professional Latin hustle dancers from Stepping Out Studios provided non-stop dancing throughout the event. The event’s festivities also served as a thank you to supporters of The Peaceman Foundation, Sir Ivan’s Charity. Both the Peaceman Foundation and Sir Ivan have donated more than $200,000 to 10 non-profit organizations that help prevent bullying. 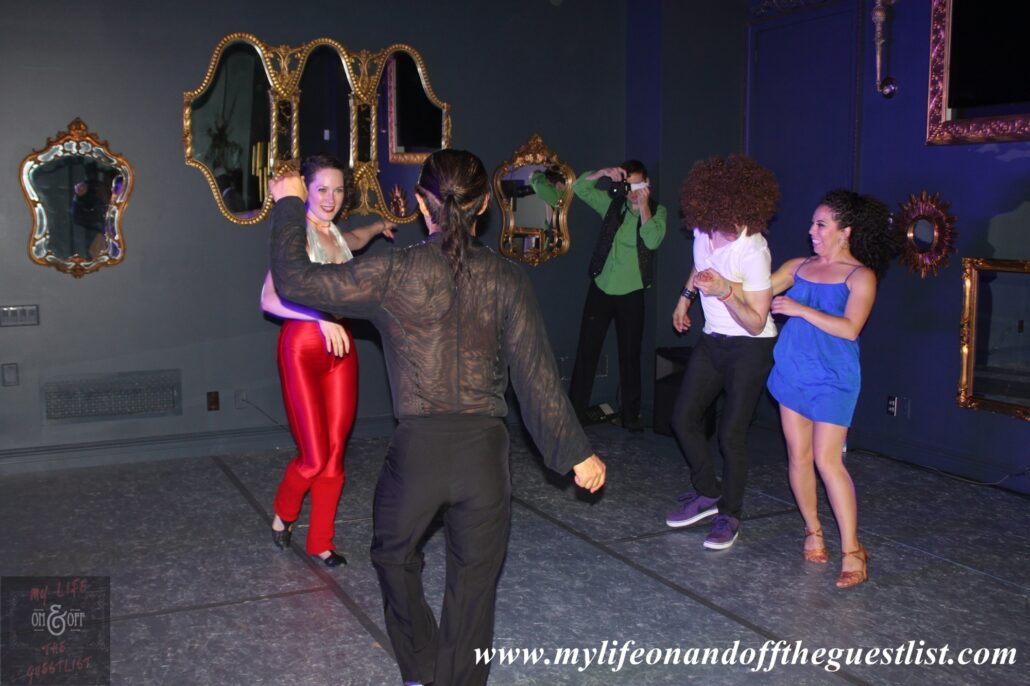 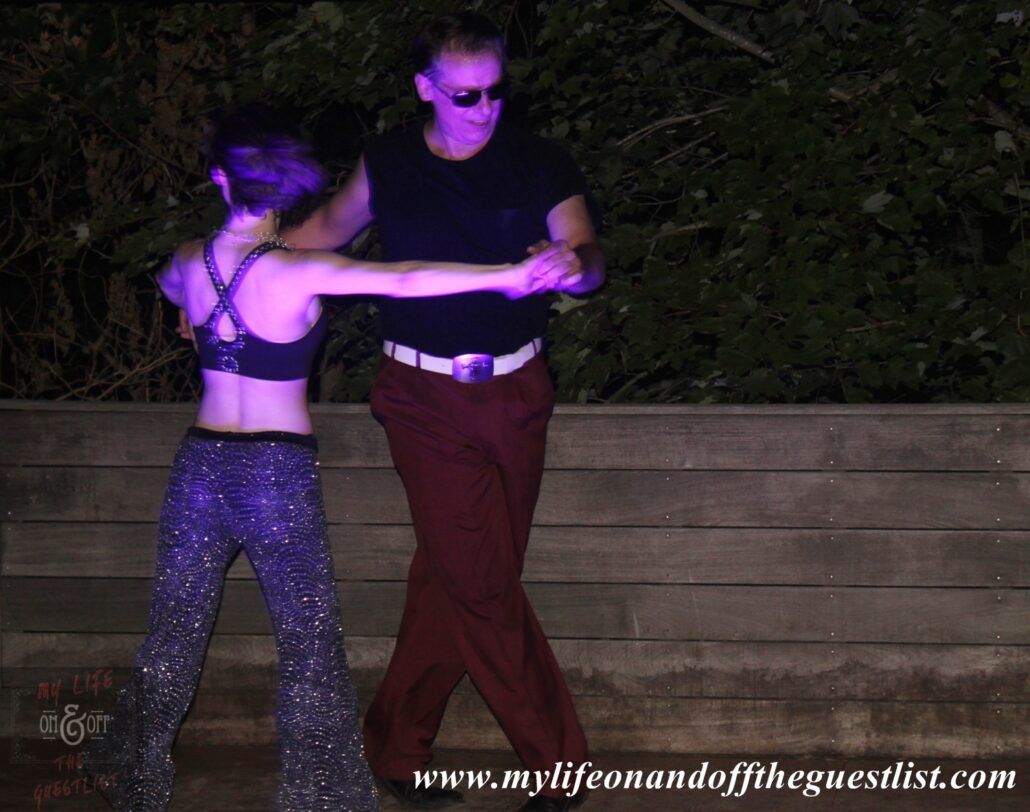 Sir Ivan made a grand entrance for his performance, riding in on a custom made Ironhorse Tejas chopper, straight into his castle through a packed dance floor dressed in a leather biker cape embellished with a Swarovski encrusted peace sign. We were lucky enough to get video of his entrance and musical performance

Attendees enjoyed hours of non-stop fun, dancing to the pulsating music, touring and taking photos of the grand grounds, and indulging in the provided feast. Special guests of Sir Ivan’s “Kiss All the Bullies Goodbye” Record Release Party included: singer Pras from The Fugees, singer Aaron Paul, grandson of Omar Sharif and LGBT activist, Omar Sharif Jr., journalist Michael Musto, “Orange is the New Black” actress Farrah Krenek, and The Village People’s former “Cowboy” himself, Randy Jones. all in all, it was a wonderful event and experience, and we support and cheer on Sir Ivan for his continued efforts to make life better through his music and charitable efforts.

To check out the music video for Kiss All the Bullies Goodbye, visit www.sirivan.com.

ShāToBu™ – The Workout You Wear

Do Self-Care Differently: Affordable Vibrators From A Breakout Company