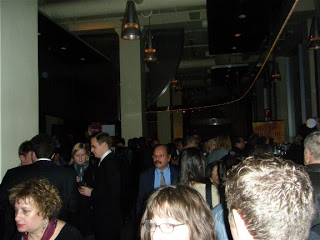 This week is an especially busy one (which is why I took the day off from events yesterday). Today, we had a total of four events to attend but we only went to three. Marisol has a crazy week and Kim is currently on a flight from the West Coast as I write. So it was just Dave and I today. Out of the three events we went to tonight, two of them were snooze fests and not worth mentioning but one was really great and that is Porcao Transforms to Rio’s Churrascaria (their official NYC website is not up yet). Located at 360 Park South on the corner of 26th St, Rio’s was a welcome vibrant event compared to the others. As soon as you walk in the smell of roasted meats filled the air and your nostrils. This event seemed to be the place to be because everyone was there, it was packed 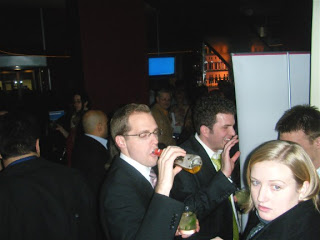 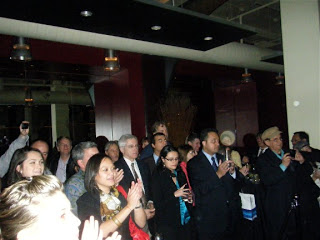 Dave and I took a few minutes to figure out which line was shorter, the bar or the foods – we chose the food. Five minutes into standing on line, we were greeted with the wonderful smells and taste of bacon wrapped steak and slow roasted pork loins. If you’ve never been to a Brazilian restaurant, the concept is that they bring out tons of roasted and BBQ meats and you eat until you are full and tell them to stop. It’s a bit of an all you can eat concept. 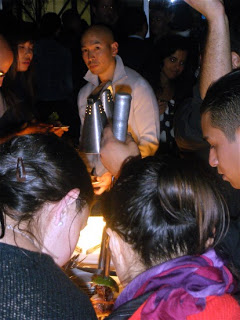 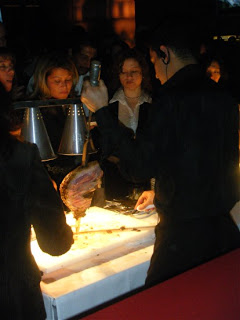 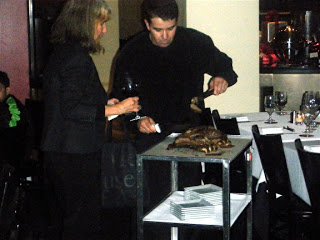 Dave and I ate until our hearts desire and enjoyed some delicious Passionfruit Caipirinha. For those who don’t know, Caipirinha is a tradional Brazilian drink and it’s freaking awesome. It’s one of my favorite drinks actually. 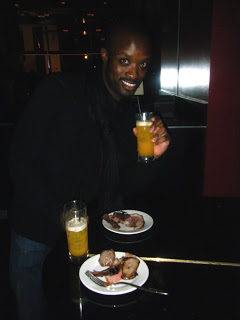 Now, something interesting or funny usually happens when I attend these events and tonight was no exception. You guys know I’ve talked about Velociraptors (people who attack servers with hors d’oeuvres, etc), well they come in all shapes and ages. below is a photo of two such Velociraptors, these women go to different events and will push, shove and cut you in line for whatever. They do all this and have to nerve to make faces at people when they are called out. 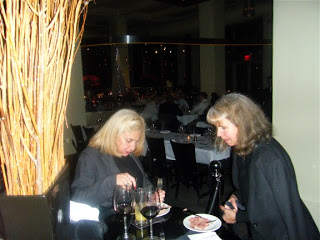 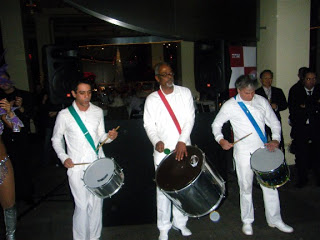 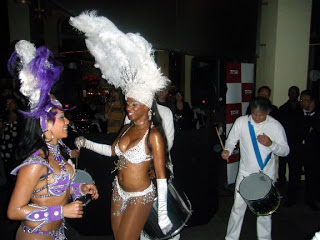 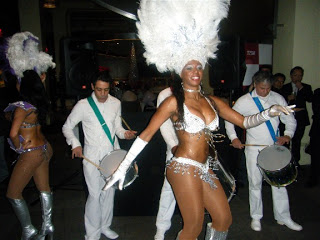 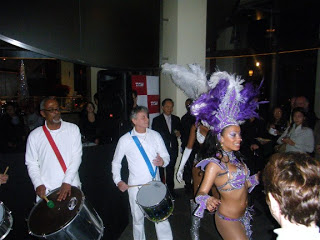 I even got some video of them performing

The last thing of the night was a raffle for an all expense paid trip to Brazil courtesy of Tam Airlines, which Dave and I didn’t win…….sadness 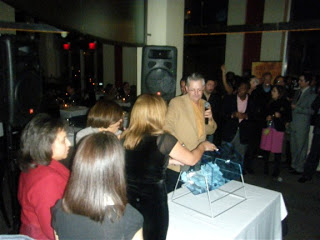 But we did have a blast and ate some fabulous food.