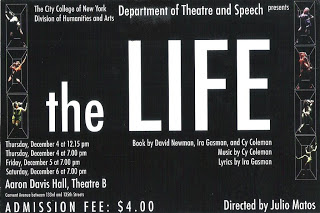 For those of you who do not have $100+ for a ticket to a broadway play or don’t have the time to stand in line for the unsold seats, there is another solution. How about seeing a playfor $4.00. yes $4.00. While this play is not on Broadway, you feel like you are. 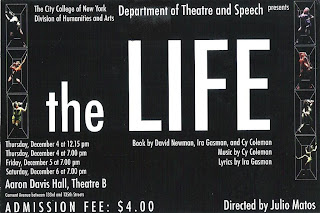 I’m talking about the Tony Award winning musical, called THE LIFE, based on a book by David Newman with score by Cy Coleman and lyrics by Ira Gasman. The Life won the Tony in 1997, it was a very compelling play then and is still today. This powerful piece was held at Aaron Davis Hall at The City College of New York and performed by it’s students. Students from the Department of Theatre and Speech who I am sure to see either on Broadway or on film in the future. I took a photo of the lobby area (this was done after the play as we were running a bit late – I went with my friend Drew and we were waiting for Jerry Jordan who was running late). Luckily Drew knew the Director/Co-choreographer, Julio A. Matos, Jr (who also is a teacher at City College)and he saved seats for us. 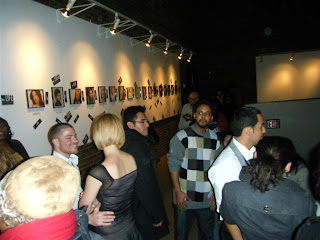 I also took some video of the student cast photos

The cast was amazing, not just for a student play but for a play in general. But I got the most amazing photographs from the production. I wished I got video but I couldn’t during the play. You can learn more about the play by clicking on the link of the play title above. Seven of the woman in the play represents each of the seven deadly sins: Some of the main cast of the play are as follows: 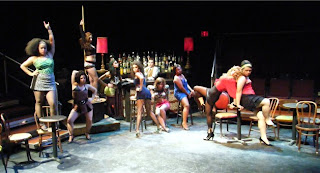 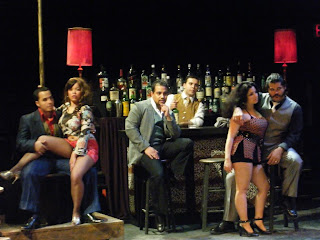 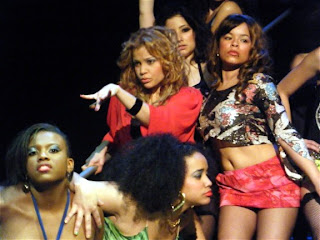 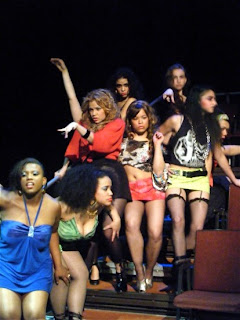 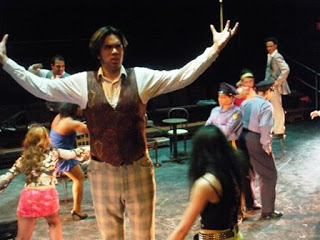 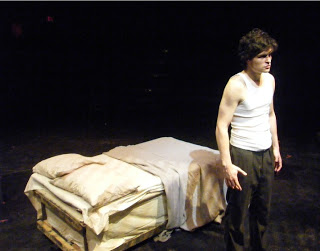 While doing research for this play, I came across this article on playbill which talks about reviving this play in LA during the month of December. Of all the plays and movies being turned into plays that are being done right now, Broadway needs to bring back a play like this one. As I stated above, the play was magnificient but there were two standout actors and I wasn’t the only one who shared this sentiment. My favorites were Greer Samuels who played JoJo whose comedic timing and facials expressions were spot on

and Chalese Richardson who played Sonja. Her voice and acting ability were simply amazing 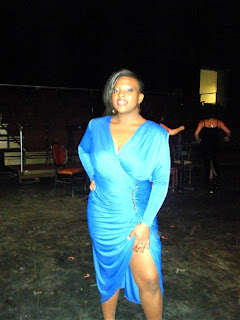 There is much hidden talent at City College and I invite you all to get to know it. Since you guys missed a chance to see The Life, I invite you to click here to view information for the next list of plays for Spring 09.