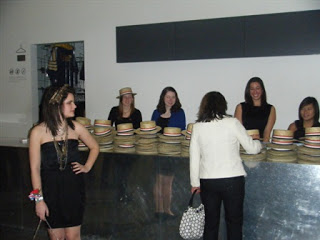 January, 20th, 2009. The most glorious day in history. Will you remember what you were doing that day, that hour? I know and will remember exactly what I was doing – I started off working (this lated 15 min), then watching Facebook/CNN and trying to work which turned into making believe that I was working but then finally just gave up and did nothing but watch. At one point I was watching the Inauguration on two computers (my laptop was on Facebook/CNN and my desktop on Yahoo. All this while wearing my Barack Obama Inauguration t-shirt from Moveon.org. The rest of the day was just a blur of watching the news coverage on the luncheon, parade, etc. Oh what a day.

The night on the other hand, was the time for some real celebration. Our lovely friend, Patty, invited us to an Inauguration party the NYtimes.com and Facebook were having which was held at the ultra modern New Museum on Bowery. Dave and I met up literally a block away form the New Museum (I was walking a block away from him when he called) – he surprisingly had a prep day and not a 14-hr day as Head stylist for the show, the Next Food Network Star. After a quick shoe change by me (god to love the snow and black ice that are ever apparent in NY right now), we strolled in. As we arrived pretty early in the event, I got a chnace to get some great photos of the venue which had a 60’s theme to it for the night. To the left was a row of hats free to all to take

To the left (well, really all around) were Americana pinwheels (to match the hats of course) and gum and candy from the 60’s 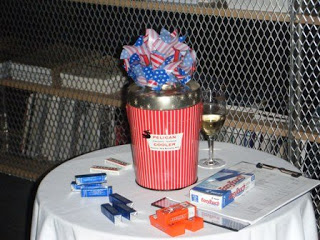 We went to check our coats and ran into Patty on our way down. 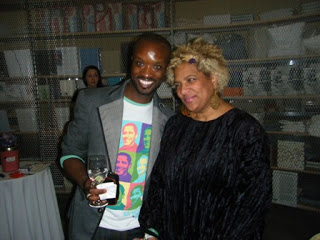 When we came back up, we took a photo on the “presidential set” by famed photog Diana Levine. Kim and Allison (any everyone else) took one as well 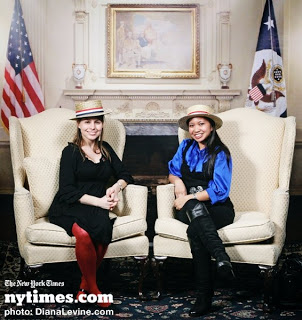 After that is was drinks and hors d’oeuvres time. Of course, many people started arriving (those mini burgers were freaking awesome) 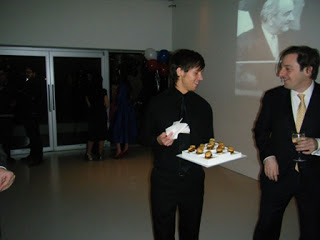 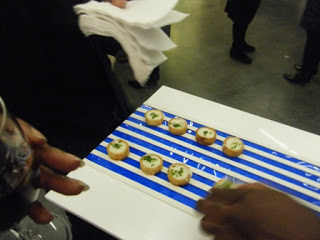 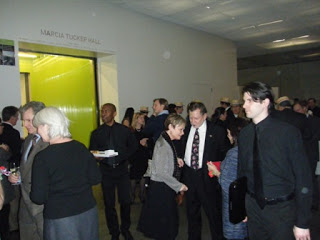 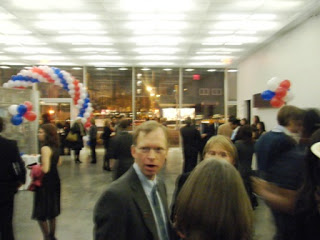 Patty told us we had to go upstairs (the event was on two floors) because there was a Facebook photo booth. So up we went and lucky us, there was no line (as the night progressed, the line for the booth became longer than the line to the bar – go figure, we have more Narcissistics than Alcoholics in New York City) 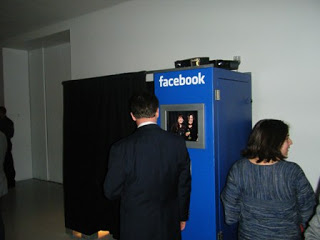 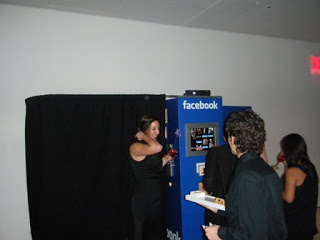 Anyway, into the booth we go, take our photos (the first were horrible, we were laughing so much, we ended up looking well…. not good, so we redid them but concentraed on our shirts as the giggles were not going away). Anyway, as you took your photo, it is projected on the walls of the room (And we later found out, on a building across the street from the New Museum…sheesh). So as people went in, i started taking photos 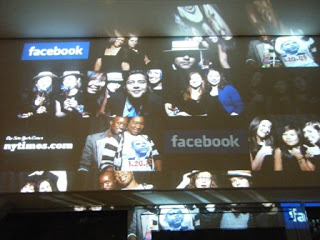 We stayed up on the 7th floor for a bit, enjoying the 60’s dressed DJ playing 60’s music 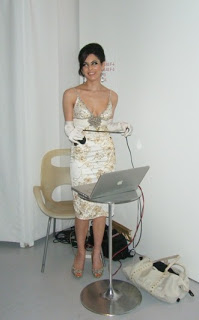 The fab bar (I have to say, they earned MAYJAY points with me for having Barbados’s Mount Gay Rum which I had with Gingerale….so good) 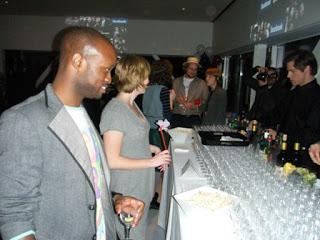 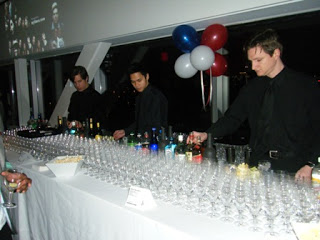 We stayed up a bit longer chatting, taking photos, eating and drinking and just enjoying the crowd (which was a nice mix of different people) 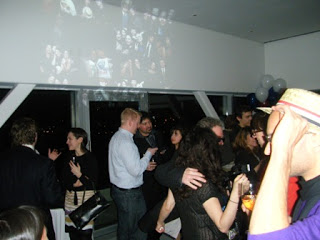 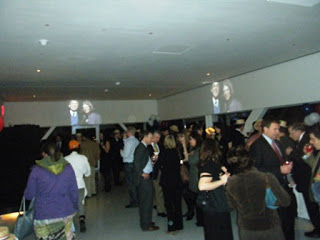 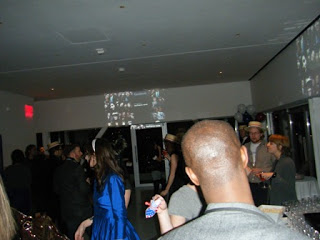 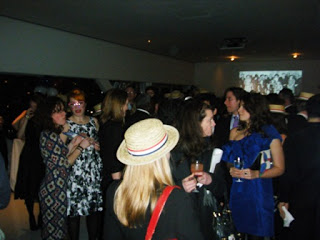 We finally went back downstairs to see Kim and Allison had finally arrived, so we all got caught up and then took more photos. 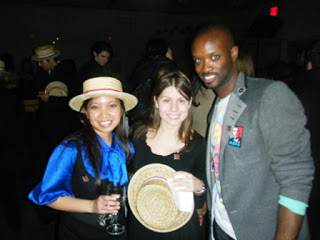 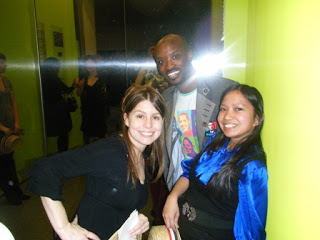 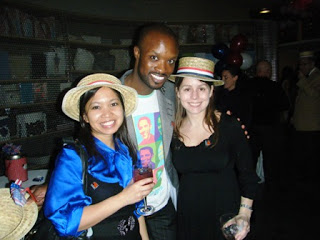 Then headed back upstairs so they caould take photos in the booth. By this time, it was a bit crowded and they had to wait a bit and when they did, I decided to videotape their photos being displayed

This was a wonderful event and I’m so happy I got to partake in it. Although, I was expecting to see screens to watch the actual Inaguration (thre wasn’t any), I still had a great time. I even ran into Michael from Kyotofu there and we caught up a bit. After that we decided it was time to leave, we went downstairs to grab our coats and giftbag 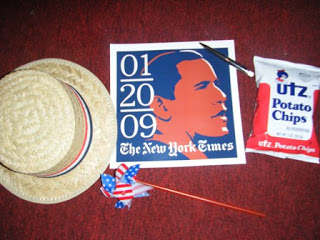 Kim and Allison went home and Dave and I attempted to go to another event which was a complete waste of time (at least it was about two block form where we were, so we didn’t have to travel much). Anyway, while we were on the train I noticed that I didn’t have my Centro (cellphone). It was in my coat pocket when I checked it in. Dave and I had to make a mad dash (we were already at Union Square) back to the New Museum (all while Dave is calling to see if anyone would pick it up – no one did). Luckily, we’d left before the event was over (my #1 rule) so it was still going on when we got back (boy what a hell of a workout that was). We got back into the event with no problem and ran back to coatcheck and (YES!!!) it is there. I swear I almost passed out but I’m not sure if that was from the workout or thr relief. Either way, I was happy. A perfect end to a wonderous historic day.