What can I say except wow. Christian Siriano got a very well deserved standing ovation at his Spring 2011 show. This collection showed the Christian Siriano we were first introduced to on Project Runway (that’s how I felt anyway when I saw the chic looks walking down the runway) – the feeling that “this guy has IT”. For his collection, Christian took us to two continents and three countries – Africa, India and China.

He featured a collection of effortless chic white cocktail dresses, softly tailored wide-legged trousers, safari shorts and jackets (including a glossy print metallic) then switched to vibrant turquoise with a brown crocodile print followed by his own print creation (more below) and breathtaking evening gowns that would make any couture show lover gasp (and drool) – classic with a multicultural twist. 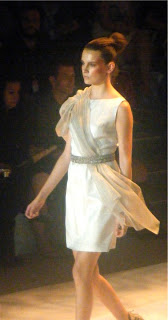 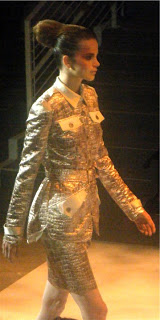 Christian went beyond just wowing the crowd with his vision, he also created a signature fabric – an “Asian fabric print based on digital photographs showing different vantage points of Chinese and Buddhist temples combined with varying perspectives of Indian beading” – a vibrant paprika that oddly enough made me think of a kaleidoscope of a flower called Cymbidium Clarisse Austin Embers – which produces a mix of vibrant red and brown flowers. 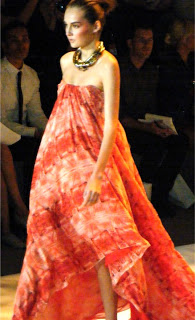 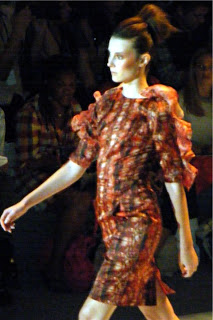 I of course fell in love with the shoes. I wish they’d make them exactly as seen on the runway for Christian Siriano for Payless but I know they will be tones down (a true shame as they are absolute gorgeous). The shoe collection, like his looks were influenced by the same above mentioned countries. That’s where the similarities end, unlike the very feminine clothing collection, the shoes are tough, edgy and very strong – Shanghai (a platform peep-toe pump which features a “chopstick” inspired wood heel), Mumbai (tubular straps cage the foot and wrap around  a unique curved point heel design), Nairobi (tightly spaced tubular straps that cage the foot with African influences including braided jute trim details) and Zanzi (a bootie which is designed to look like an African carved piece emulating a tool common among tribal people) 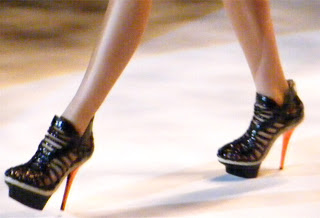 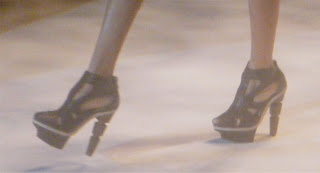 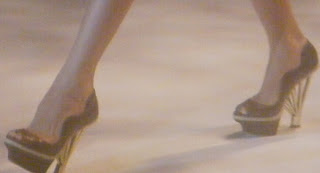 I love them all but these below are especially divine. What I want to know if when is Christian Siriano doing his own shoe line – no collaborations. I want what I saw on the runway. The Payless customer might not be ready but the rest of us sure are. 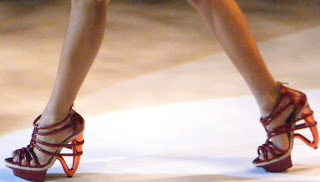 Last and most certainly not least were the heart-stopping gowns that are fast becoming a peek into Christian’s future (I see a Couturier). There was a collective gasp (several pearls were clutched) and many, many WOWS were heard as incredible gown after incredible gown made its way down the runway – Christian gave us fantasy, drama and daydreams – what more can you ask for? 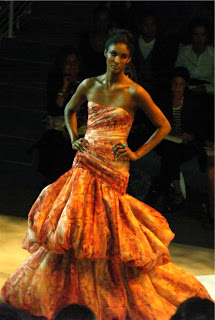 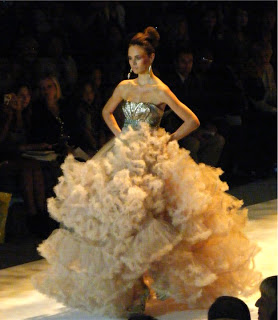 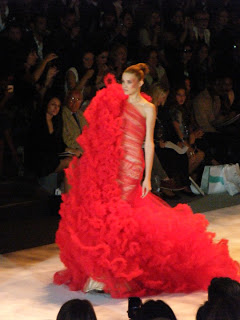 To be blown away by the favorite show from the first day of Mercedes Benz Fashion Week, check out the video below.