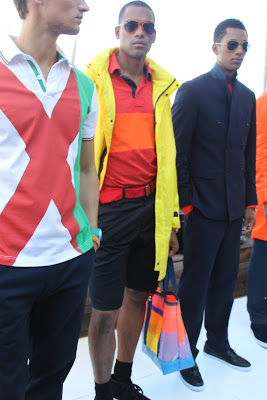 From the mind of Contributing Writer & Fashion Stylist, David White:

Isn’t there one thing every season? Every season there’s something that traipses down some runway that causes a consensus of men to say “uh, absolutely not”! They won’t budge. Then there are those “die-hards” that will probably drive certain Prada sales professionals to drink with all their daily, nay hourly, calls about deliveries of a certain jacket or maybe that infamous rafia-soled creeper. The relentless fashion mavens. Finally, there are your “in-betweeners” that probably slowly gravitated to the current fashion over time in such a decided manner that once the newer fashion is proposed, they’re so dead-set or stuck on what seems like their Messianic fashion moment that they find it difficult to have vision into something new.

Well the designers and the better merchandisers know all of those types. The “in-betweeners” are the best to reach since fashion strives to keep going; so those designers and “merchers” want the little men living inside male consumers’ wallets to have that same reach. And so the nudging begins. The subtle advertising nuances and proverbial stroking of the little inklings within us that feel we need fashion to complete something in or for us. All this leads up to that point where we walk past that extra shrunken slim v-neck sweater in that color we swore we’d never wear, look back over our shoulder and pontificate “well, I wonder…..”. 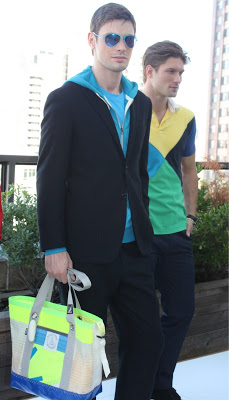 This could apply to many a label but I’ll enter the infamous Nautica. Why Nautica? It has reach. Walk into any Macy’s, Lord & Taylor, etc. nationwide and Nautica has an incredible retail presence taking up a noticeable portion of the already edited men’s floor. Nautica has always been influenced by Americana seaside sporting life with dashes here and there of ivy league and country club. So not only is its retail presence broad but also its inspirational database of involving American sportswear. With this ability to introduce and cajole, the brand remains one that a wide range of American men, from the grey asphalts of the inner city to the suburban grasses of the bible belt, get to physically experience fashion’s subtle changes firsthand. 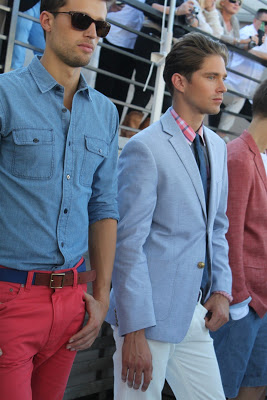 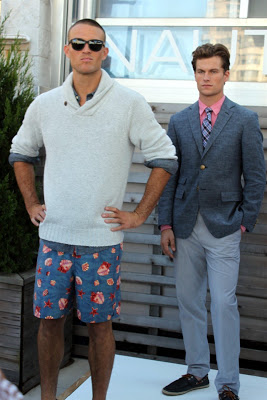 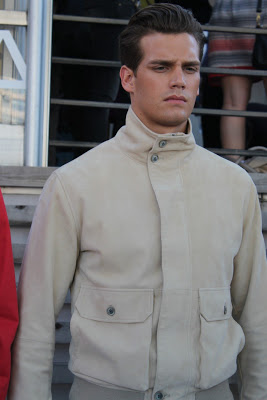 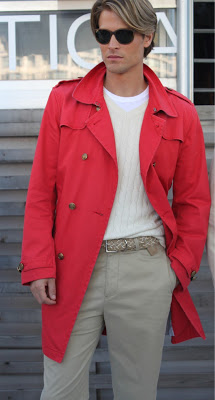 With this in mind, for spring 2012 Nautica continued to give men streamlined American sportswear in classic weaves like oxford, pique and twills which makes the brand right at home with the Americana/Heritage resurgence in mens fashion. However, what Nautica has been bumping up for the past few seasons is shaking off the pressed fussy attributes of it’s early days and offering men fit, versatility and irreverent color. Loud but not garish color was the strong point of the brand’s Spring Summer 2012 collection. Color as a key to create layers, separation, spruce up and individualize seemed a strong and intelligent message of the collection. This became strongest when bold color was paired with traditional hues like navy, khaki and white. This segment of the collection was a kind of hinting at a new customer direction with great obvious potential to mix and match, which is a core in sportswear dressing. Some stand outs were playful yet feasible popping totes, outerwear that was saturated with brilliant primary colors and clever printing and seaming celebrating the athletic male torso. Dare I say, I imagine some “non-budgers” going in-between and some “in-betweens” waxing die-hard.
previous post

Clarins Invites you to its Warehouse Sale!