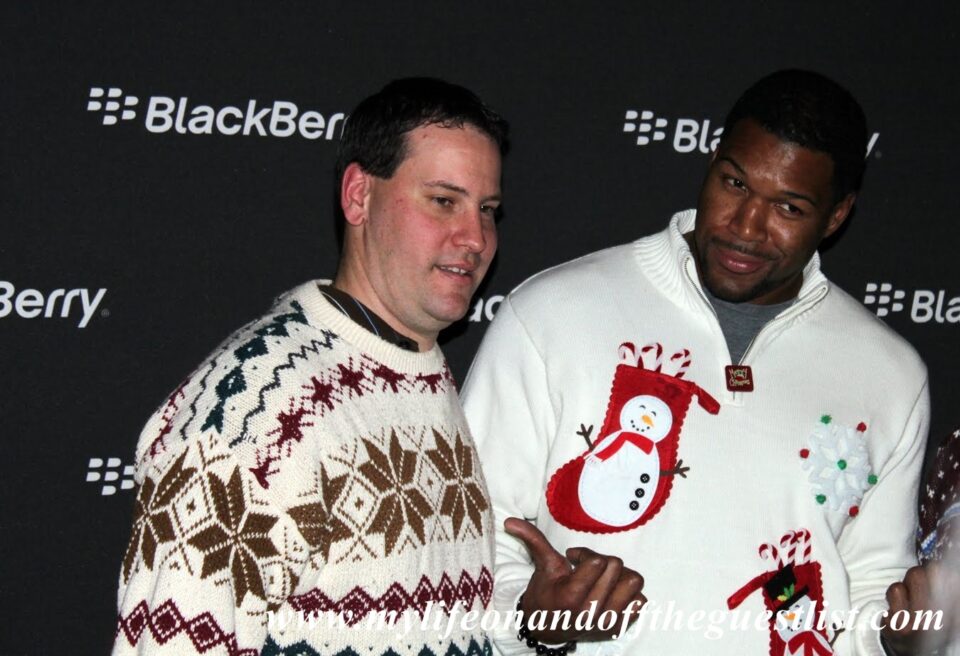 Wearing some of the ugliest holiday sweaters they could find, BlackBerry fans came together for the ultimate holiday celebration of all things BlackBerry. Hosted by Michael Strahan, adoring fans and video game enthusiasts attended the BBM Ugly Sweater Fan Night Party at Aspen Social Club in NYC. 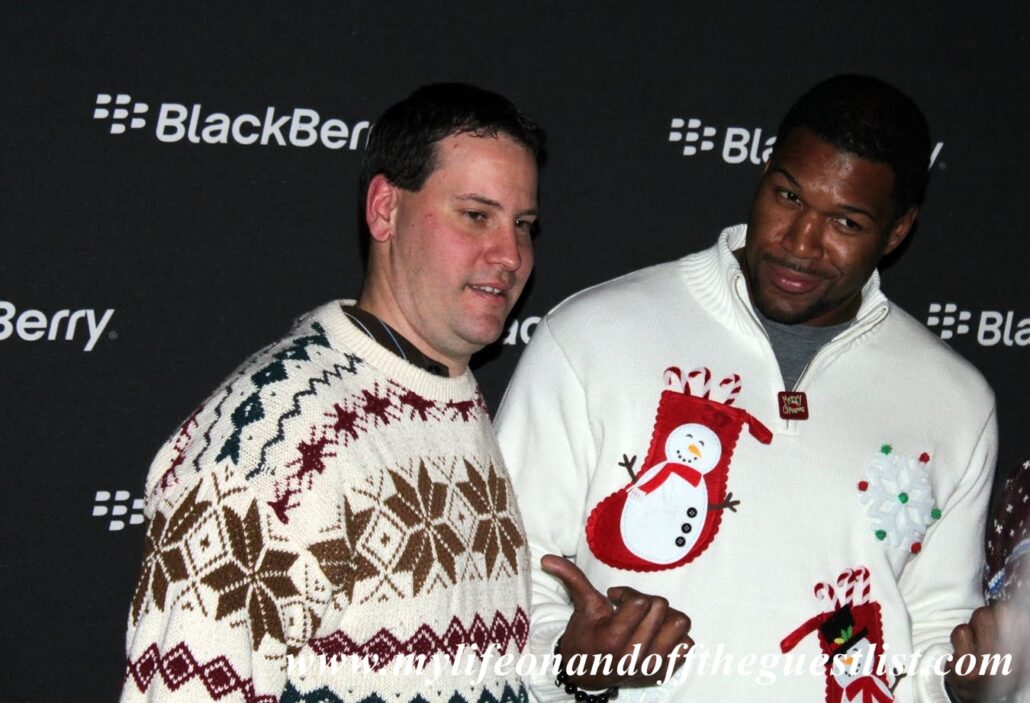 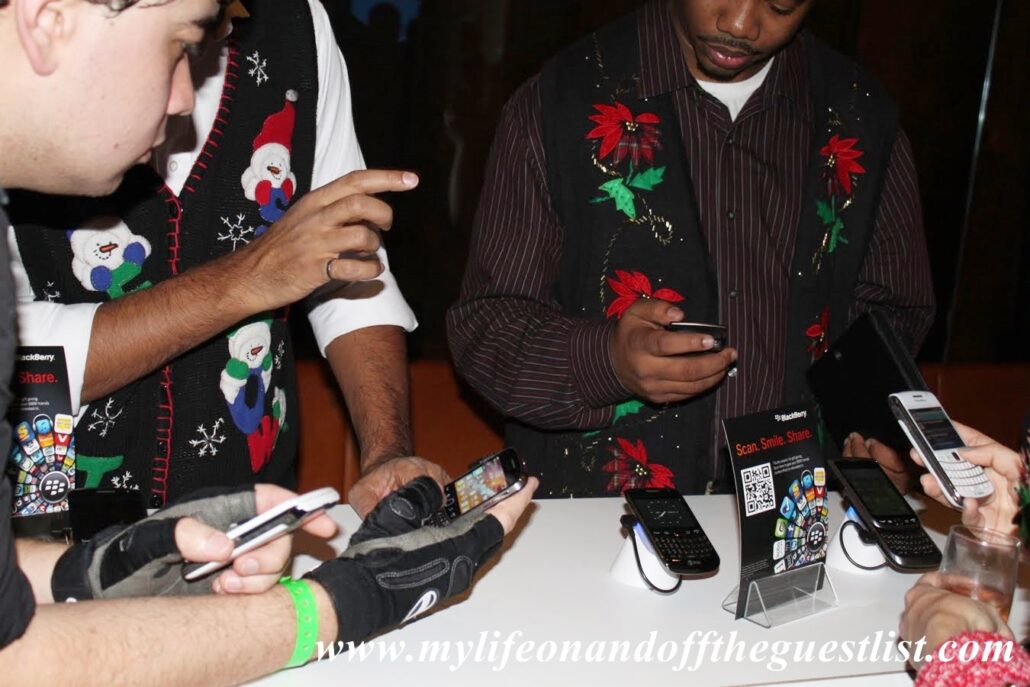 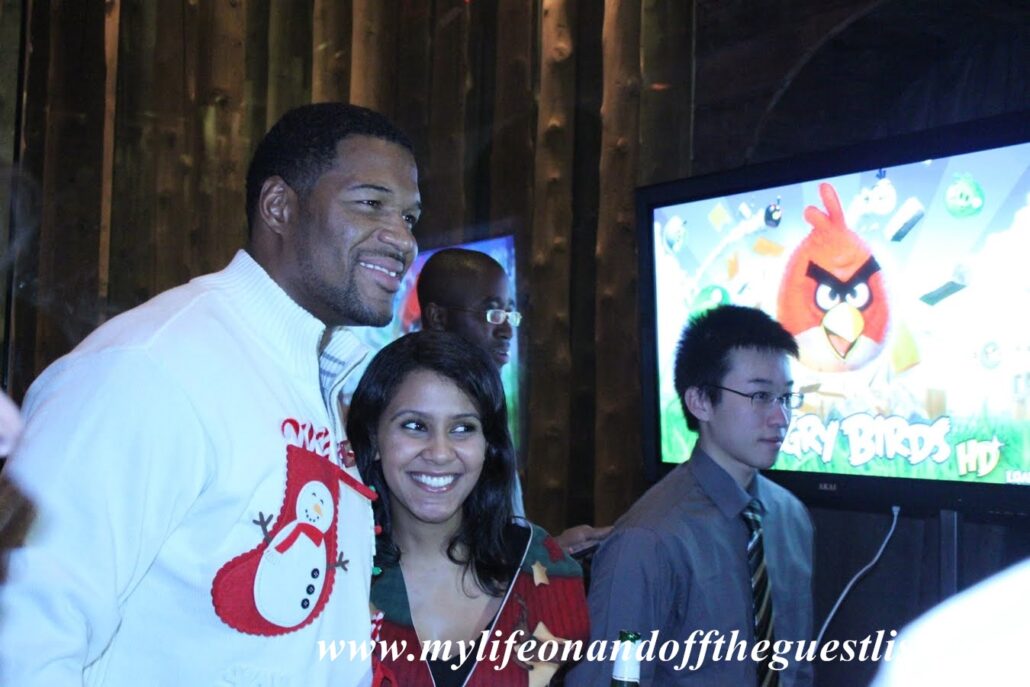 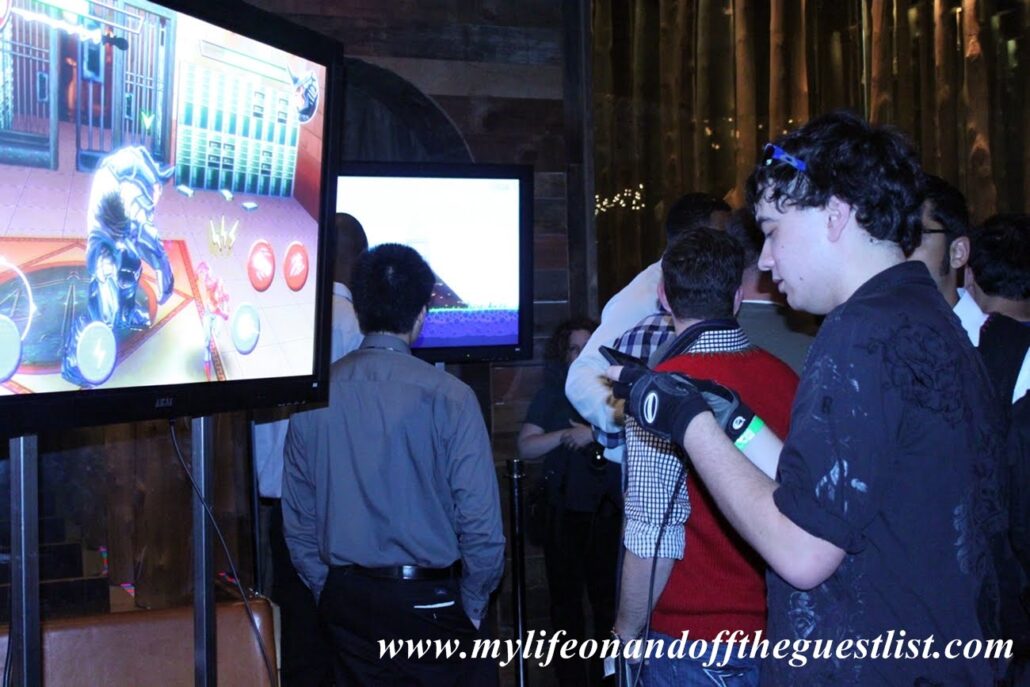 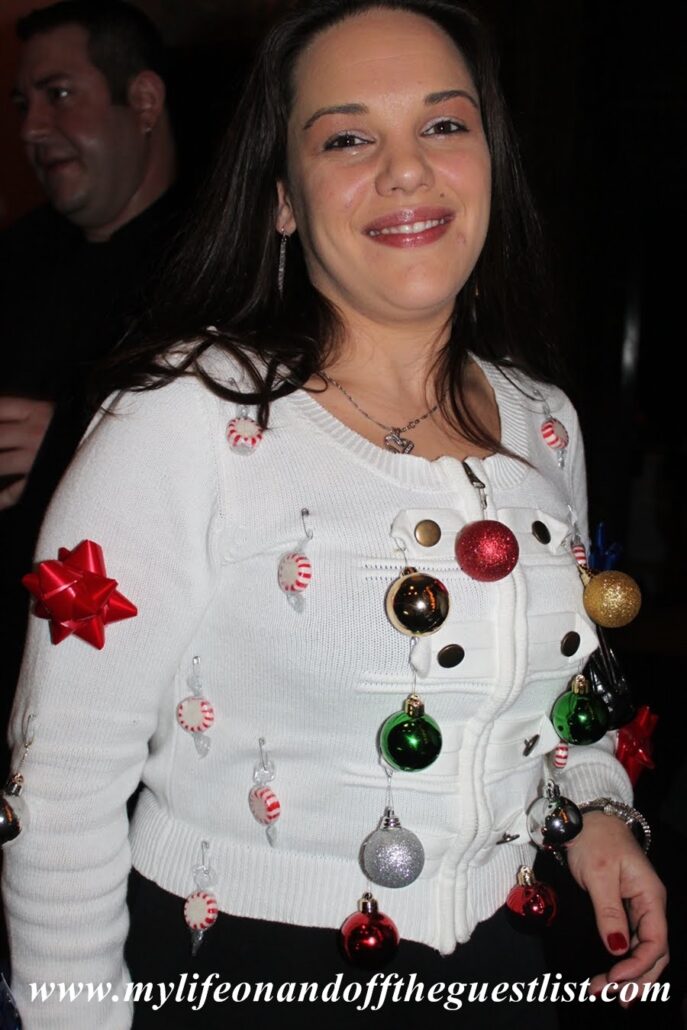 The main event began when Michael Strahan challenged a few lucky fans to a friendly game of Madden ’12 on the BlackBerry PlayBook. The competition was tough, but Michael, sporting his white sweater with snowmen and stockings, offered fans tips on how to defeat the master in his own game. 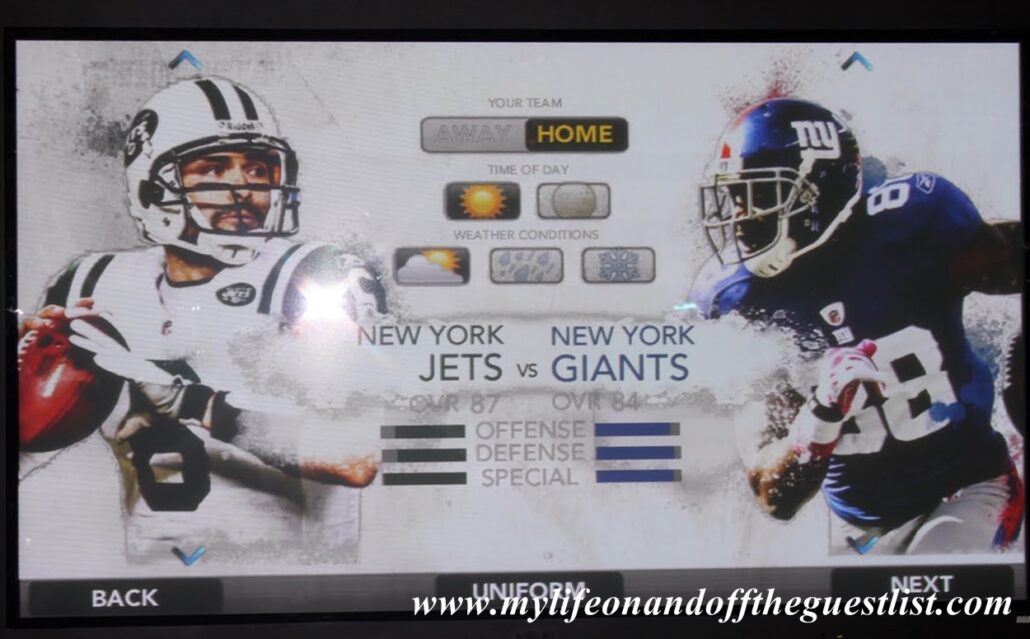 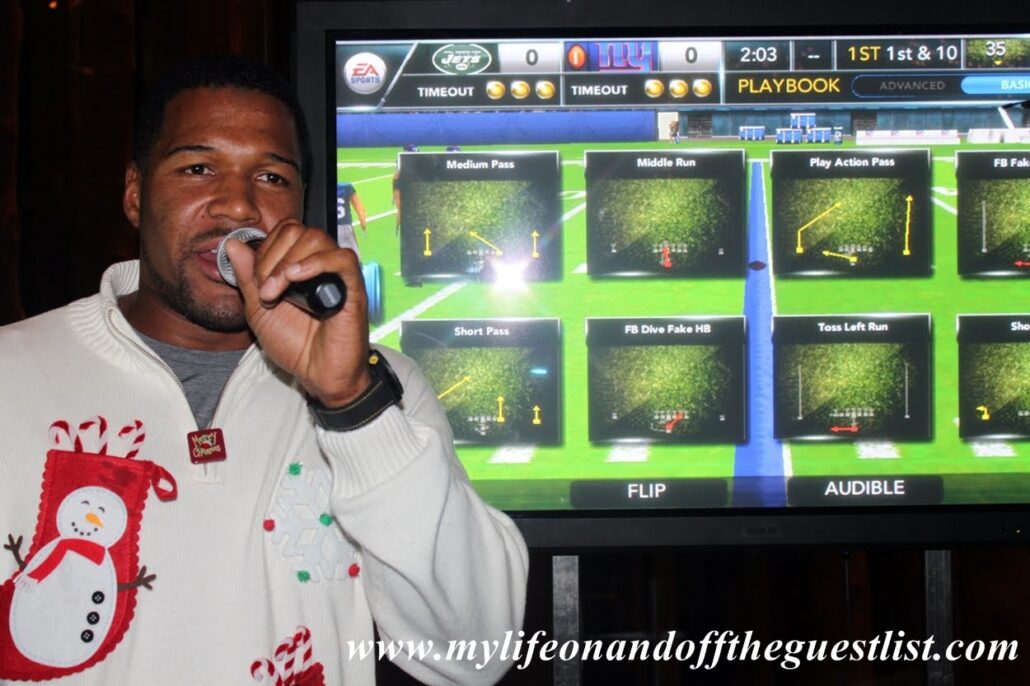 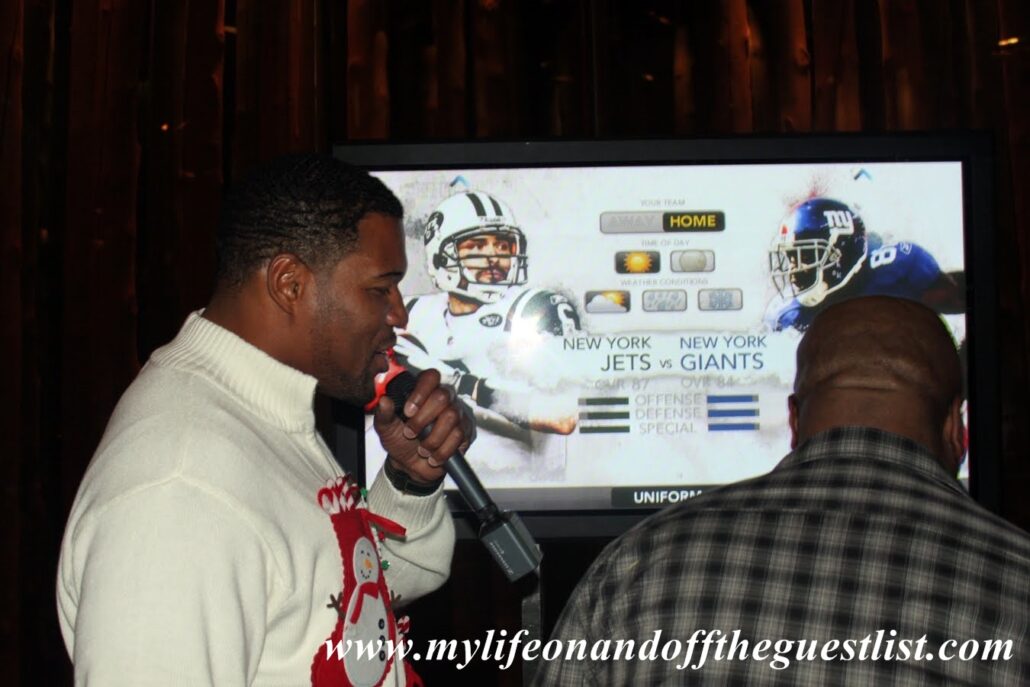 It was non-stop hilarious commentary, tips and tricks from Michael Strahan as each fan tried their best to win.

Fans who attended the event scored their tickets to the party, BBM’ing gloves and a new BlackBerry Bold 9900 through an online contest hosted by BlackBerry. To win, they had to submit a BBM Ugly holiday sweater avatar and tell BlackBerry via Twitter what BlackBerry product is on their holiday wish list. 12 winners won an opportunity to join a BBM group conversation to chat personally with Michael Strahan via a Twitter contest where fans shared a time Michael Strahan made a “Bold” move on the field.

Throughout the evening, party guests nibbled on tray passed hors d’oeuvres and sipped spiked cider while posting photos and documented all of the festivities via live Twitter feed, which was on display for BlackBerry fans at the event, and provided updates to those at home who weren’t able to join in on the action. 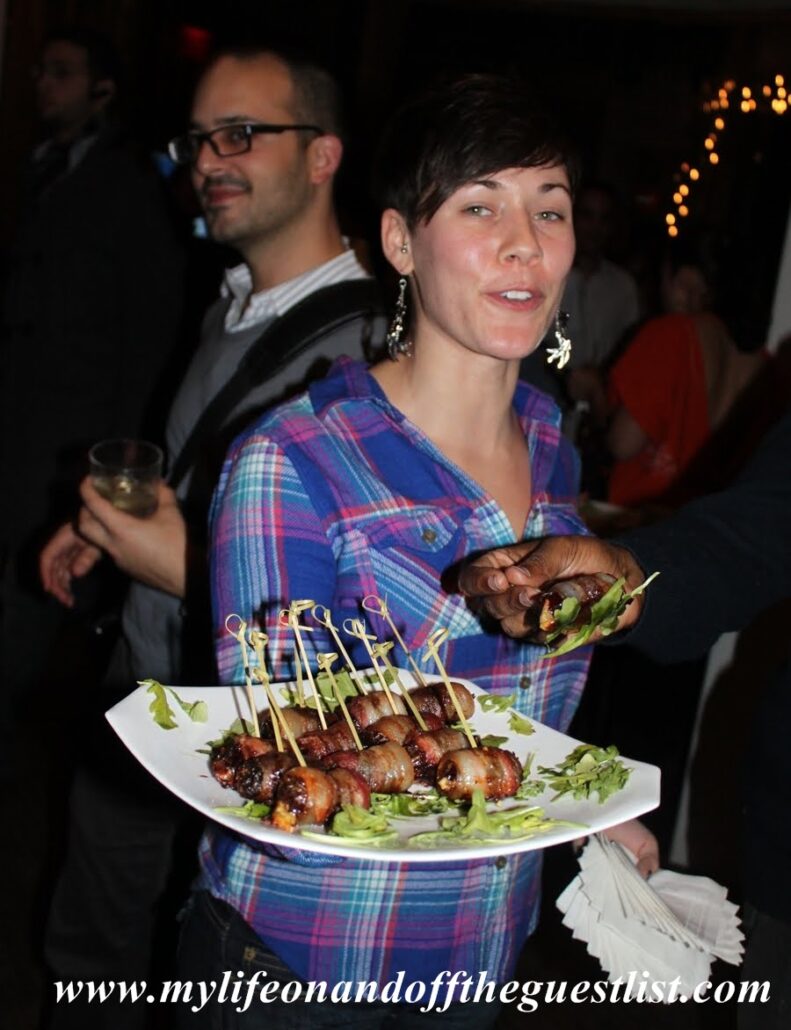 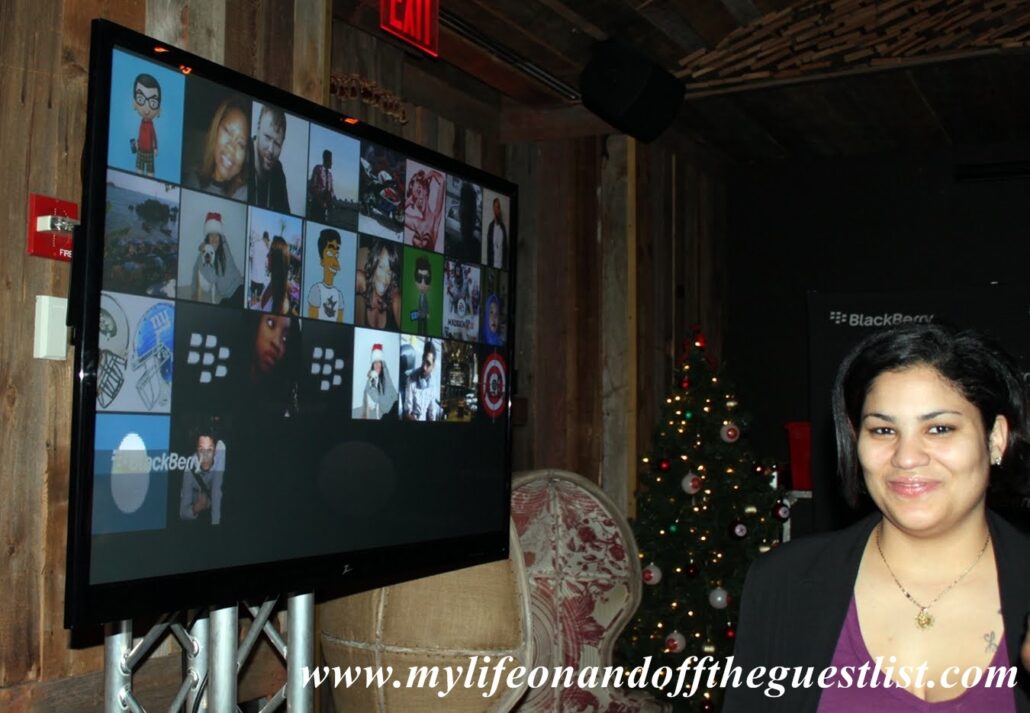 For those of you whose lives depend on their BlackBerry devices, scan and click on the QR Code in the photo below to learn about all the new apps available to you like BBM Music. 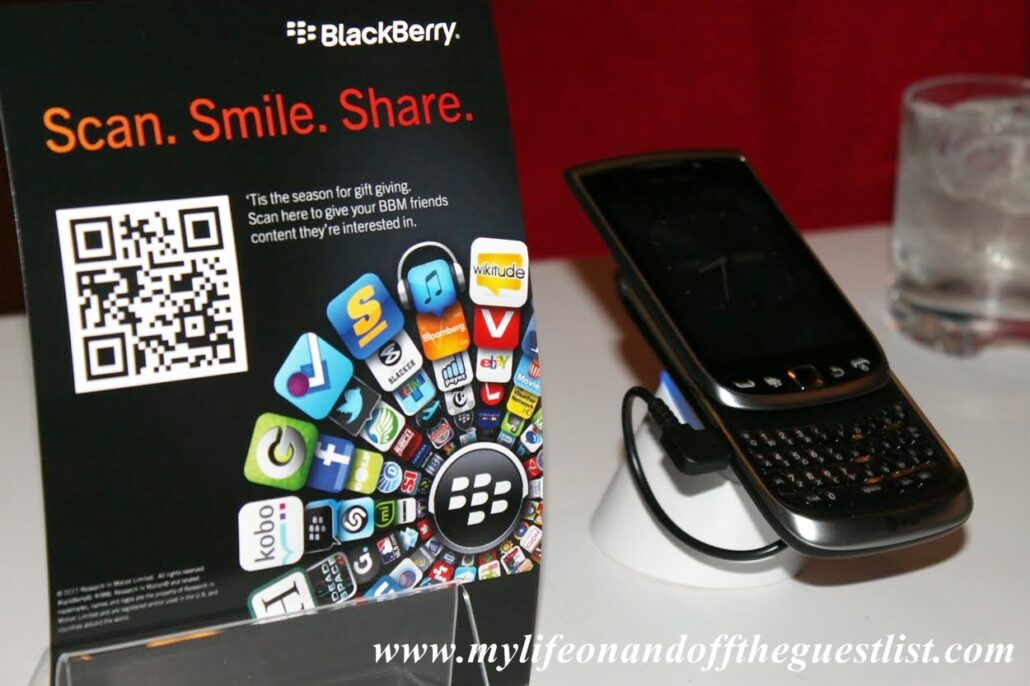 AND SPEAKING OF BARBIES……