Many may not know this, but during this time of year, New Yorkers segment themselves into two groups, those who worship at the altar of the 50-yard line, and those who have a passion for fashion. With both events starting in early February, the team at Stylight.com was curious (we admit we were as well) about how the two events stacked up against each other in the all important categories, so they came up with this very informative NYFW vs Super Bowl Infographic comparing such categories as revenue generated, expense, social media impact, etc.

According to the NYFW vs Super Bowl Infographic, NYFW is winning the revenue race, bringing in twice as much money than the Super Bowl, generating a whopping $900 million. While NYFW is winning in money earned, the Super Bowl has got the viewership numbers all locked up with 114.4 million viewers tuning in to see who tackles their way to taking the Vince Lombardi Trophy home, this is probably something to do with the fact many viewers often place a bet on which team they think will win using a site such as https://ats.io and others, no one is going to miss the real-time results of their gameday bets! When it comes to food, we have to give it to Super Bowl viewers, while they’re relaxing on their couches, continuously indulging in delicious comfort foods like chicken wings (an estimated 1.25 billion chicken wings are eaten on game day), NYFW attendees are left to guzzle down quick cups of coffee, and Fiber One bars while running from fashion show to fashion show (although the coffee and healthy snack industry are going pretty well since 26,000 cups of espresso and 45,000 Fiber One bars are consumed by fashionistas). When it comes to social media, while the numbers were close, fashion still rules! Last year the #nyfw hashtag was reportedly used 31.6 million times in Instagram engagements, and the #superbowl hashtag garnered a total of 28.4 million tweets! That’s a lot of dedication for these two major US events, but we’re not surprised.

Which will you be tuning in to? Are you a NYFW fashionista or a Super Bowl super fan? Let us know in the comments, and thanks to Stylight.com for this amazing infographic. 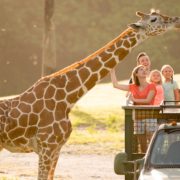 What’s New for Spring and Summer Travel at Busch Gardens 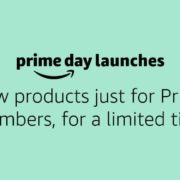 Tech Talk: What Deals You Should Look For On Amazon Prime Day 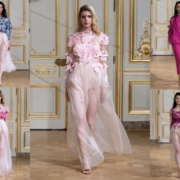 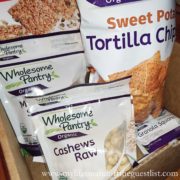 Here's wishing everyone a wonderful and safe #than

S is for Safety....and Skinner of course 😁. Lov

This whole month has been one of loss but sometime

Focus on me. I must remember that 🤔 #thatoffice

Bruh!! @babyfoot has me feeling like Ruby from #lo

What better time to try the @lemonettedressings Me

Don't let a dreary day stop you from living colorf

Good morning and happy #monday. I had a little #di

Wondering what to gift the #makeup lover on your #

Enjoy the #water that's served in the best restaur

This is the longest uninstall process EVER!!! #ele

Today's lunch was a wonderful beef Curry with #veg

I can't believe this is what we're doing on #elect

Tis the season for #holidaygiftbaskets. We'll be h

A full stomach, a neverending pour (thanks wine an