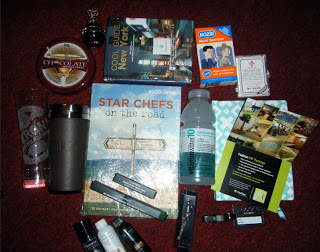 Here we are again, the time has come around to stand in line (for everything) and take a glimpse at what we will be wearing next season. First thing first, pick up your press pass – this line will be a mile long as everyone just wants to get it over with (this is done the day before fashion week). Second, pick up your two ton press bag

Which came in this amazing Barbie bag 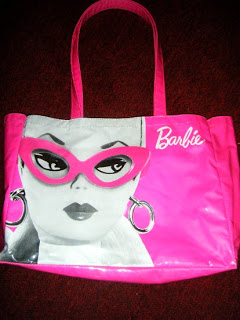 And speaking of Barbie, they were the lobby display sponsor this season 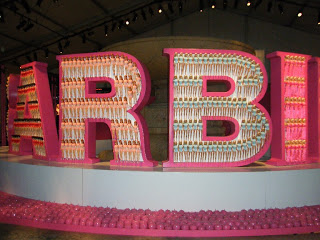 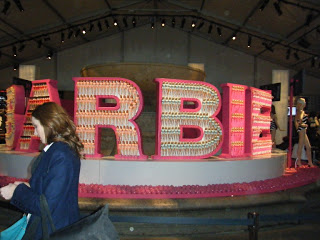 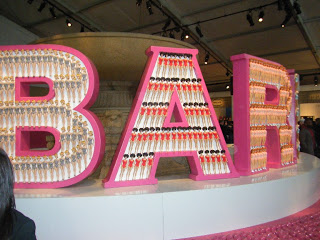 the beauty of this is the detail. Each letter was filled with Barbies 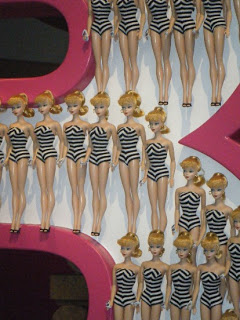 To the right of the lobby was the McDonalds Cafe called McCafe which offers complimentary Lattes, Cappachinos, Iced Coffes, Hot Chocolate, etc. It was too crowded, so I couldn’t get a proper picture of it. Not too far from the Mccafe was the Havaianas booth. They usually gave out the Havaianas flip flops but not this season Im not sure if it’s because its winter or maybe just the economy. I doubt it is because it’s winter because they’re now now a spin the wheel to win game. If you land of the gold Havaianas, you win a pair for yourself but if you don’t you get a flipflop keychain and a small bag of candy 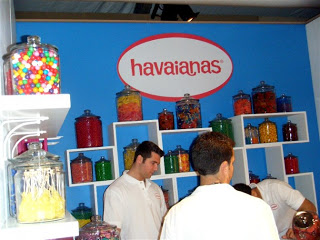 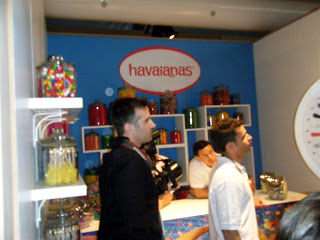 Another exciting booth is the Sony Vaio booth. As I’m writing this very post on my Sony Vaio desktop, I definitely have to mention this new product; Sony has introduced a new notebook which is the size of a clutch and fits in your clutch. It is called the Sony Vaio Lifestyle Notebook and it is beautiful; it is totally making me rethink the Acer Netbook I want. Sony had live mannequins displaying the Lifestyle Notebook 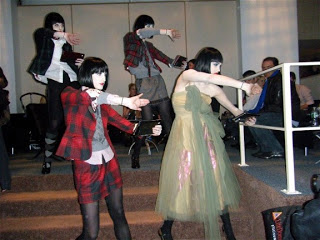 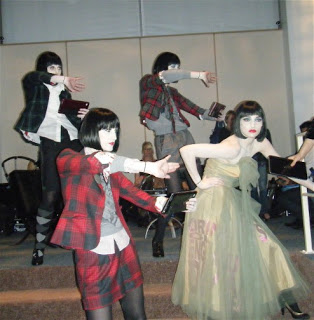 Now as the week goes on, I will try to update as fast as I can but I doubt this will happen, there are just too many shoes and most are off site (away from Bryant Park). I will most likely update my blog after Fashion Week. Pray for me that I survive.

Open House Hosted By Relish Caterers & Notes On A Party

Oh my god, i wish I was there. My god you go to all the good stuff