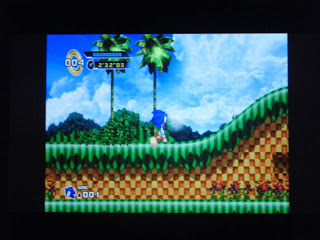 I’m not what you’d call a video game girl. Sure, I have friends who tell me about the issues they have with encountering the PS4 error ce-36244-9, or about the fun times they have, but I’m more of a girly girl. Still, I grew up on Sonic the Hedgehog (actually I grew up watching my brother vegge out while playing video games) so when TriplePoint held their product guide showcase and featured the new Sonic the Hedgehog game, I had to check it out. Actually, there are three titles being launched this Fall/Holiday Season:

Sonic the Hedgehog 4 will be released episodically; episode 1 is what is being released in October so there will be another release next year. The game will feature 5-6 zones with 4 levels in each zone. An old character, Tails, will be returning and gamers will be happy to know that Sega will be implementing Fan feedback. See some screen captures below 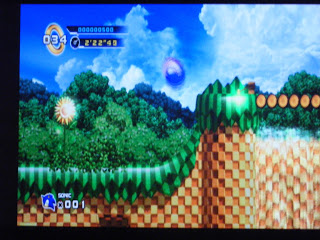 Sonic Adventure will have a new feature called Homing Attack – making its first debut in Sonic Adventure in Dreamcast. The feature allows gamers to quickly attack enemies and its very simple so anyone can enjoy. As with all games, it starts out easy but increases in difficulty and complexity as the levels gets higher.

Tails, will not be the only oldie to make a repeat appearance as Crazy Taxi will be out just in time for the Holiday season. As stated above, it will be available for Xbox and Playstation for now with the iPhone platform coming soon.

Another great iPhone platform release for Dreamcast will be Chu Chu Rocket, so be on the look out, i think these will be selling out fast. While you’re planning your future gaming purchases. Check out a preview of Sonic the Hedgehog 4 below: