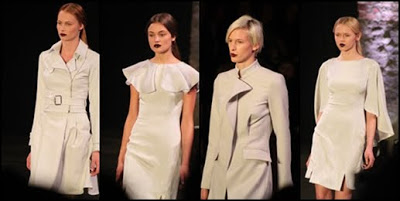 Christian Siriano continues to showcase his collection’s maturity with his Fall 2012 looks. This collection is the most saleable I’ve seen from Siriano but I admit, I do miss his flair. Inspired by bats – “their creepy, dark and dramatic presence, their intricate details of their veins and the bone structure of their wings and the 30’s film, The Vampire Bat.” I wasn’t sure what to expect but I was excited and hoped for at least one devastatingly jaw-dropping, gorgeous gown that practically took up the entire runway but alas it was meant to be. 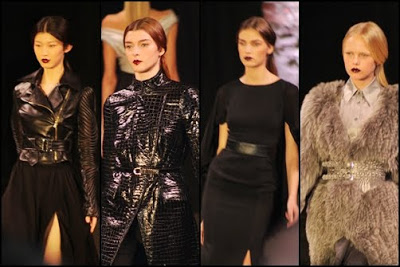 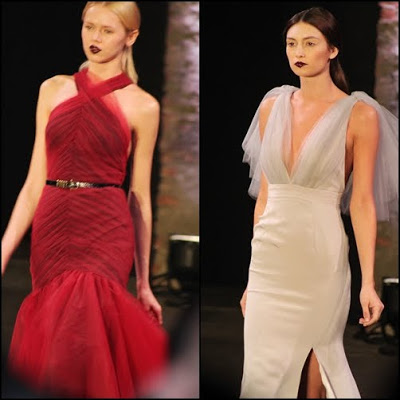 Of course this doesn’t mean that his collection was anything but beautiful, it was quite beautiful and as I stated, included looks that were very retail friendly. This collection featured much more separates than before. Each swank look featured modern silhouettes, clean lines and high level of sophistication that is sure to please fans of the designer. Wise strategy for a growing designer who is still trying to show the few left over naysayers that he is more than just a reality star. Though I am very much enjoying the color we’ve been seeing for fall 2012, I did love the color palette of Siriano’s sullen princess which included whites, greys and black with a shot of blood burgundy. A colorful palette would not have rung true to his inspiration.