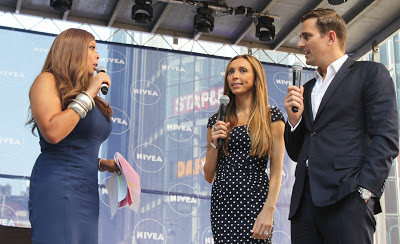 Emmy Award winning talk show host, Wendy Williams, along with your favorite romantic celebrity couple, Bill & Guiliana Rancic and Grammy Award winning R & B Artist, Ne-Yo, was on hand to help Nivea celebrate National PDA Day. Highlighting their Millions Moments of Touch Movement, Nivea hopes to bring us closer together back to the days of Public Displays of Affection which seems to have been replaced with Personal Digital Assistance. We have replaced real kisses and hugs with text emoticons and we pay more attention to our phones than our loved ones. As part of the celebration, NIVEA will host a series of events in New York, Los Angeles and nine other cities across the country to encourage couples to get out in the open and show their affection for one another. With National PDA Day, Nivea hopes to bring back to love.

Bill & Guiliana Rancic at Nivea PDA Day – Glasgow Skinner from Glasgow Skinner on Vimeo.
“It is brilliant of NIVEA to celebrate National PDA Day,” said Williams. “It’s a shame that we as a society have gotten so engrossed in electronics that we have forgotten common decency and the simplicities of life. The art of old-fashioned talking and touching is lost. Hopefully today will remind us how wonderful PDA is.”


The Rancic’s agree, “Between work, travel and preparing for our new baby – we’re often challenged with getting out and having time for just us. But, we always try to make time to go on little dates at least once or twice a month – especially in the summer. We love that NIVEA is helping couples everywhere rekindle and reconnect through PDA.”


The open-to-the-public event featured several fun and interactive activities for all to enjoy (and the public did) and bring us closer together. Everyone who attended were treated to coffee and a cuddle, win free prizes, products and a surprise performance by Ne-Yo. Throughout the event, attendees spun the Nivea wheel to win not one but two full size products 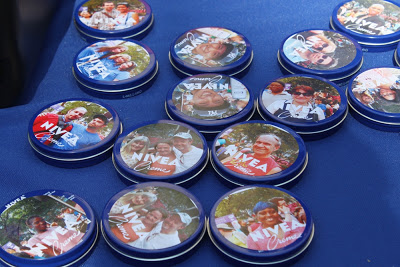 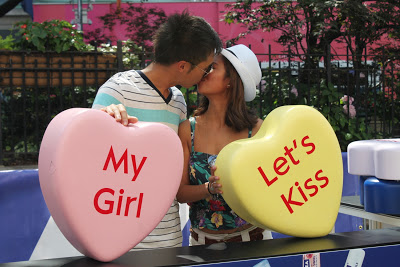 And of course a surprise, three song performance by Ne-Yo, who along with Wendy, Bill and Guiliana had to hop on a plane to celebrate National PDA Day in Los Angeles

Breakfast with Infusium 23 & the US Synchronized Swimming Team