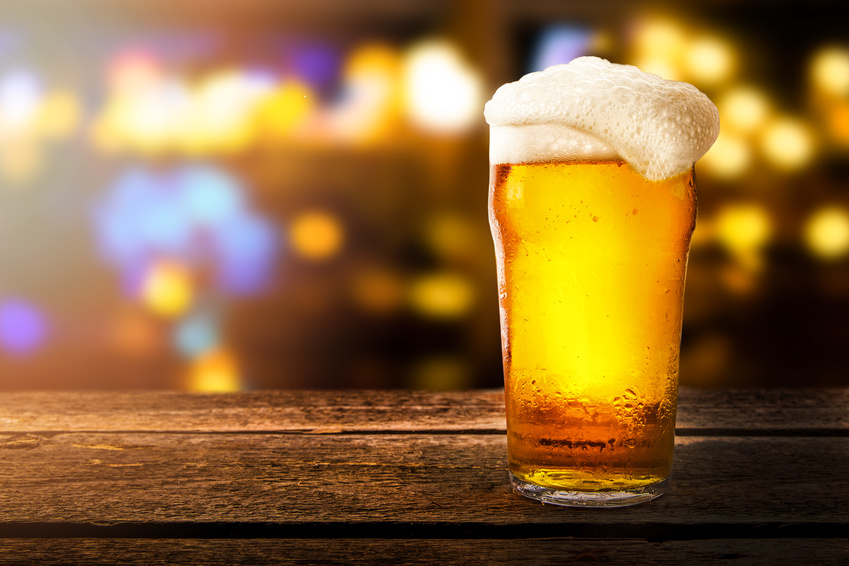 National Beer Day isn’t a widely known holiday outside the beer world, but its origins hold particular historical significance that more people should be aware of. The celebration of beer falls every year on April 7th, and, what most people don’t know is that National Beer Day marked the beginning of the end of a dark time in American drinking history.

A National Beer Day is prevalent in many countries, including Australia, in which the date falls on 7th August this year. Alcoholic beverages are loved all around the world, and so it’s no surprise that National Beer Day occurs elsewhere. No doubt Australians will be heading to a bar north melbourne based on this day! However, National Beer Day in the USA, as mentioned previously, has a special meaning.

We barely need an excuse to throw a party. Every year in the United States, we spend $280 billion on more than 18 million parties, soirees, meetings, gatherings, events, bashes — you name it, we’ve thrown it. You can imagine that leaves some pretty hefty bar tabs, but it wasn’t always like it is today. Once upon a time, not so long ago, the party scene in the United States wasn’t in a good place.

As it stands right now, at least 71% to 73% of Millennials drink beer, wine, or liquor. Those are just the numbers that were recorded. The brunch generation is living large, tossing back bevvies like it’s nobody’s business, but this wasn’t always the case. On January 16, 1919, the 18th Amendment to the Constitution of the United States prohibited the sale, transport, and making of alcoholic beverages. In one fell swoop, the United States government became the biggest buzzkill our good citizens had ever, and would ever, experience.

In the years after Prohibition, people had to be pretty sly about how they got their buzz on. Think about any of the countless bootlegging gangster movies you’ve seen. Sure, there were illegal operations like that, but the country was mostly regular folks who wanted to toss back a few of their favorite boozy beverages after a hard day at work. Work was hard then and only got harder towards the end of the 1920s when the Great Depression began. Franklin Delano Roosevelt came into his Presidency during the Great Depression and knew that he needed to make some changes to shake things up and pull the country out of the Depression.

FDR figured that with Prohibition stifling the sale, manufacturing, and shipping of alcohol, getting some booze back on the market could make a difference in the economy and the American. Thus, getting rid of the anti-alcohol laws was top on the to-do list of FDR’s Congress, but one does not simply overturn a Constitutional amendment overnight. It’s a gradual process. On March 22, 1933, FDR signed the Cullen-Harrison Act which repealed a part of the 18th Amendment known as the Volstead Act; the act that banned wine and beer specifically.

When the 18th Amendment passed in 1922, some of the less hardline Prohibitionists assumed that it would only make hard liquor illegal, leaving people free to consume beer and wine. True Prohibitionists took care of this alcoholic loophole with the Volstead Act, which hammered the final nail in coffin for booze by criminalizing beer and wine, too. The Cullen-Harrison Act made beer legal again while they got to work on the fully repealing Prohibition. Upon FDR signing the Cullen-Harrison act, he famously said:

“I think this would be a good time for a beer.”

Signed on March 22, the Cullen-Harrison Act didn’t officially become law until April 7th. So, you can imagine the celebration the night of April 6th was, which has affectionately become known as New Beer’s Eve. Celebrated long before now, a guy named Justin Smith first established the modern Renaissance of National Beer Day back in 2009. You can imagine how well the holiday would do on social media. Now every year on April 7th, we celebrate National Beer Day in memory of an historic occasion that set the stage for even greater change.

While April 7th was quite the party, arguably the biggest party in the U.S.A. was the repeal of Prohibition. After the Cullen-Harrison Act earlier in the year, on December 5, 1933, the 21st Amendment was ratified and reversed the massive mistake that was the 18th Amendment. From that day forward, Prohibition was repealed and it was finally legal to drink, make, and sell all forms of booze again.

It all began with beer. That’s something I’ll heft a pint to.

The Best Interior Design And Decorating Trends To Revamp Your Space

Want a Smoke-Free 4/20? Try This Cannabis Beer Instead