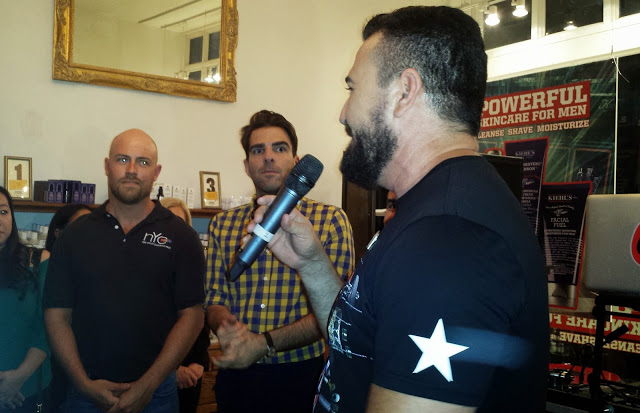 To celebrate NYC Gay Pride, celebrities Taryn Manning and Zachary Quinto were on hand at the Kiehl’s Flagship store with President, Chris Salgardo, for the official kick-off NYC Pride week party. This year marks the fifth year that Kiehl’s Since 1851 has been an official sponsor of NYC Pride and the brand’s 12th year marching in the Pride Parade. Taryn Manning was the event’s DJ, with Zachary Quinto taking the helm as co-host with Chris Salgardo. 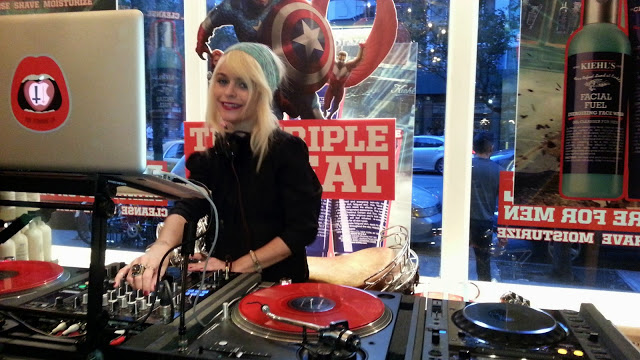 Taryn Manning kept the Kiehl’s party going all night playing crowd-pleasing hit after hit, and she still made time to take a photo with anyone who asked without batting an eye. Check out some of her DJ skills below:

The event also was a chance for Kiehl’s to show their continued philanthropy and sense of community with a donation of $5,000 (the amount was actually matched by Yabu Pushelberg) made to the Hetrick-Martin Institute, a non-profit that believes all young people, regardless of sexual orientation or identity, deserve a safe and supportive environment in which to achieve their full potential. Hetrick-Martin creates this environment for lesbian, gay, bisexual, transgender and questioning (LGBTQ) youth between the ages of 13 and 24 and their families. 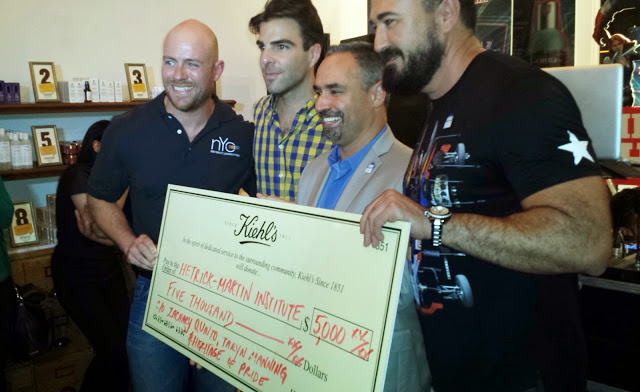 Zachary Quinto spoke at the event on the wonderful work Kiehl’s, Chris Salgardo, and Hetrick-Martin Institute has done for the gay community and encouraging attendees to get involved.