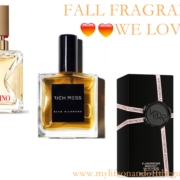 The transition from one season to another is something we look forward to for so many reasons. One of which is the new product launches and items associated with that season. As we are deep into the fall season, we can’t help but be enamored with some of the must-have fall fragrances. Three wonderful scents have caught our attention; one whiff of them and you’ll smell why. 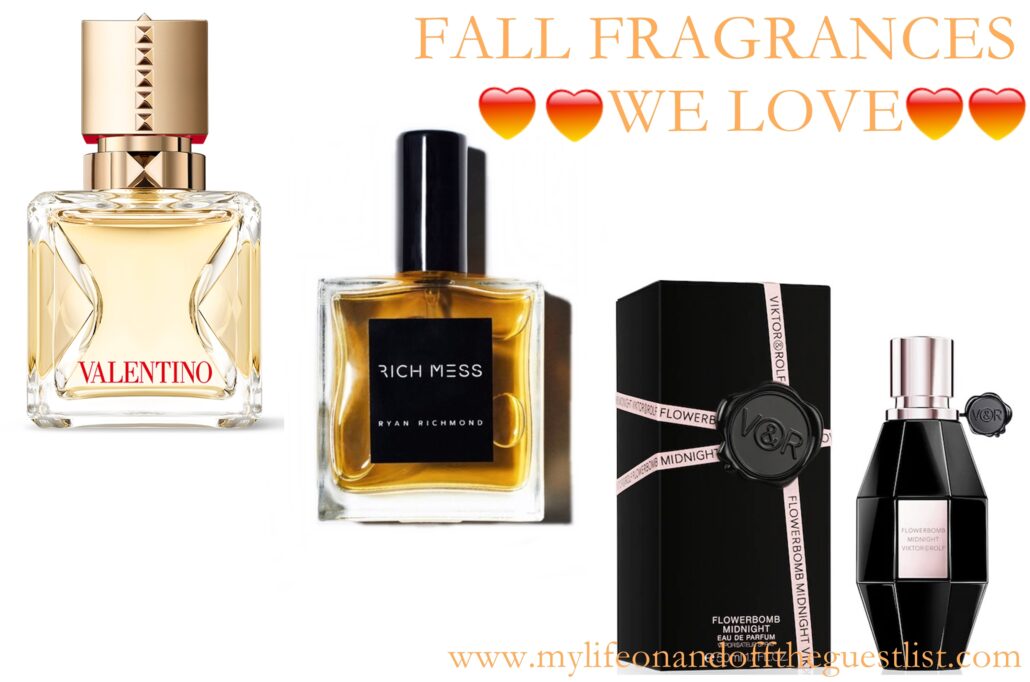 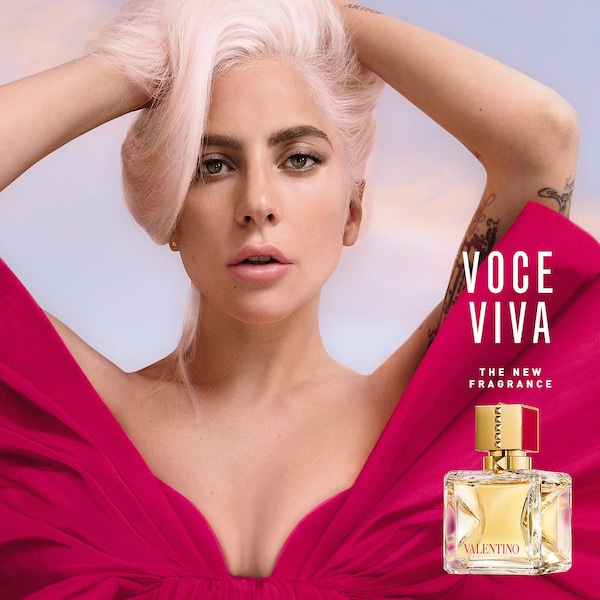 A sweet floral fragrance that celebrates all things feminine. This harmonious scent combines couture orange blossom absolute and golden gardenia paired with colorful Italian bergamot and mandarin. An unexpected woody scent of crystal moss accord adds power and compulsion (you will find yourself continuously going back to breathe in the addictive parfum). This feminine perfume is intimate and personal, drawing a parallel between the sound of your voice and the scent of your fragrance. Created by the iconic Cool, Color, Couture fashion house, this fragrance celebrates every women’s voice. Fragrance notes include:

There are fragrances that simply make you smell good and there are those that push you to go outside of your comfort zone. One mist of Rich Mess aromatically whispers, “I dare you…” This bold, unisex fragrance was created in New York by creative director Ryan Richmond, a trailblazer within some of the biggest names in luxury fashion and beauty. The nose behind this creation is master perfumer Christophe Laudamiel. Notes of vibrant citrus and bubbly champagne stimulate your senses before new-found friendships breed skin salt familiarity. Lastly, you’re enveloped by sensual leather and woody notes. 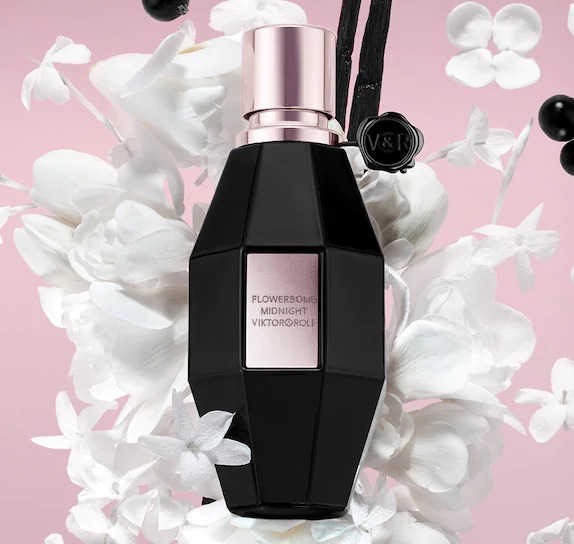 If you love warm fragrances that are also dark and sweet, this is for you. This women’s fragrance unleashes a new sensuality without losing any of its timeless appeal. Unleash a new sensuality with Flowerbomb Midnight. You’ll never know what the night will bring. It boasts sparkling blackcurrant and night-blooming jasmine that is surrounded by intimate musk and pomegranate, along with sensual peony and vanilla. together, they create the most mysterious floral sensation. The beguiling notes include:

Any of these fall fragrances would make great holiday gifts. We invite you to discover them for yourselves and let us know your thoughts on each fall fragrance.

Not to be left out, as a surprise of the audience, Lady Gaga opened the show to over 1,000 attendees.She also presented the International Emmy Founders Award to Nigel Lythgoe, the executive producer of American Idol and the Co-creator & Executive Producer of So You Think You Can Dance. 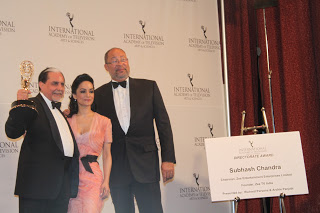 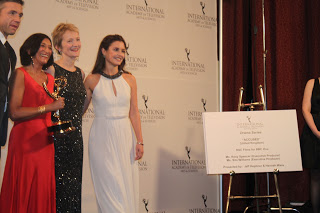 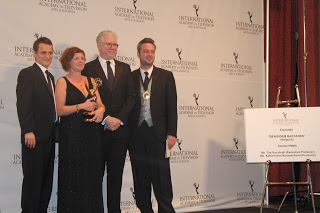 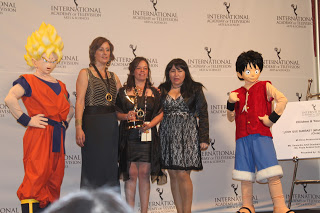 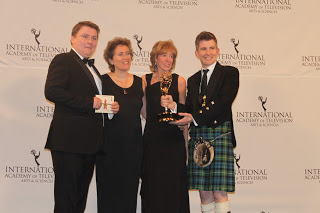 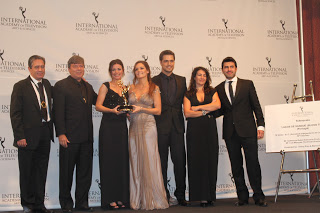 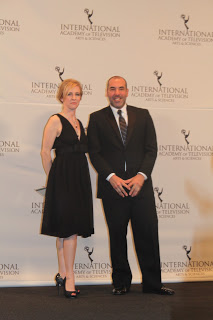 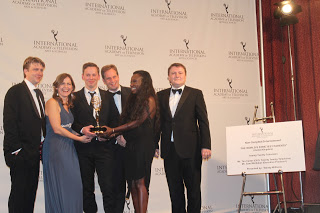 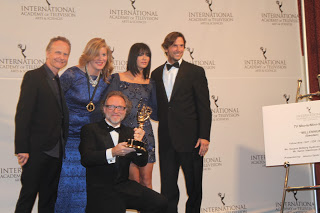 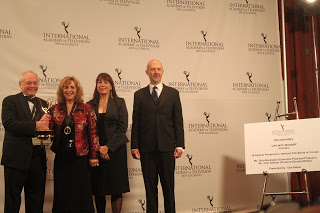 Check out images of celebrity attendees and presenters below: 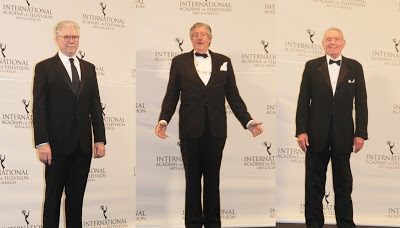 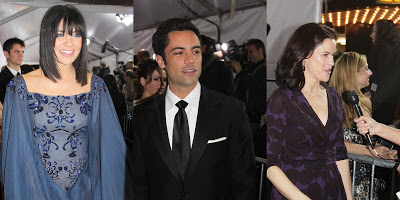 The hottest new hair trend sported on celebs such as Lady Gaga and Nicki Minaj is Dipped-dyed Hair. Though these two have opted for color accents in florescent hues. 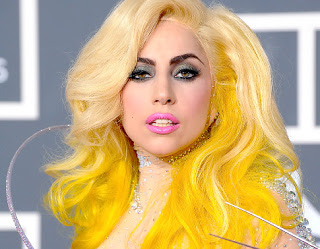 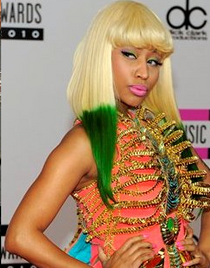 Thanks to TouchBack Hair Marker, the dip-dyed look is also perfect for everyday when worn in natural shades as seen on Drew Barrymore below 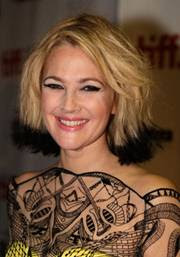 The TouchBack Hair Marker, wearable dip-dyed style is easy to recreate without the risk. Simply select a TouchBack marker two shades darker than your current hair hue and saturate the ends with color.

The pocket-sized marker makes for easy application when you want it, where you want it. Unlike mascara, crayons, gels, and powders, TouchBack won’t flake or rub off with brushing. TouchBack bonds to the hair and stays true until shampooed out.

TO — USE: Apply the TouchBack marker to dry hair. To remove color, simply shampoo.

WHERE TO FIND IT: www.TouchBackGray.com and all Ulta stores. To find out more info on Touchback, checkout TouchBack on Facebook and TouchBack on Twitter.