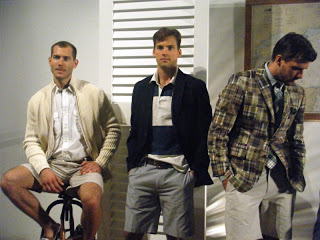 There’s always a few things that I immediately think about when I hear the word Nautica. First, its those orange floatation hang tags I never knew quite what to do with as a die hard city boy. Secondly, as a “Fashion guy”, it was the brand that David Chu spawned and turned into a household name. Finally, it was the thought that “since I won’t be catamaran-ing up to Cape Cod for the wane summer months, no need to even pass by that section on the men’s floor”.

Enter Nautica 2010. I was hired to wardrobe a television show for an up and coming personality recently and was told he needed a refined, relatable look consisting mainly of button downs. So after trudging to the local department stores men’s floor (yes floor as in singular; why do we always only get one floor?..but I digress) I stumbled across what seemed like a re-edited Nautica section. Gone were the overt nautical themes in colors and cuts that would make middle American dads stand up and shift themselves and instead I was surprised to see more streamlined cuts, updated wash and wear fabrics and this cool factor that would make even a subway taking, gin-drinking native New Yorker like me pull out his charge and not even ask “So is this on sale?”
Enter Nautica Spring/Summer 2011. What I got from this collection was more of the same relatable clothing that American men recognize and international men recognize us for, but in a fresh voice. Nautica is a great brand to introduce and implement the easily wearable, ultimately American and relaxed attitude that heritage aesthetic brings about. 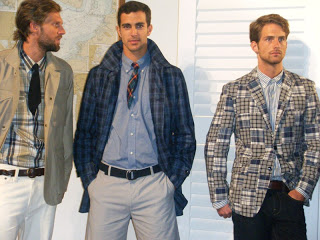 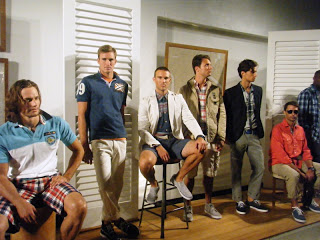 The soft cottons in navies and cobalts and the dashes of interesting muted greys and beiges with the right nuances of color really allow in my opinion for an American man to give his wardrobe that modern, accessible boost. The collection had an underlying homage to cleanliness and a touch of ivy leaguery but it didn’t cram it down your throat. 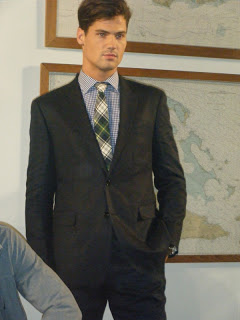 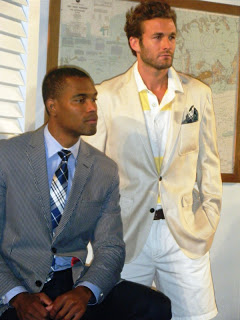 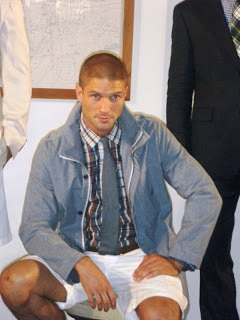 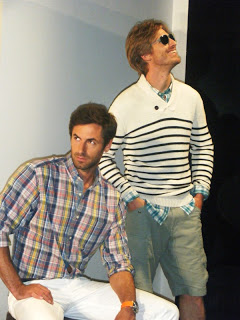 The styling of the presentation suggested a way to wear the clothing but when you looked at each individual piece, a man can see a way to add it to his already existing wardrobe and also what he may very well need to update. With the cool use of fabric textures and washes, a man may do just that as well; update his wardrobe with a consumer friendly brand that translates well to a modern, sensible aesthetic. Some key items were great wash and wear wovens, slick comfortable outerwear and unstructured blazers that, when paired with dark denim, lend a sartorial elegance to a routine work/afterwork day; fitting for when you have to forgo your yellow catamaran for a yellow cab. DW