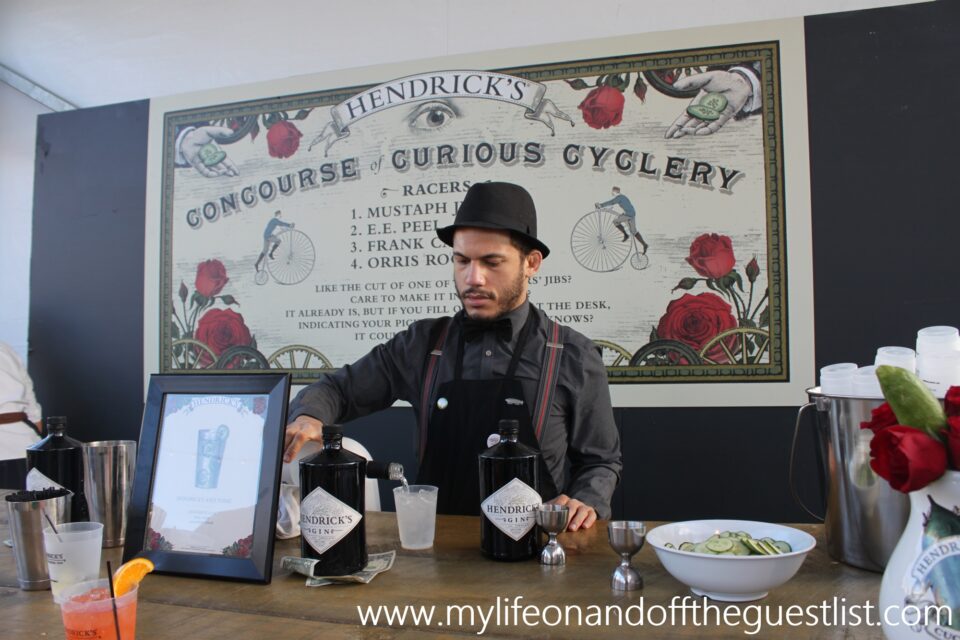 In case you didn’t know, Tuesday, June 14th was World Cucumber Day, a day to honor the refreshing and delightful fruit (yes, although it is used as a culinary vegetable, the cucumber, like a tomato, is a fruit)! To kick off the summer season, and celebrate its flagship holiday, Hendrick’s Gin celebrated with a two-day Carnivale event celebrating the cucumber, and the warm weather season called, the Hendrick’s Gin Cucumber Festival of Wonder! 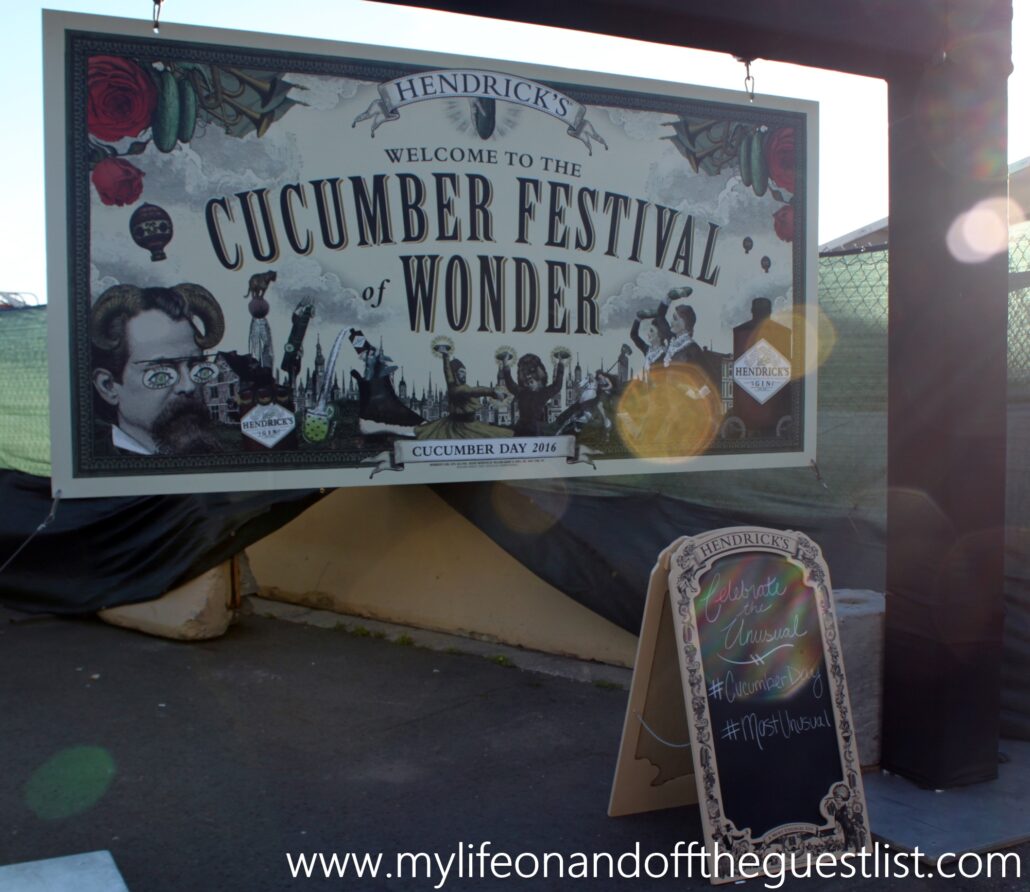 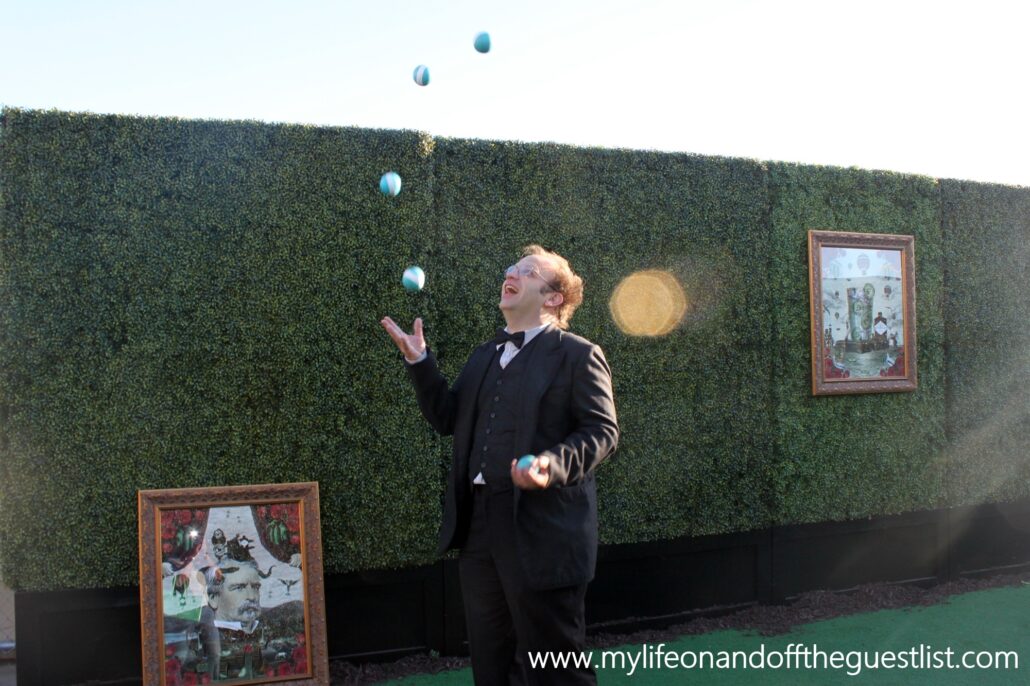 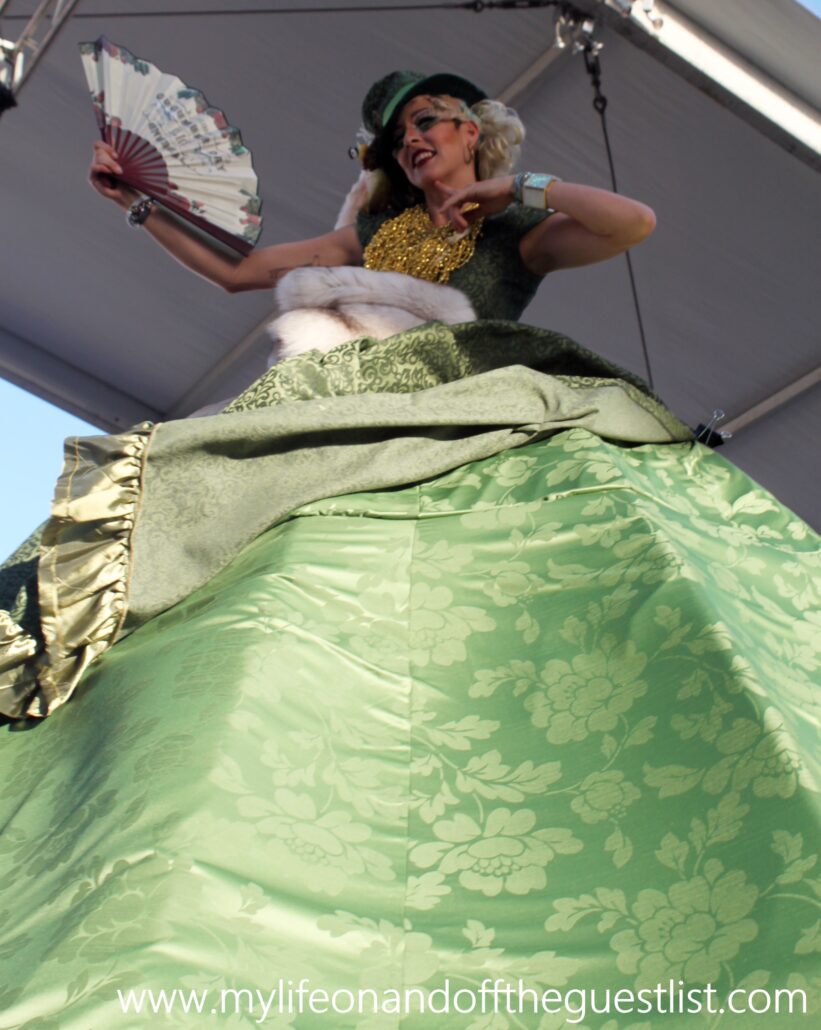 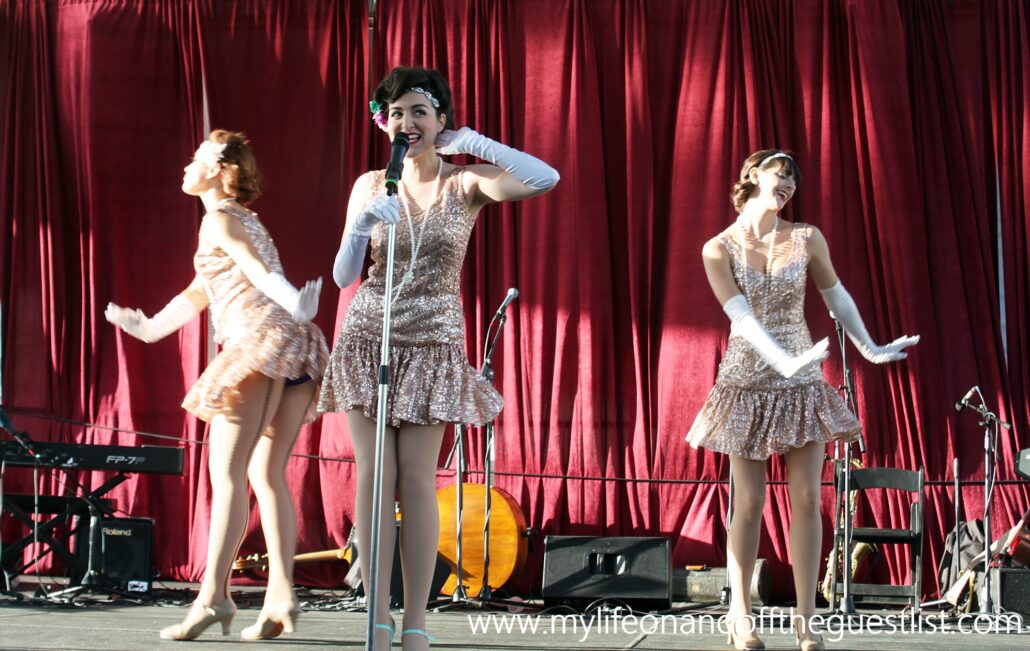 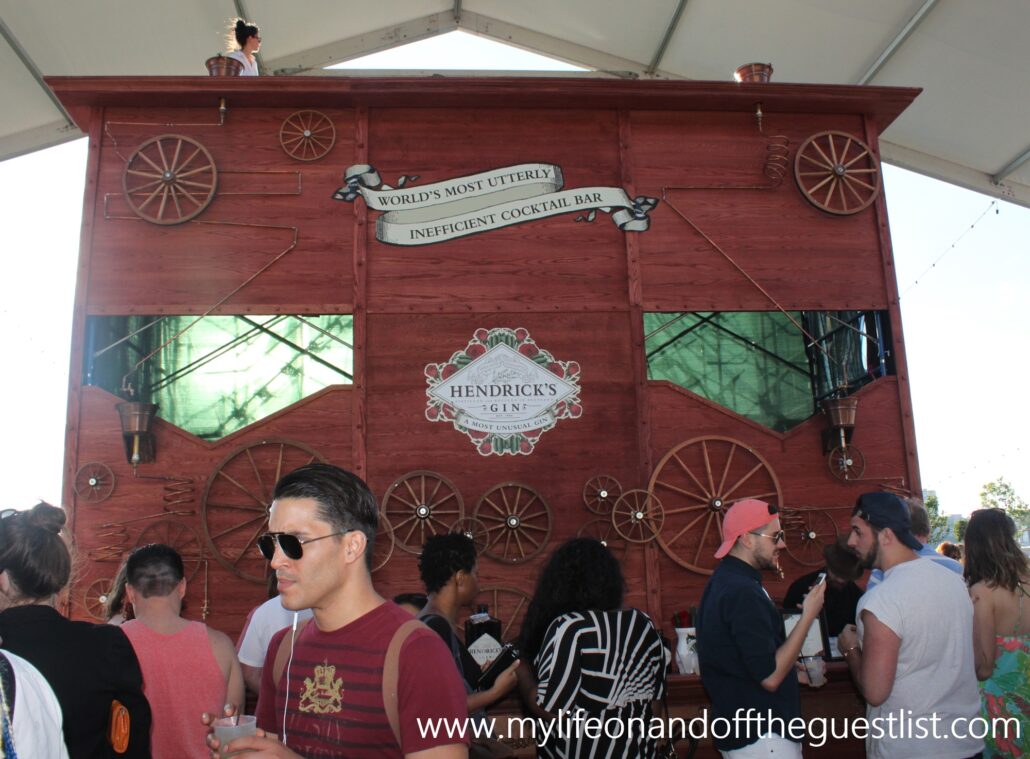 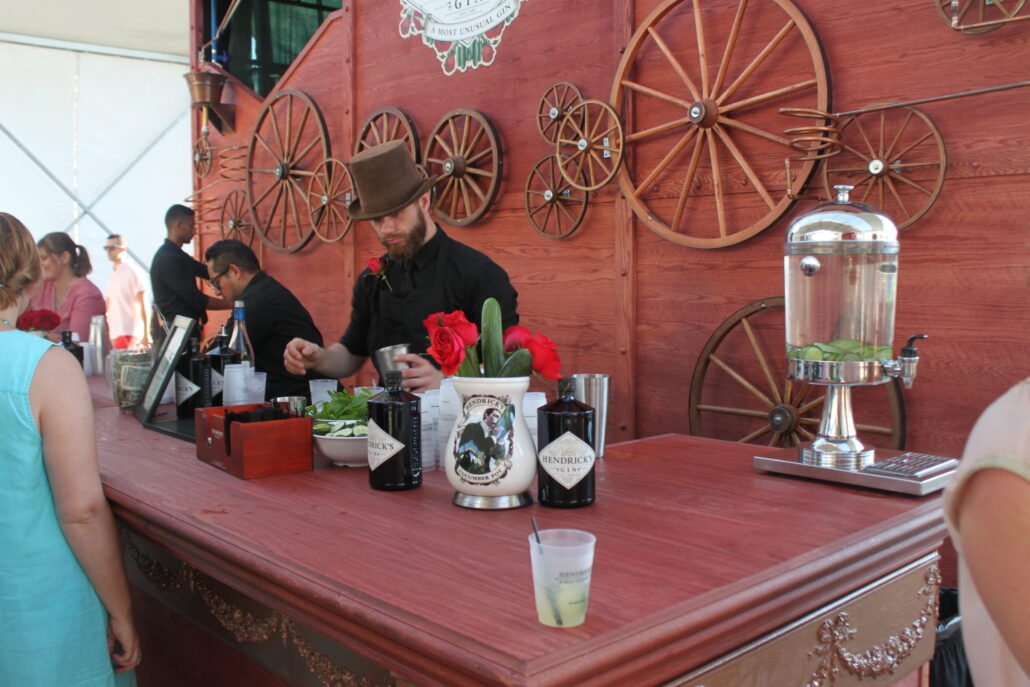 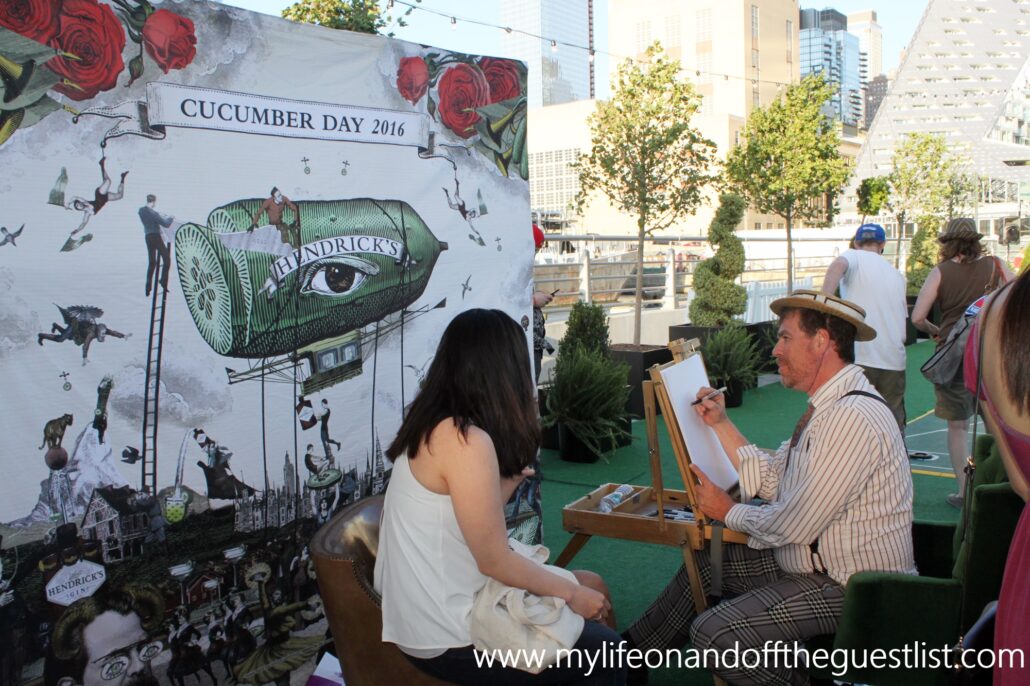 The modern crowd was enthralled by the old time lawn games, which included Shuffle Board, Bocce, Ladders, and Cornhole. All of which promised the coveted green Hendrick’s Gin Cucumber Festival of Wonder tickets (also known as Cucumber Day currency) which awarded such prices as playing cards, hip flask, hand fan, tea cup and saucer, leather wallet, umbrellas, luggage tags and much more. 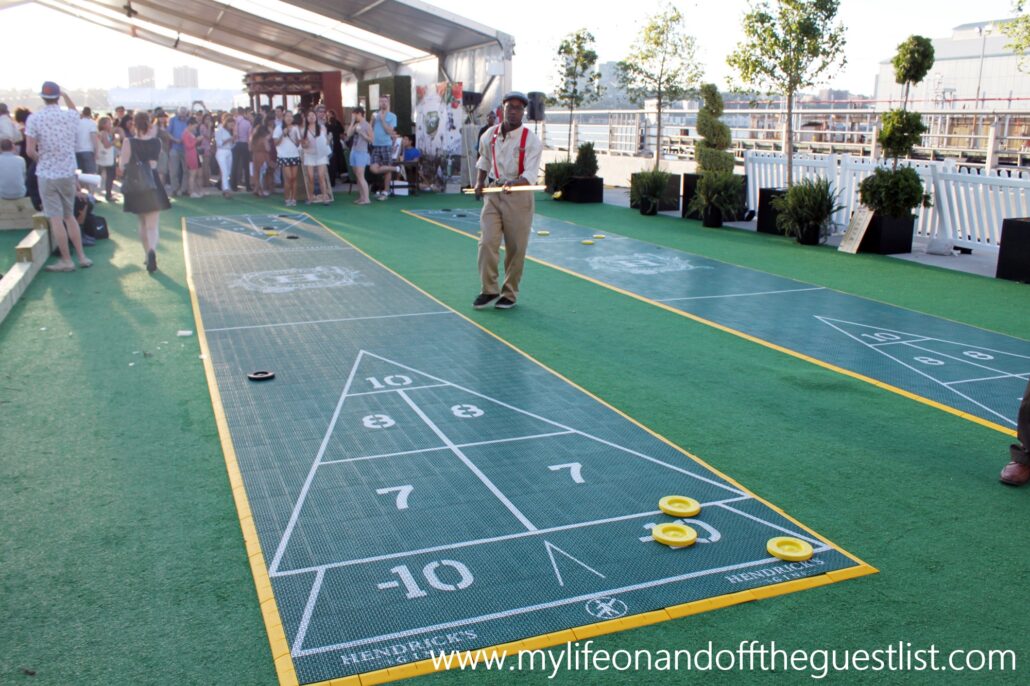 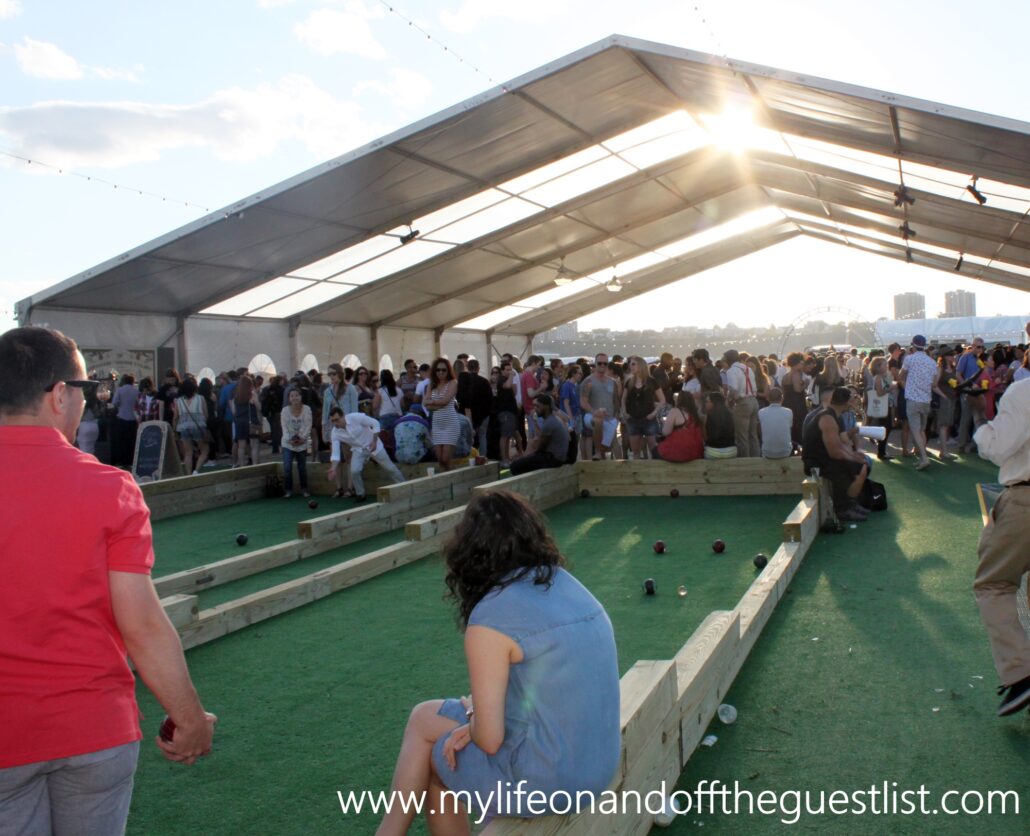 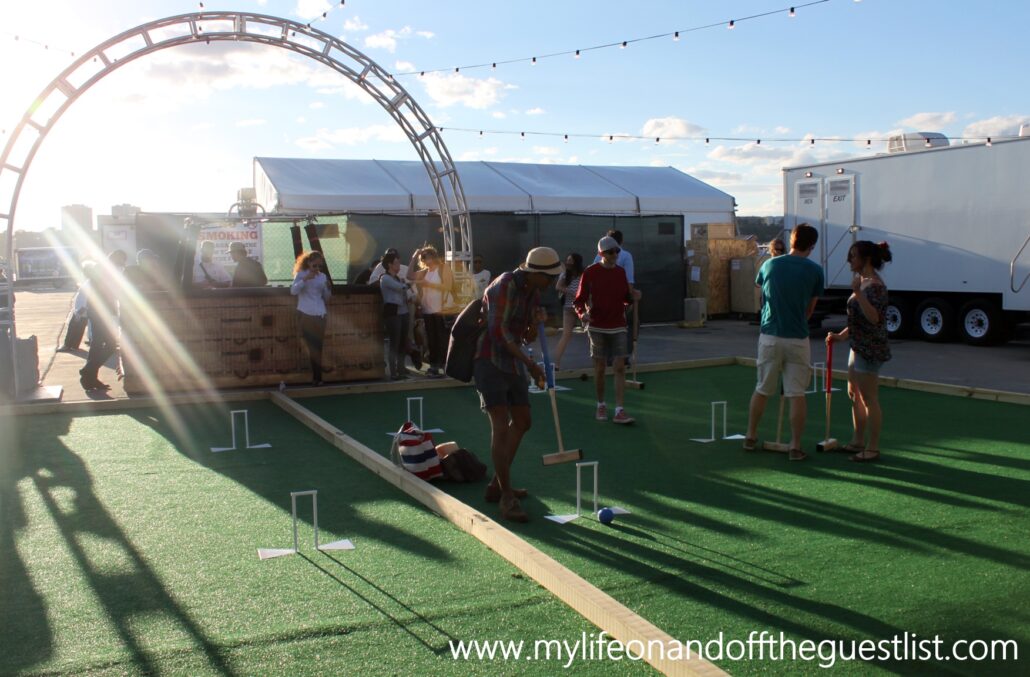 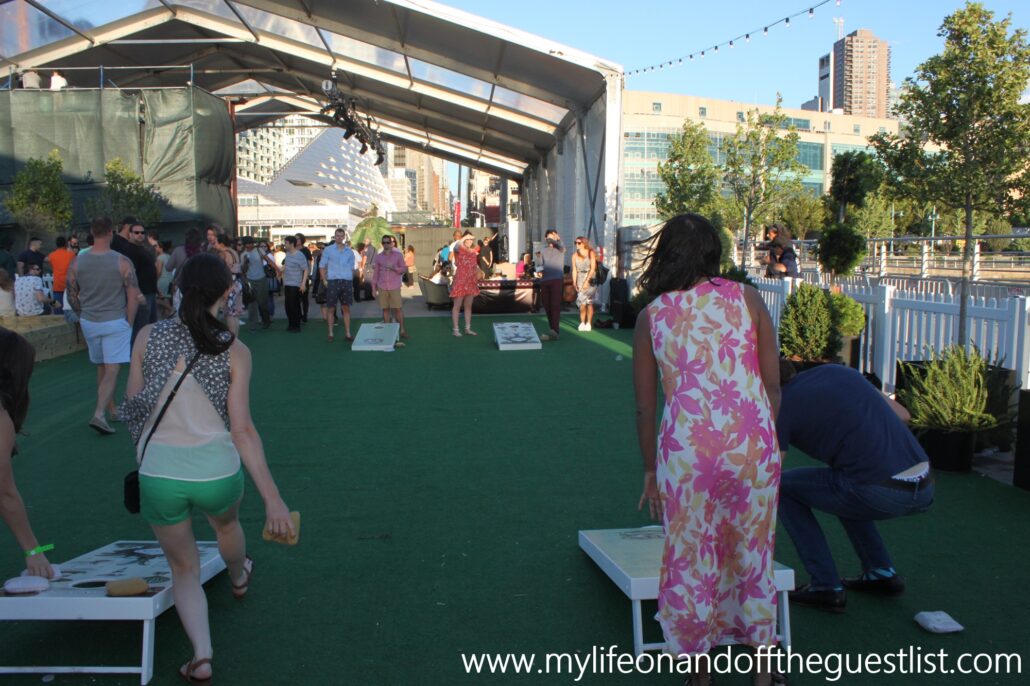 We found we were very skillful at Shuffle Board, easily beating a team of two. We need more time to fine tune our Bocce ball skills but we really enjoyed the game, but when it comes to Cornhole, our time was best spent at one of the festival bars enjoying a cocktail or two. 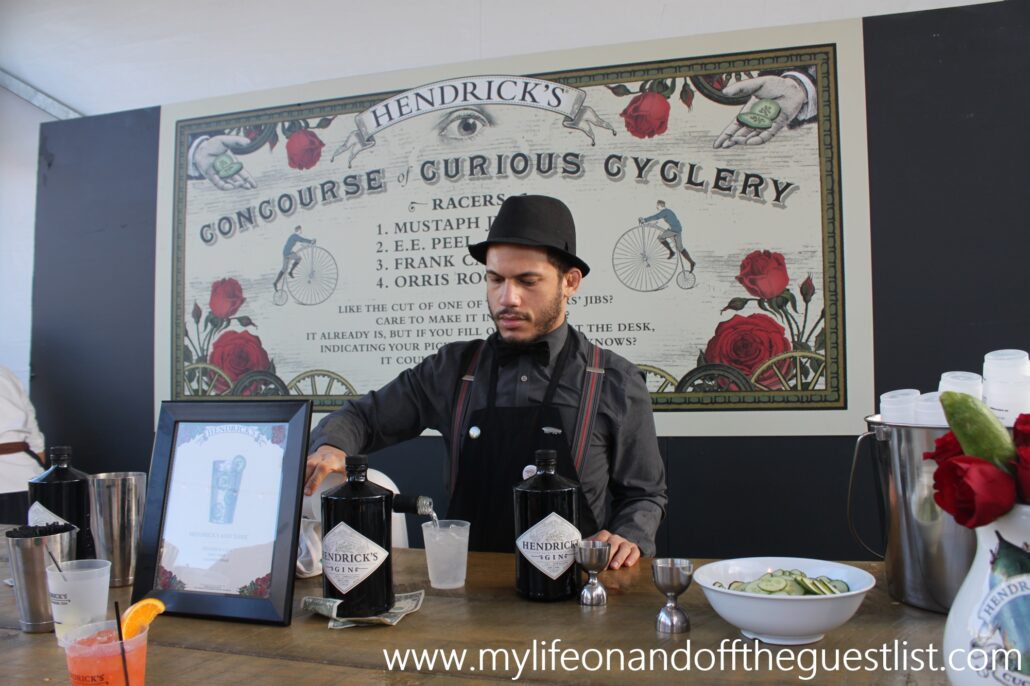 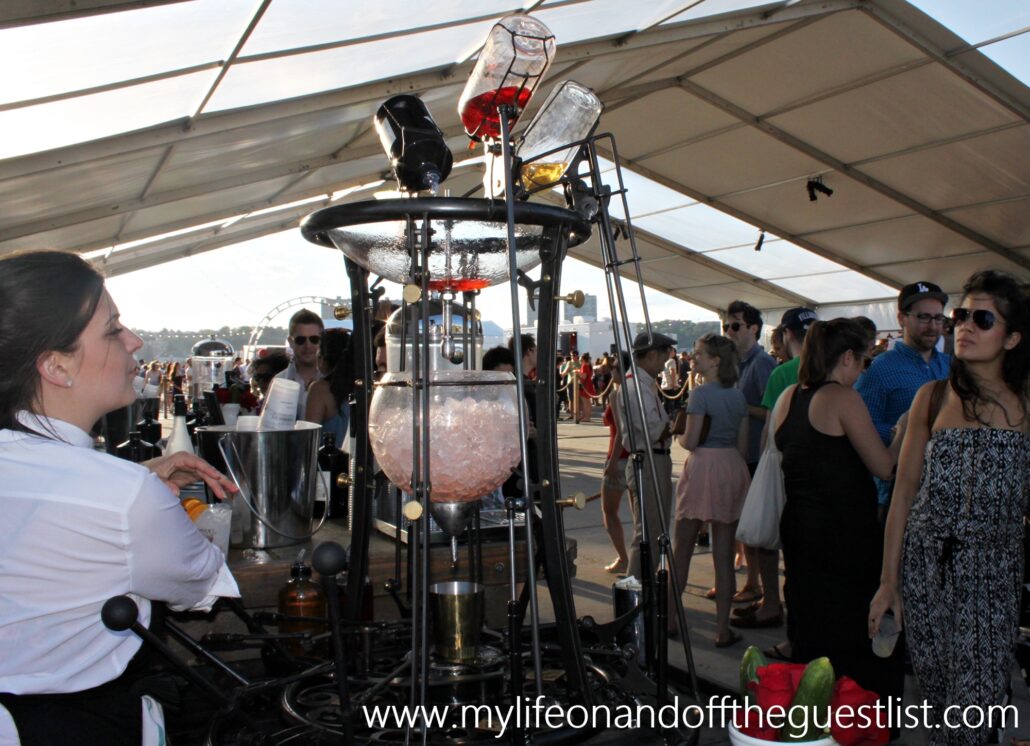 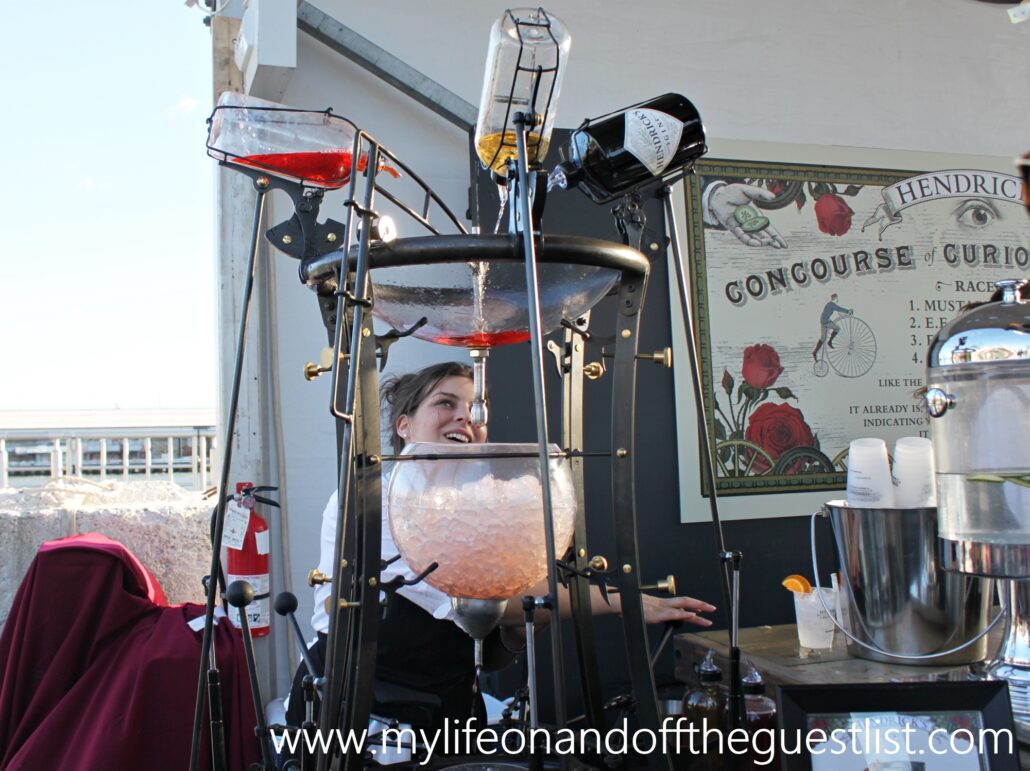 Of course, the six delicious featured cocktails at the Hendrick’s Gin Cucumber Festival of Wonder, which included the Hendrick’s & Tonic, Cucumber Basil Smash, Snow Meiser’s Cooler, Unusual Negroni, Melondious Melonade, and Pell Mell Punch, were the highlight of the event, with the penny farthing races a close second. 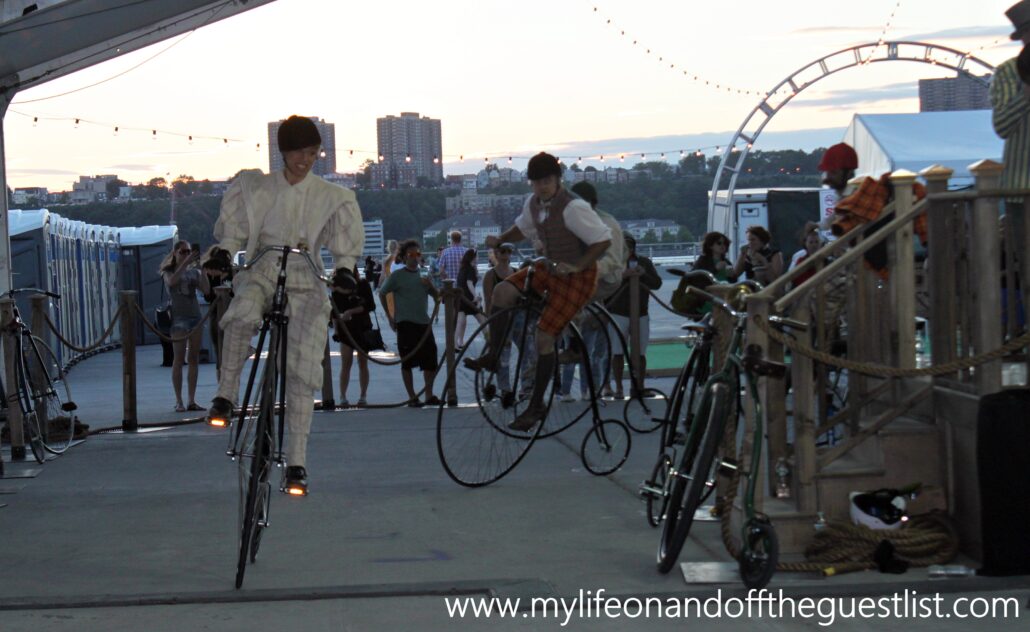 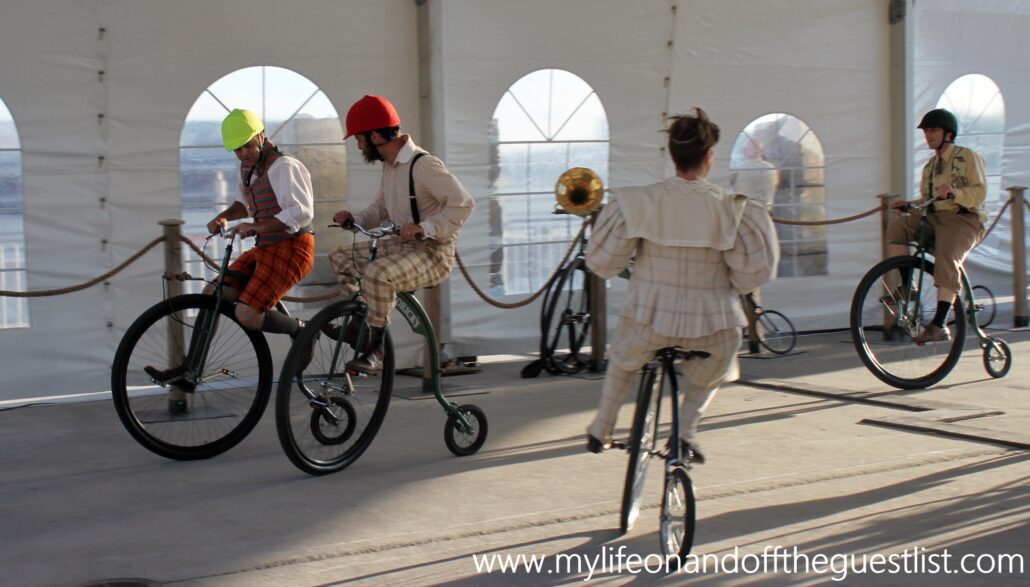 CallThere: Talk to Randomly Selected Users Around the World

Viscata Barcelona: Essential Summer Shoes to Travel in Style With

Masktini and Isa Lazo: Skincare Heroes for the Harshest Season

you have a great blog here! would you like to make some invite posts on my blog?