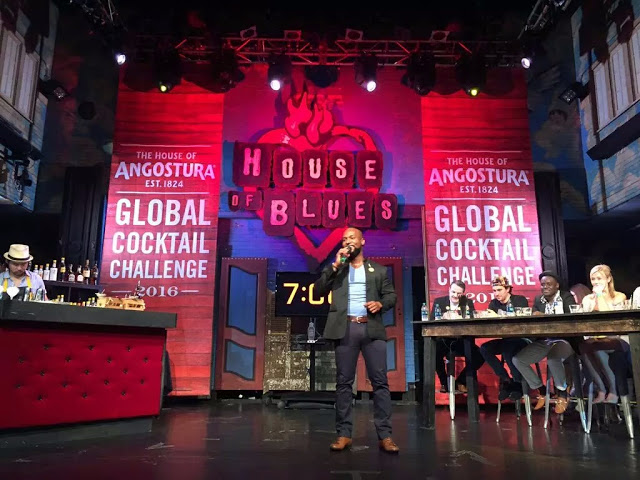 House of Angostura hosted its 2015 “Tales of the Cocktail” U.S. Cocktail Challenge at the House of Blues in New Orleans, Louisiana on July 16, 2015. The finalists, which included Elizabeth Mickiewicz of drumBar in Chicago, Aaron Butler of L’Artusi in New York, and Harry Chin of Caña Rum Bar in Los Angeles, were competing in the 2015 House of Angostura’s Cocktail Challenge. Their cocktail creations were quite wonderful and had dozens going back for seconds…and thirds! 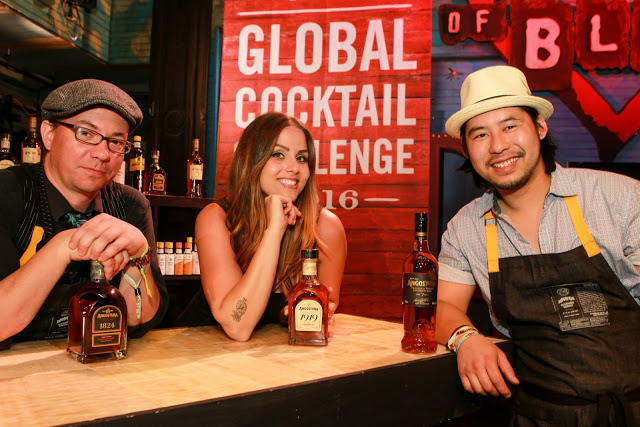 Finalists were allowed only seven minutes to create two unique cocktail creations. Both cocktails had to contain at least five dashes of Angostura aromatic bitters and the Rum category cocktail was required to also contain at least one ounce of any of the Angostura International rums. The judges were, all pictured above, were: Charlotte Voisey, Paul Clark, Philip Duff, Raymond Edwards and Mike Tomasic – winner of the 2014 Global Cocktail Challenge. Each of the competing mixologists were evaluated on taste, creativity and presentation.

First up was Harry Chin of Caña Rum Bar in Los Angeles, who packed a punch with his Trinity Island Cocktail, a wonderful concoction made with Angostura 7-yr old Rum, Angostura aromatic bitters, fruit punch syrup, and a spray of Absinthe. 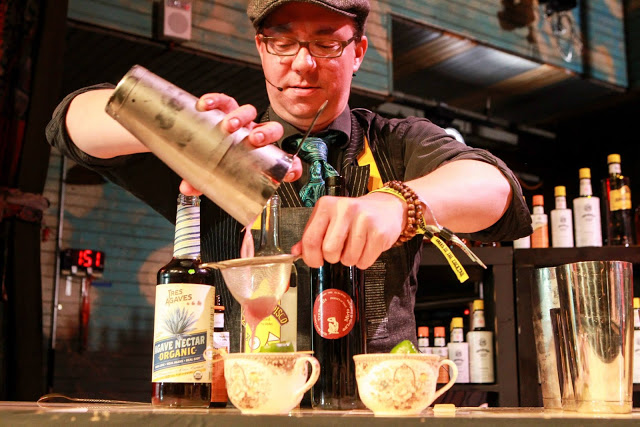 Aaron Butler of L’Artusi in New York showed that maybe the Brits do it better with one cocktail adorably served in a teacup, and the other aptly named, The Oldest Trick, which featured Angostura 1919 Rum, Angostura aromatic bitters, lemon juice, Pimm’s Benedictine, and Abita Jockamo IPA. 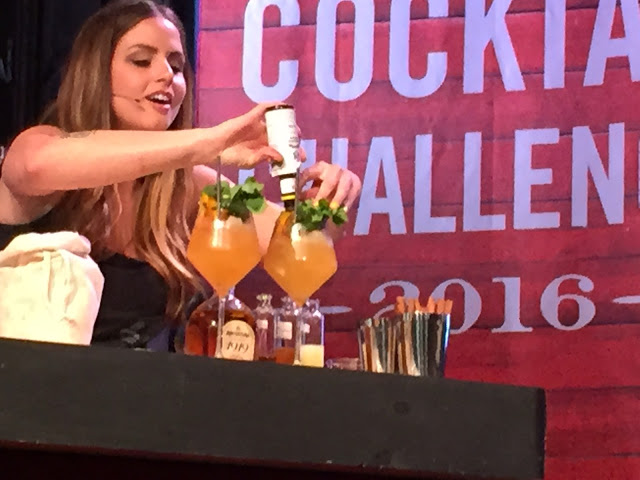 Elizabeth Mickiewicz of drumBar in Chicago’s creations were The Lost Days and The Trinidad Cobbler. My personal favorite was The Trinidad Cobbler – a deliciously refreshing cocktail perfect for summer and beautifully garnished with Mint, tropical fruit, lemon zest and grated cinnamon.

Elizabeth Mickiewicz of drumBar in Chicago made the winning cocktail with the Trinidad Cobbler. Congratulations Elizabeth! She went home with a cash prize of $5,000, and a free trip to Trinidad to compete in the Global House of Angostura Challenge in 2016 where she will be representing the US. The winning cocktail and recipe are below:

Photos 2,4,6 and 7 by House of Angostura
Written by VALERIE GOINES
Edited by GLASGOW SKINNER

Treat on a Stick: Not Your Ordinary Popsicles from Ruby Rockets, Brewla, & Sun Tropics

Save Big on Great Deals & Steals with Groupon Coupons