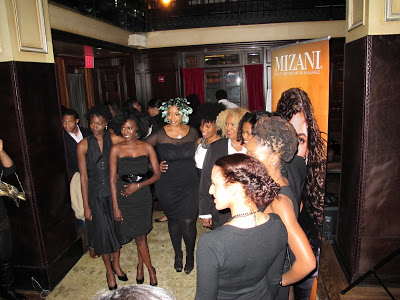 
We were also treated by surprise celebrity guests from “Fresh Prince of Bel Air” actresses Janet Hubert (Aunt Viv) and Karyn Parsons (Hillary), who came to show their support.

“CurlyNikki has built an amazing network of women who are passionate about natural hair. We’re happy to champion her, and what she’s doing. It coincides with what’s important to us in the beauty industry – a passionate exchange of ideas. “

In the midst of all the lovely curlies was lot’s of picture taking and even some styling. Mizani Team member, Toni Jackson-Garcia showed off a new Mizani styling tool called Lacers. These cool little thingys let you achieve defined curls/waves easily, weather your hair is straightened or naturally textured. They’re soft and comfortable too. These are supposed to be available from Mizani, although they seemed to not be available on their website currently. I smell an investigation coming on!

I was a fan of Mizani products when I was relaxed and they are steadily convincing me to try the True Textures line on my natural locks now. I was so inspired by the products and styles I saw there, I rocked big, blow-dried, braidout hair the very next week!

By “sketching,” or treating the hair as a canvas, and revealing the fundamental mastery of cut, texture and shape, the new looks for MIZANI define a new direction for a bold fashion-conscious woman in 2011. The MIZANI design team was inspired to use hair to mimic the texture and movement of textiles. Three of the five new innovative styles are featured below 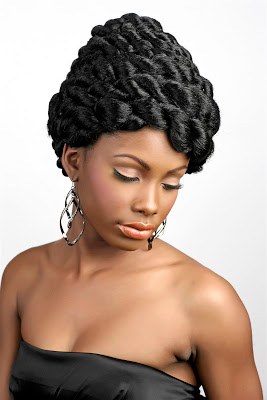 The Bobbin Lace – A bobbin lace is a handmade fabric made by braiding and twisting lengths of thread around bobbins. The effect, when wound properly, is similar to that of a decoration on a garment. MIZANI’s Bobbin Lace is an elegant braided turban. 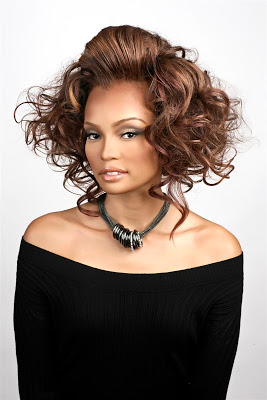 The Ruffle – During the “sketching” process, the ruffle is described as a gathering or pleating of fabric, which functions as a decorative trim, or creative foundation. The Ruffle was created using a backward pump as a foundation for ultimate pleating—soft trendy waves. 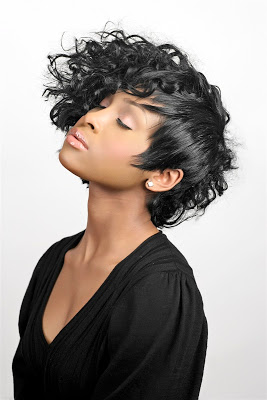 The Toile – As discussed, the toile is the foundation of clothing design. It is the custom pattern that is made to ensure a proper fit before constructing a garment. With the pixie and pageboy as the foundations, MIZANI created The Toile as the traditional look, which allows versatility and the option for creative expression.

The other two innovative MIZANI hairstyles are featured below

The Tassle – The Tassle is a series of windings of thread around a suspended string until the desired curvature is attained. In Western Civilization, The Tassle has evolved from the small and casual version found in Renaissance art, to the elaborate of the Victorian Era. MIZANI’s version is flirty, graceful and sophisticated, also known as, “The Pretty Pony.”

The Bustle – Historically known as the Grecian Bend, the bustle emerged as a trend in women’s fashion in the 19th century. Bustles in the back of dresses were created by draping surplus fabric and then pulling it into shape by tapes and buttons sewn into the skirt. MIZANI’s version of The Bustle is a bold, modern front pompadour, accented by a naturally curly hairstyle.