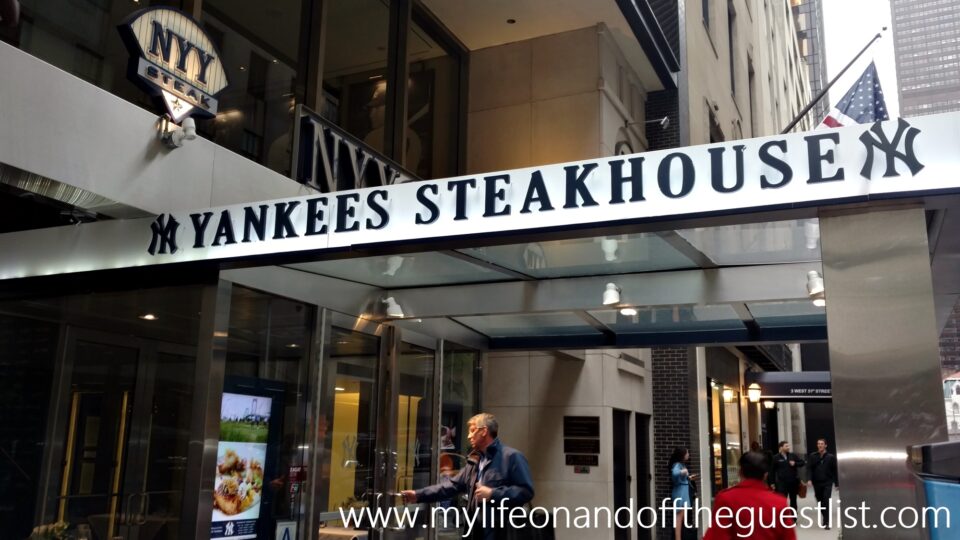 Calling all NY Yankees fans. Although you still have to go to the Bronx to catch a game, when it comes to Yankees memorabilia, a trip to midtown Manhattan is all it takes. For those looking for a little bit of big league action without trekking all the way up to the Bronx, must check out the NY Yankees Steakhouse, located a block away from Rockefeller center. This baseball fan favorite restaurant provides an upscale all-American steakhouse dining experience while you’re surrounded by official Yankees treasures. 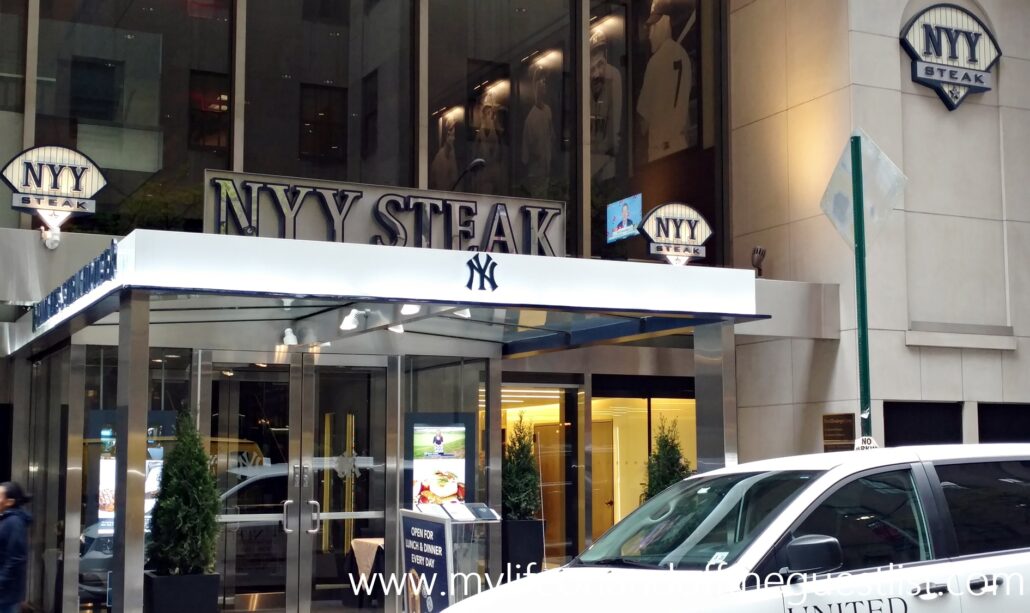 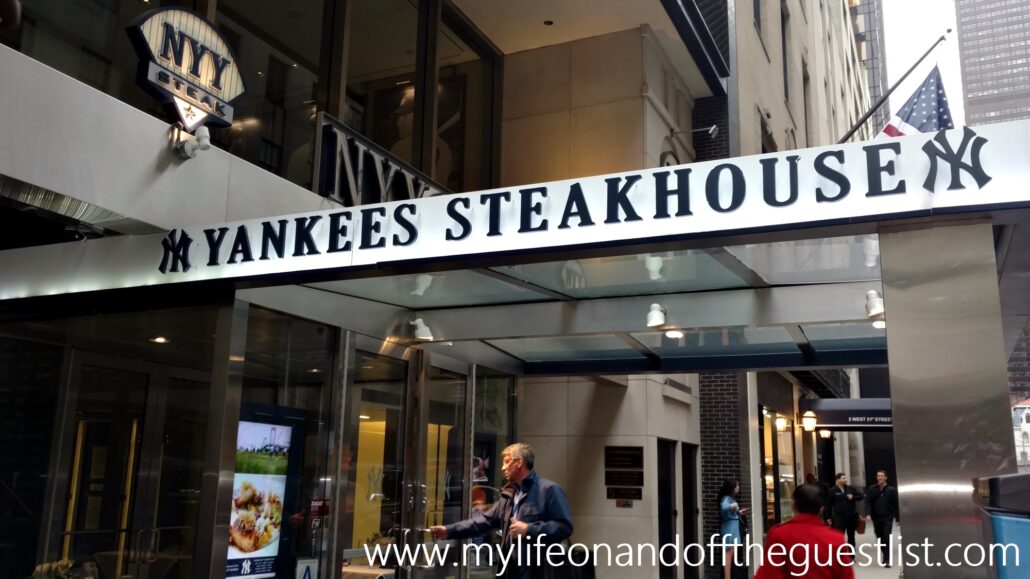 The NY Yankees Steakhouse is the only place in Manhattan where guests can cross home plate upon entry into the restaurant with a newly installed official game-used home plate surrounded by infield dirt from the original Stadium, they can also see the priceless World Series rings from all twenty-seven Yankees championship teams dating back to 1923, and the official trophies from the 1996 and 1998 World Series. 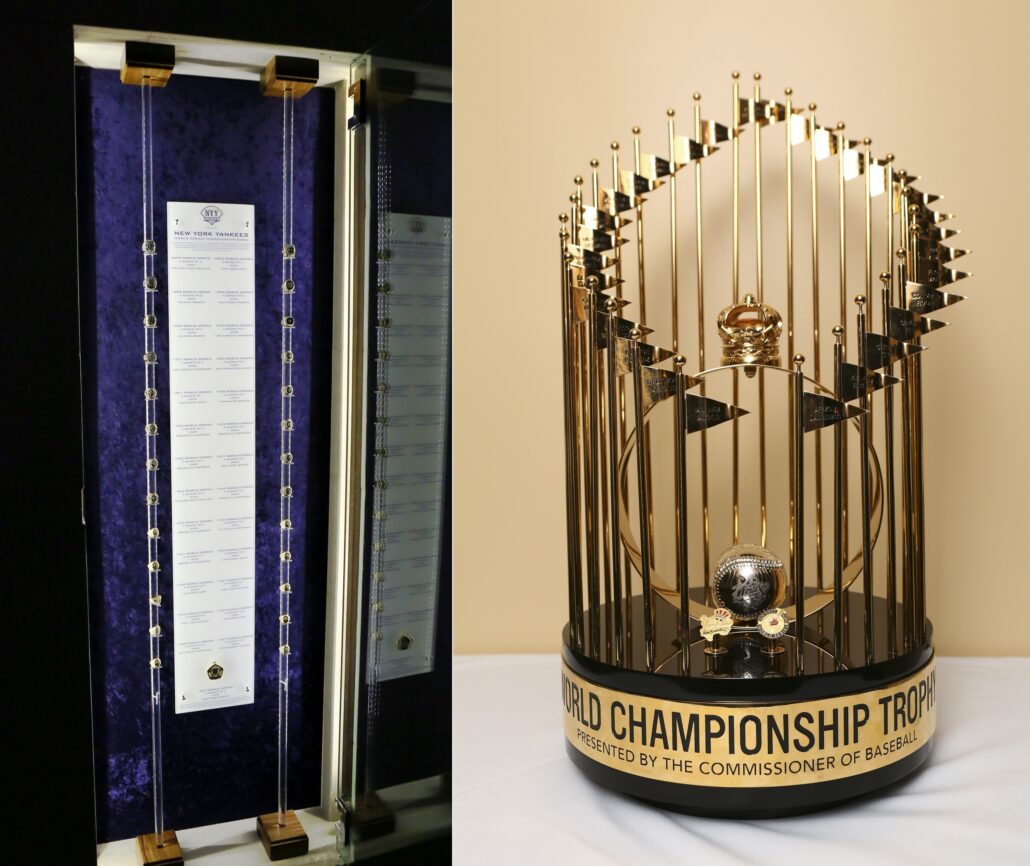 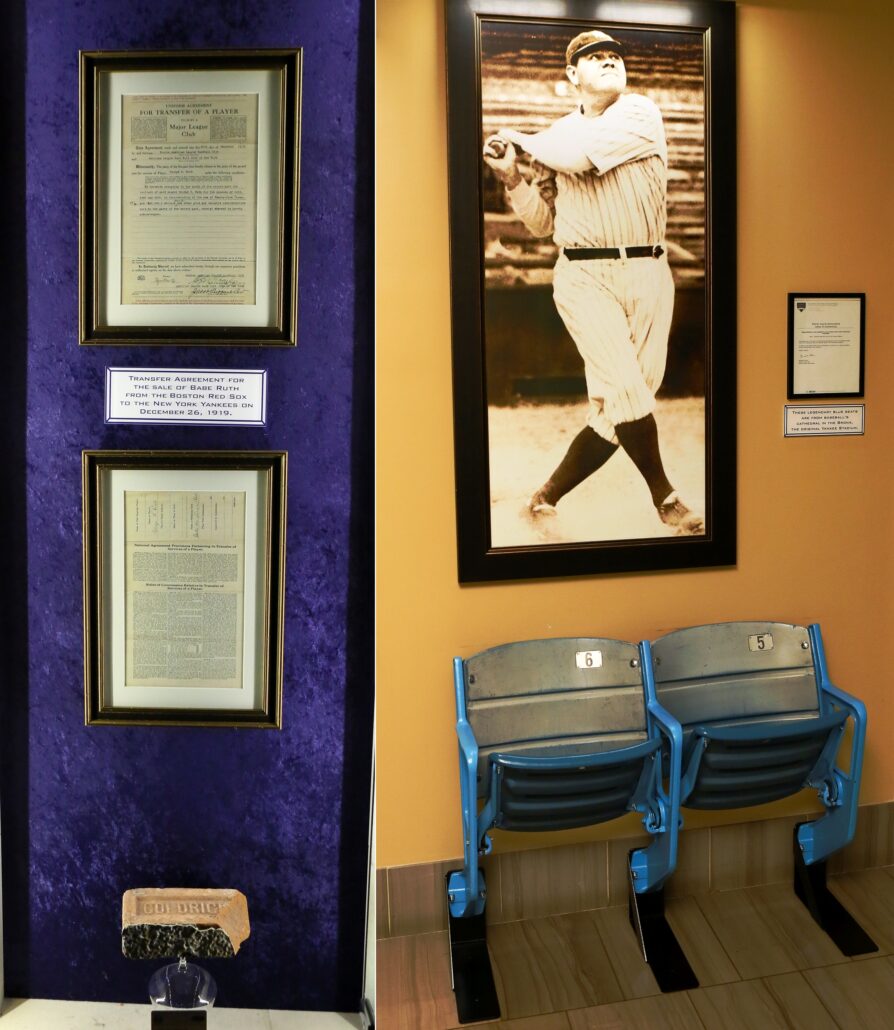 Some of the other new Yankees treasures that Yankees fans can ogle at the midtown steakhouse include:

Attendees also had a chance to enjoy the delectable cocktails and food offerings from the NY Yankees Steakhouse including the delicious Yankeetini, and Sour Smash cocktails (pictured below). we definitely advise you partake in these two wonderful drinks, but if wine is your preferred drink of choice, the NY Yankees Steakhouse also boasts an impressive list of nearly 300 wines from around the world.

NY Yankees Steakhouse offers a delicious menu including tantalizing appetizers, five-star seafood, USDA Prime steaks and specialty entrees such as the 27oz dry-aged Long Bone Ribeye. Guests can have their Ribeye bone personalized by the chef to make the meal just as memorable as the experience; an example is shown below in the event’s customized Ribeye bone, which paid homage to the Yankees’ 27 World Series Championships.

If you’re a Yankees fan who wants to enjoy the game and a great dinner experience at a location that’s much more than just a typical sports bar, we recommend heading over to 7 W 51st Street and indulging in all the pinstripe glory.