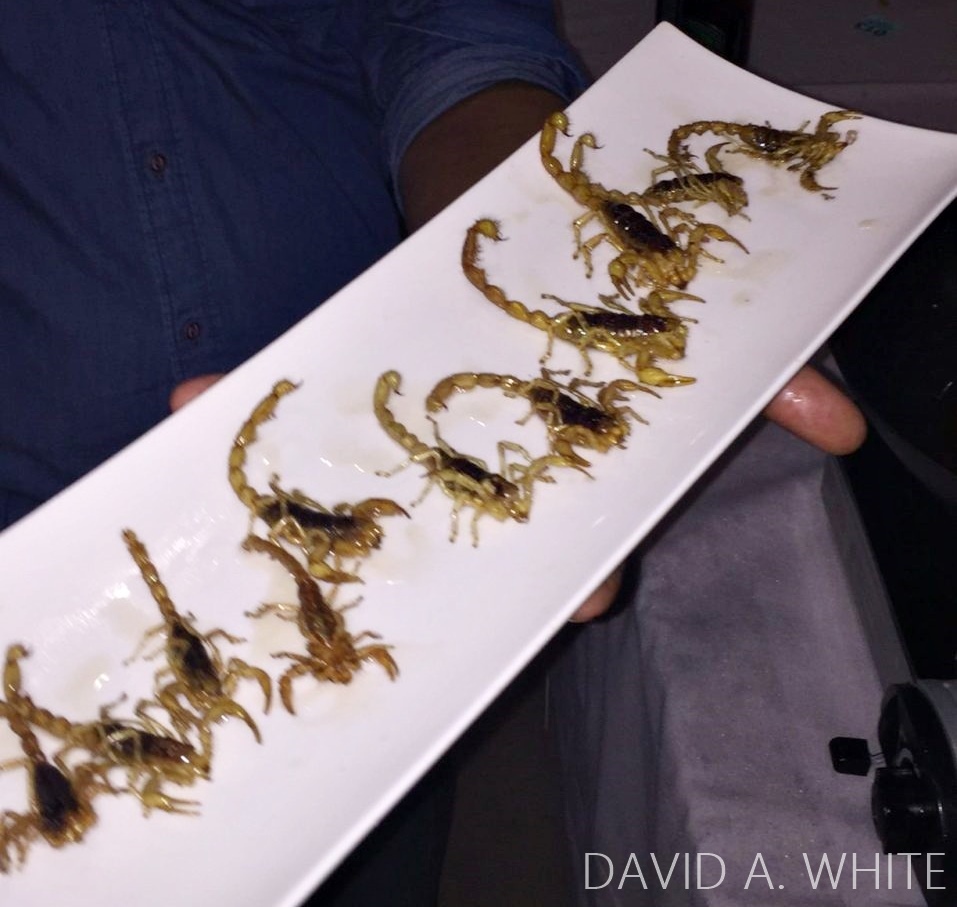 As a general rule, as many of my friends will tell you, I don’t really like anything other than myself and the iris in my living room and bedroom living in my house. My neighborhood is creeping with raccoons, skunks, and opossums that I have no intention of putting out the welcome mat for….ever!  Of course, I make an exception for when I dogsit, but those spuds can be trained and truth be known, I’d rather train a dog than a hungry giant species from the rodent family that’s been living in a hollowed out log all day.  So you can imagine how much lesser tolerance I have for the creepy crawly or buzz buzzing creatures that can invade a home as well.  That is until now. Until I attended the Bugging Out Web-Series. launch event. 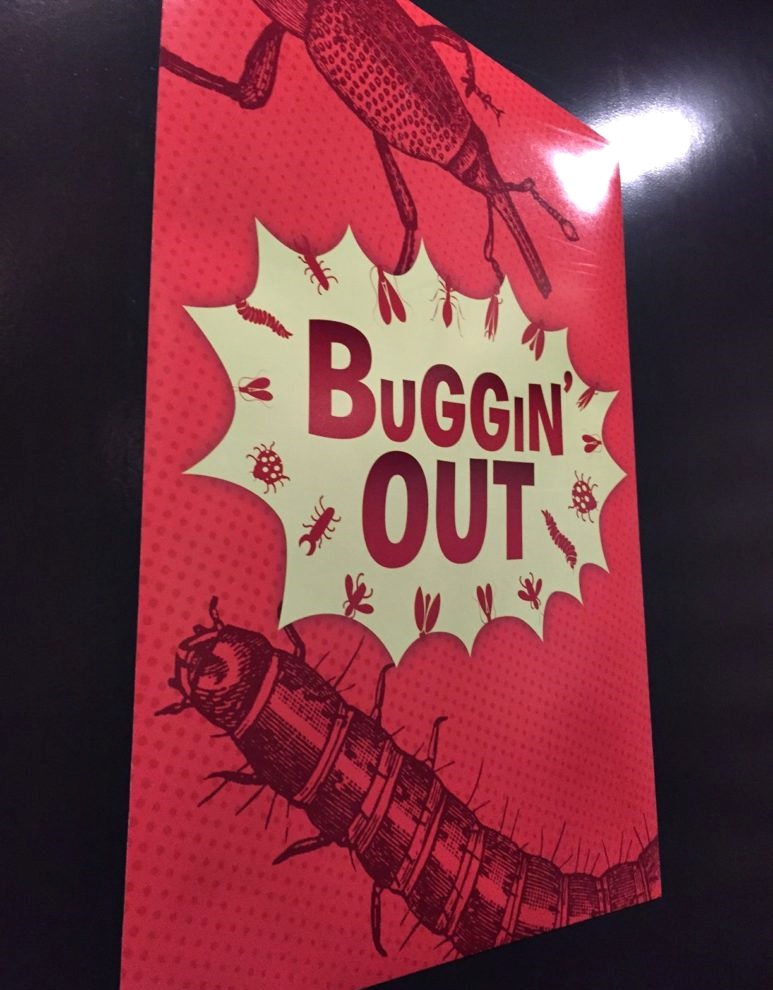 Now while I don’t want to see one sitting up on my coffee table, I was introduced to a newfound way of looking at insects last week Tuesday……as food!  Entomophagy is the human use of insects as food.  It’s quite a foreign and bizarre idea when approached to predominantly carnivorous societies, but it’s always been just as responsible and green as any modern sustainable food initiative.  So while attending the launch of the Bugging Out Web-Series, I channeled my inner Andrew Zimmern and was wonderfully surprised at how edible insects can be once you let go of the stigma that it should only be scraped off of your shoes or whacked with a rolled up issue of GQ. 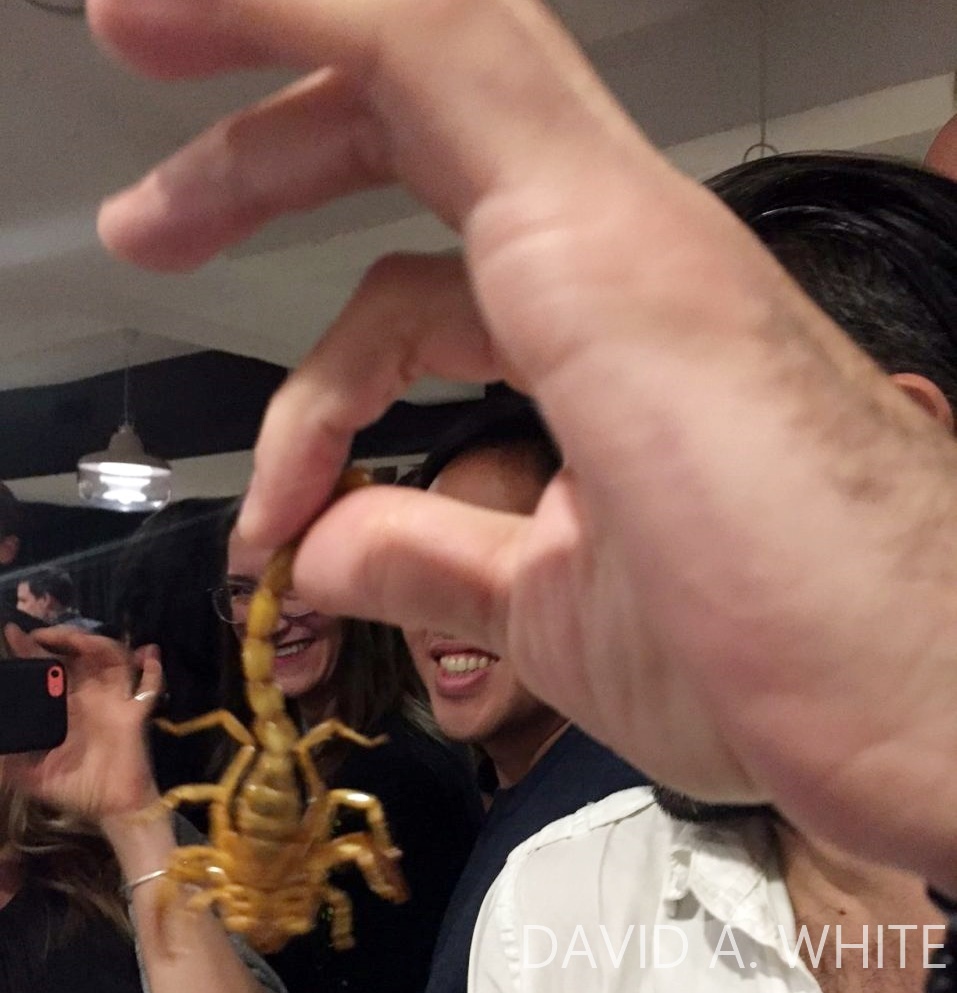 Last Tuesday, ONErpm Studios hosted a kick-off for the launch of their nine episode of their Bugging Out Web-Series that features the charismatic full-spectrum chef Don Peavy (Chef PV).  The Brooklyn-based Peavy states “Food is political.  It’s a lifestyle, it’s medicine, and it feeds the soul.  My work is not just about preparing that perfect filet mignon, it’s about exposing people to new ideas.  For me, opening people’s minds to their diet and what’s possible is a window into opening up their viewpoints in other parts of their life.”  The event featured notables in the entomophagy community like naturalist David Gracer and “The Bug Chef” author David George Gordon.  Judging by the screening of the first two episodes that the guests were treated to, this looks to be a promising, well-edited and visually fun web-series that informs, as it entertains. 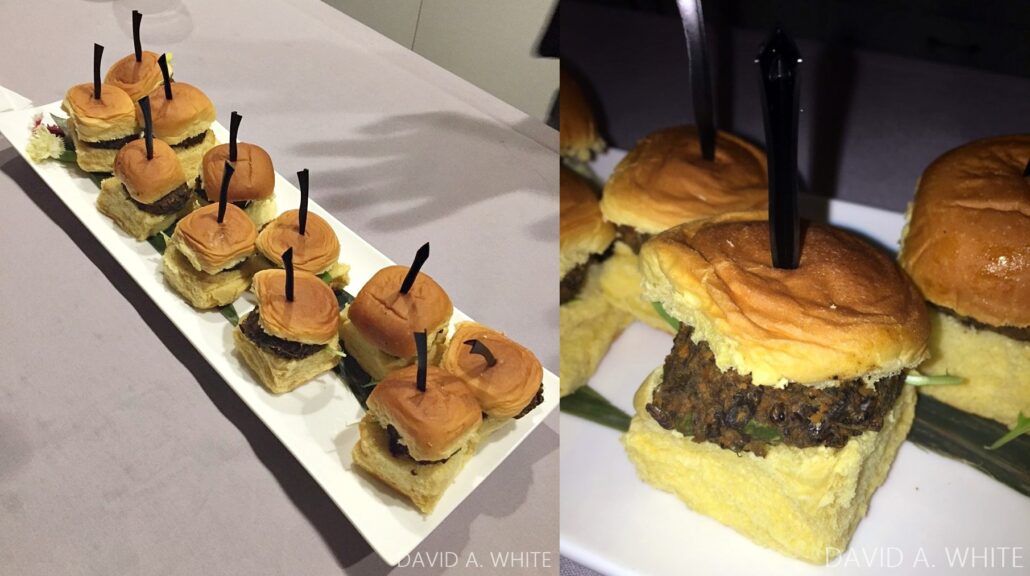 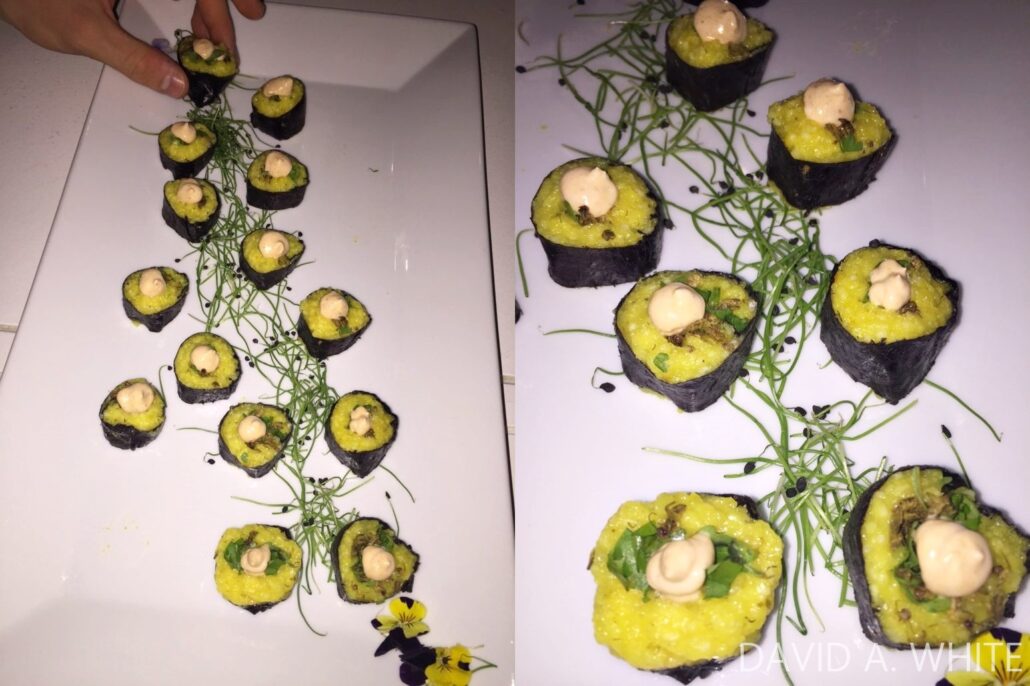 But enough about the people, let’s get to the food!  The guests were treated to a few tasty bites that had nods to familiar food, just with insects as the main ingredient.  There were tender cricket sliders, fresh cricket sushi with a saffron and ginger rice, an earthy cricket bolognese with a textural termite ragu, crunchy cricket chips served with a cherry tomato and garlic aioli, and crunchy pan-fried scorpions. 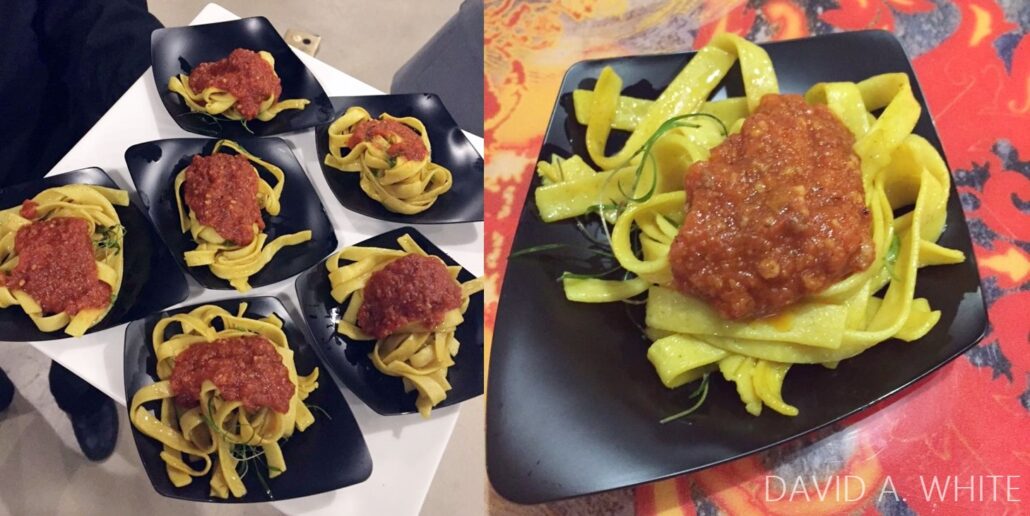 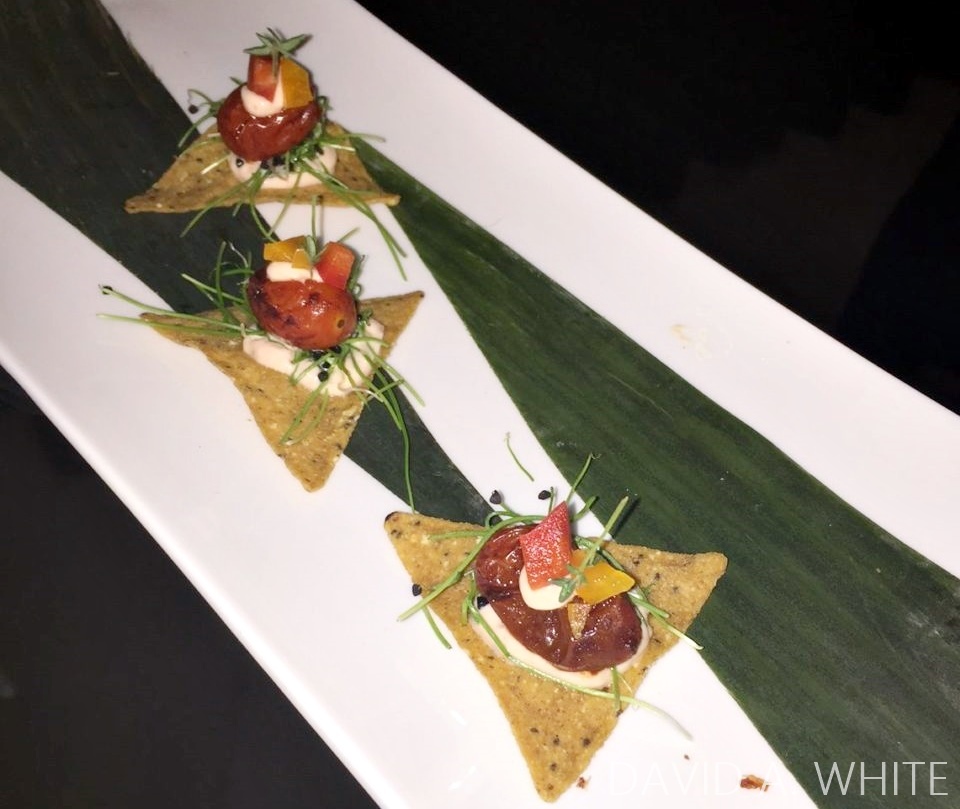 While white and red wines were flowing, the star cocktail of the evening was Buffalo Trace Bourbon martini made with Cricket Bitters.  After all, why should food have all the fun?  Even dessert got in on the action with warm crispy honey-worm cookies. 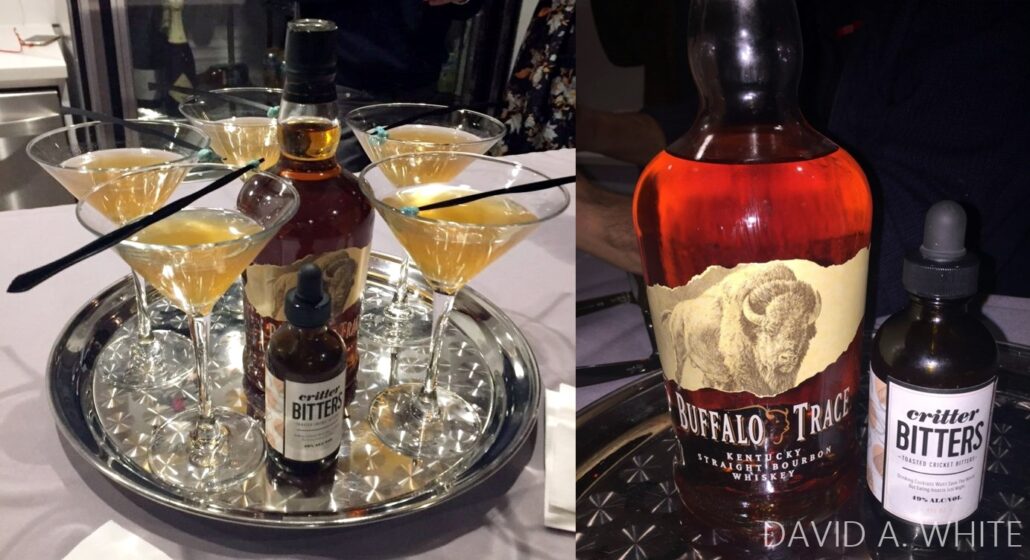 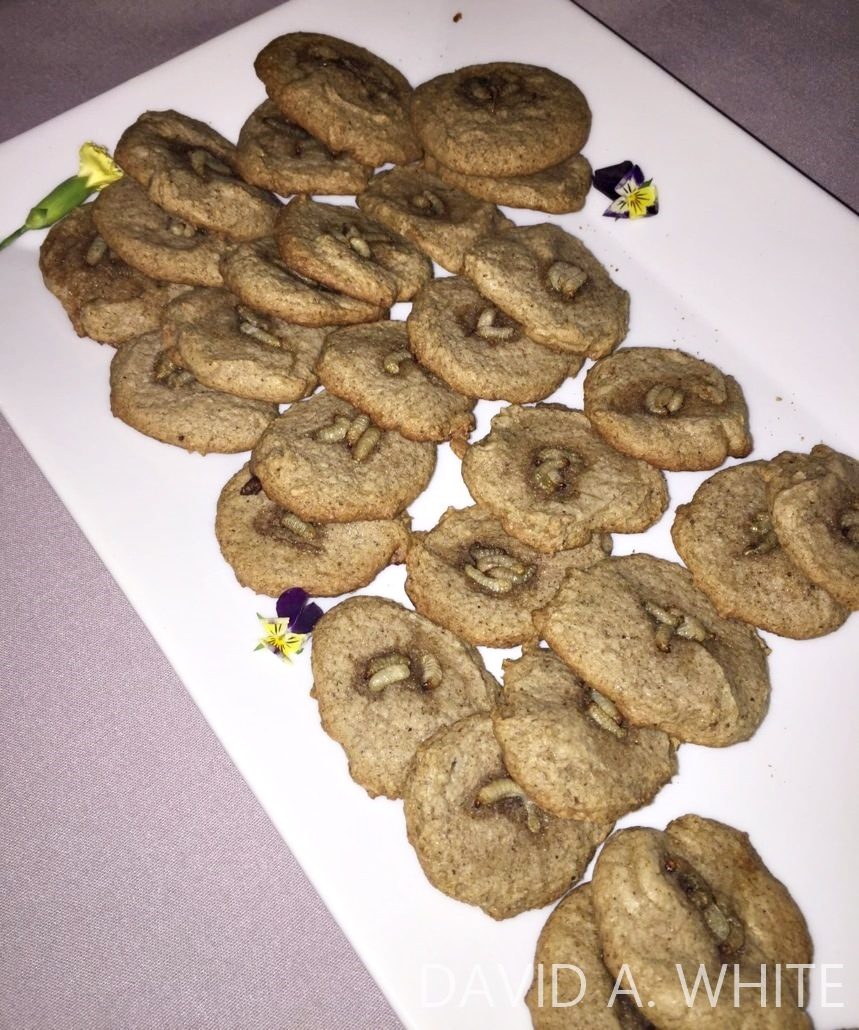 What’s important to note is that this experience is all about perspective and it makes one very aware of the comfort zones that we put ourselves in especially when it comes to diet, sustainability and the definition of food.  I chose to walk a new line that evening and enjoyed the walk thoroughly.  It reminded me of the infamous catchphrase of my aforementioned weird food hero that “If it looks good, eat it!”

Dry January: What is This Trendy Alcohol-Free Movement?

Hailee Steinfeld and Post-it Brand Kick off Back to School