From Thanksgiving to New Years Day, the holidays are a heavy drinking time for many people. As the new year begins and people start thinking about ways to improve themselves, you’ll probably hear some of them say they need a break from alcohol. However, thanks to Dry January, it’s more than just a stoic self-improvement exercise. It’s a social movement.

What is Dry January?

Dry January was started in 2013 by Alcohol Change UK, a British charity that helps people with problems stemming from alcohol. Originally a program that people would join using their email address, it had 4,000 participants in its first year, according to the organization. It quickly moved up from being an exclusive email club to become a global movement — though only 100,000 joined the official program in 2018, millions actually participated.

The purpose of Dry January isn’t to encourage abstinence as an ideal. In fact, many people who participate don’t go off alcohol completely, instead using the month to practice moderation and to rethink their relationship with drinking.

For social drinkers who might have had more than was good for them over the holidays, Dry January is a hashtag-worthy way to detox and reset their experience with alcohol.

And there’s a lot more going on than a mysterious social fad. There are several noticeable, tangible benefits of participating in Dry January, even if you don’t plan on abandoning alcohol completely. The following are some of the benefits of Dry January.

If you regularly spend $10 per drink every time you spend a late evening out, you know how quickly alcohol costs add up. If you have financial-related goals for the new year, why not get a head start on those by saving money on alcohol for the first month?

If you’re worried that it might get awkward drinking water while your friends enjoy their drinks, use your lower tab as motivation. As a bonus, telling someone you’re doing Dry January is a lot easier than just saying you’re trying to abstain and it’s usually a quick way to end the conversation if anyone tries to grill you about why you won’t drink with them.

You Could Lose Weight

If there’s one New Year’s resolution more common than saving money, it’s losing weight. Depending on how much you normally drink, you could stand to lose as much as a couple pounds per week during Dry January. Alcohol has enormous levels of liquid calories, which don’t fill you up as quickly as food calories do, while still having a fattening result. Giving up alcohol for a few weeks might be just what you need to shed some stubborn pounds.

With one in every five Americans having at least one untreated cavity, dental trouble isn’t something you want to take a chance on. But did you know that alcohol consumption can have a significant impact on your oral health?

As long as you drink in moderation and take good care of your teeth, you shouldn’t have too much to worry about. But if you drink excessively, no amount of tooth-brushing is going to save you. And if you’re like many people who don’t bother to brush their teeth before bed after a late night on the town, you’re in for even more trouble.

Alcohol is high in sugar content, which is never good for your teeth or gums. In fact, the impact alcohol can have is so significant that dentists can often see early signs of a problematic alcohol addiction long before anyone else does. Some dentists are able to curb their patient’s alcohol consumption or suggest places like this alcohol rehab facility to help them achieve a more healthy lifestyle and save their teeth.

Dry January can help with this by giving you a chance to regain control over your alcohol consumption. Drinking in moderation shouldn’t hurt you, but it’s easy to start drinking too much without realizing it. Taking some time away from alcohol can help you maintain healthier drinking habits all year.

Now that you know about the benefits of Dry January, why not give it a try? From avoiding potential dental problems to “resetting” your system for alcohol, it’s more than a social media craze. It’s a great way to kick off the new year. 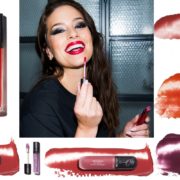 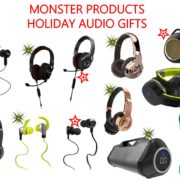 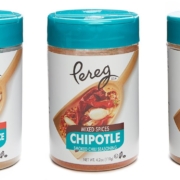 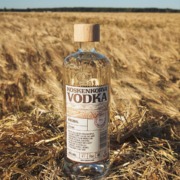 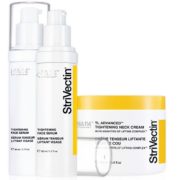 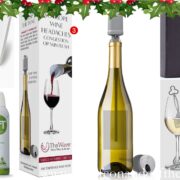 I've been looking forward to Friday since last Fri

Say goodbye to your underwear getting stained (or

Your skin reacts differently when exposed to the s

With the number of hours we use our phone texting

Photo dump: Montauk Edition 2: made it to the very

The kitchen is more than a place for cooking and w

So many things inspire fashion but nothing does it

The 7 Best Italian Cocktails You Should Be Drinkin

After eight seasons and 196 episodes, @OWNTV’s @

After a very long day 4 working a look book shoot,

Gave the top knot a slight break and rocking the d

Designed specifically with movement in mind, the @

Would you wear this protective wear to travel to p

How To Celebrate National CBD Month This January