Fans of LeSportsac, especially their Artist in Residence Series, will love their latest collaboration. Disney has teamed up with the classic handbag company, to create a Limited edition and one of a kind collection called  “It’s a Small World” . The inspiration behind the collection is to take you around the world and back again. The collection features handbags, totes, and accessories inspired by the mid-century artwork of Disney artist Mary Blair, who created the whimsical look of the beloved Disney theme park attraction “It’s a Small World.” The summer collection includes the “Wondrous Journey” and “Tahitian Dreams” prints seen below, with additional prints debuting during the Fall and Holiday seasons.

*If you’re in love with the “Tahitian Dreams” collection you’d better hurry, for it is available for this Summer only

“We are so inspired by Blair’s original art and the it’s a small world theme of global awareness,” said D’Arcy Jensen, vice president, Global Creative Director, LeSportsac. “Each collectible design we are creating is a colorful narrative that is sure to delight fans of Disney, Mary Blair and LeSportsac alike.”

“Our collaboration with LeSportsac pays homage to the magical experience of it’s a small world while continuing the legacy of the message behind one of Disney’s most beloved theme park attractions,” said Robert Oberschelp, director, Disney Collections, DCP. “Walt Disney’s vision is as powerful and true today as it was when he first shared it with the world.”

Disney It’s a Small World by LeSportsac collection includes five seasonal deliveries, each inspired by a specific country. In addition to celebrating a country, each delivery will be anchored with a Signature Tote and a colorful print that pays tribute to the unique facades and architectural works of Disney’s it’s a small world attraction. The collection kicks off with a celebration of Tahiti that includes two graphic totes and a range of 12 styles in two vibrant prints.

The Disney It’s a Small World by LeSportsac Collection is available online at www.LeSportsac.com and at all LeSportsac flagship boutiques worldwide. LeSportsac is also available at better department stores and select specialty stores. 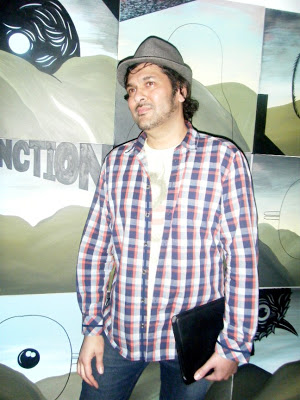 Jeremyville created a collection for LeSportasac called Inspirations which is about sketching in the neighborhood cafes of their two studios and the world Jeremyville creates with his pen. The collection three themes/prints are available in all nine original Artist in Residence styles and convey spontaneity. The collection also includes two exclusive styles made especially for the Jeremyville collection, the Magic Bunny Tote (featured later in this post) and Small Bunny Pouch (pictured on the Tomorrow Forest Teeny Duffle)

Jeremyville NYC – inspired by Jeremyville’s favorite place – New York City. This print is based on neighborhoods and the iconic aerial views with the Lower East Side as his main inspiration. The print features NYC characters, iconic architecture and signage. 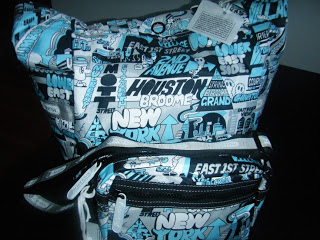 Bondi Beach Sketchbook – inspired by the neighborhood Jeremyville grew up in as a child and where his studio is located, the dripping paint, graphic clouds and graffiti marks represent the “urban playground” of skaters and surfers with the vivid colors represent a beach sunrise and sunset

Tomorrow Forest – an imaginary world filled with strange furry creatures, enigmatic bird people and lots of smiling mushroom creatures with a far away look in their eyes 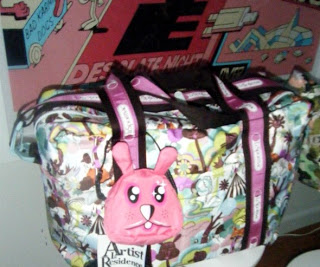 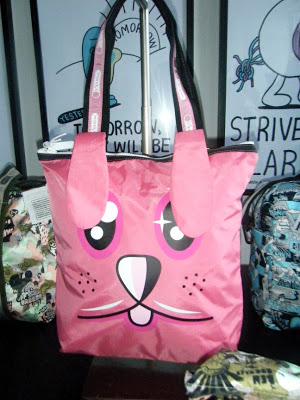 LeSportsac recently held a celebration for the launch of the limited edition COVERGIRL for LeSportSac cosmetic bags, designed in collaboration with legendary makeup artist Pat McGrath at the LeSportsac Soho Flagship Store 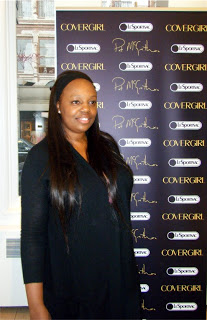 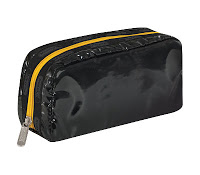 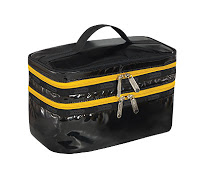 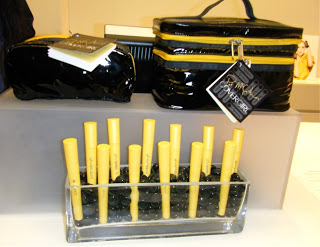 As you can see they make a great addiction to the existing LeSportSac collection; both will be available at LeSportSac.com (the PAT is available online now, the PAGE is coming soon). 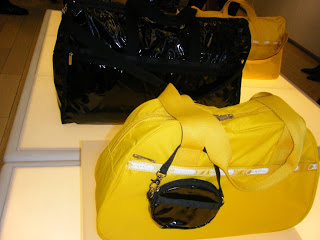 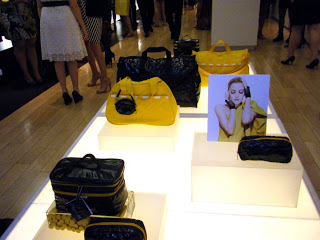 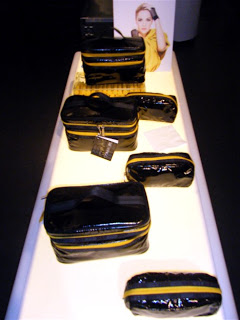 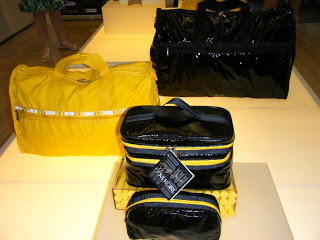 I’m looking forward to more being added to this collection soon.

After the MyItThings event, we walked over to the Cabanas at The Maritime Hotel for the JellyNYC and LeSportsac Artist in Residence Event. JellyNYC is the organization that does all those cool concerts at McCarren Park Pool and well, everyone knows LeSportsac makes fantastic bags with the most interesting prints. I own a few myself. 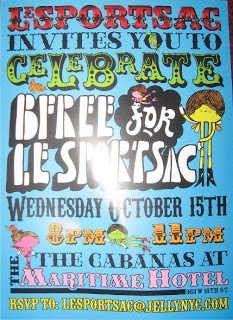 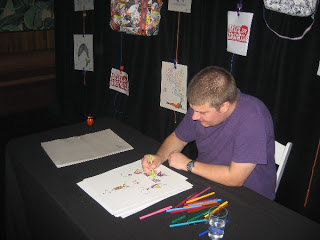 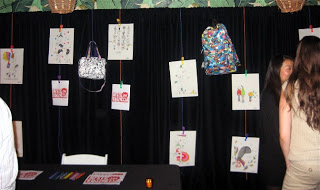 and here are some closeups of the bags 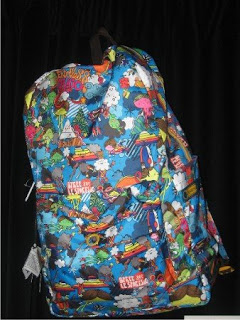 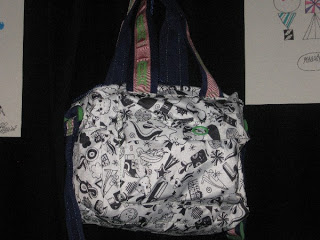 The theme of the event was like a carnival, you walk in to cotton candy, caramel popcorn, a photo booth and games – Bean Bag Toss and Plinko (if you’ve ever watched The Price is Right, you know what Plinko is). With my Blueberry IZZE cocktail in hand, I walked around the event. Here are some photos 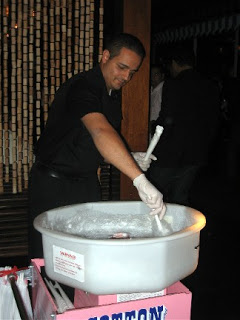 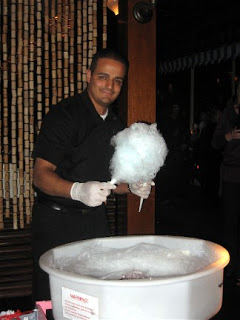 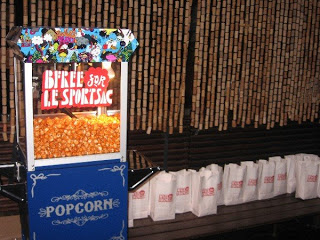 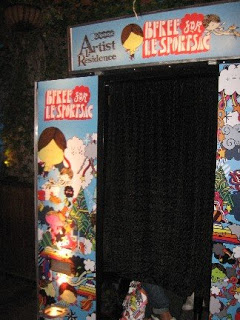 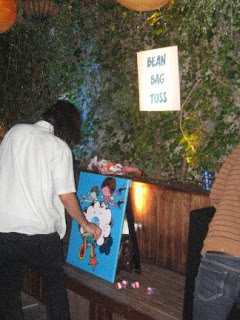 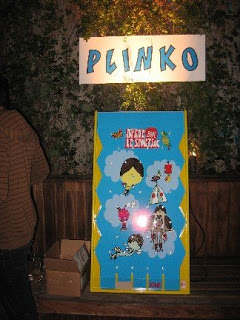 I, who never win anything (well, any raffle-type contests), won at Plinko. YEA!!!! And the best part was the prizes were LeSportsac bags…double YEA!!!. Here’s what I won. It is called the Compulsive Shopper (very fitting, I know) and it retails for $128 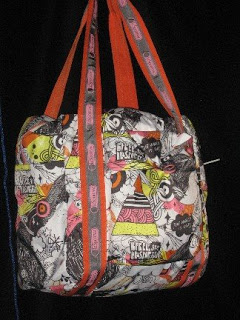 Here are some photos of the party 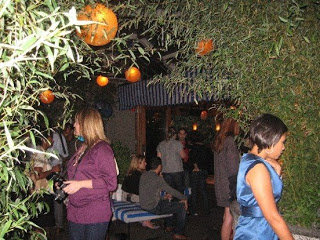 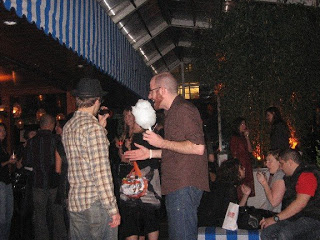 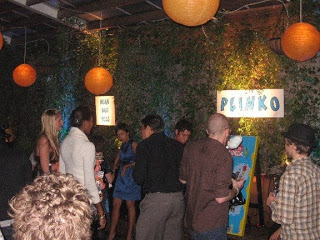 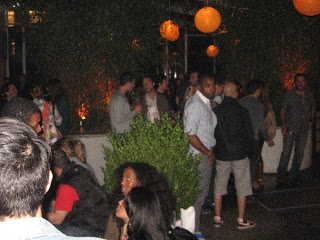 And finally, here is the gift bag 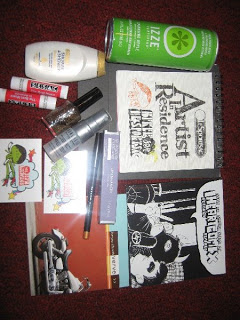 On to tomorrow’s event