I think we all know the equation, don’t we? Every tall pretty girl wants to be a model.  Every model wants to become an actress. Every actress desires, at some point, to move behind the camera in some capacity. Well while there can’t be that many actresses that will achieve ‘Walk of Fame’ stardom, there are gaggles of models, some mildly and some hugely successful, that can further their acclaim by not reading scripts or going on castings of a different genre. It would stand to reason that some models, like many of those actresses, like the nature of their jobs. Tantamount to acting and the screen is modeling and the clothing, so wouldn’t it be natural to see a model create a successful clothing line? Well to Romanitza Claudia Iovan it’s natural and she’s shown she has the knack to turn her experience and talent into profit. 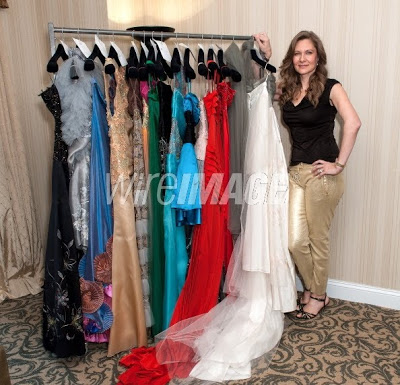 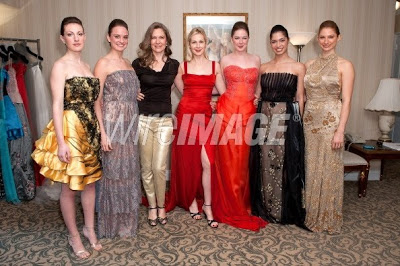 Experience? Definitely! Ms. Iovan was a Romanian model who decided to put her money and skill into the very thing that made her who she is. She understands that fashion, outside of all the pretty clothes and smoke and mirror glamour, is a business. Models are transacted in that business for their bodies and faces the same way clothing is transacted in the business to create fantasies, legacies and bottom lines. So in 1991 Ms. Iovan focused less on getting into Vogue and more on getting into the Financial Times and started the House of Romanitza. Focusing primarily on pristine gowns with a penchant towards couture, she has utilized her heightened sense of decadence to create a successful business with a core following and has become one of the most successful Romanian fashion designers today. 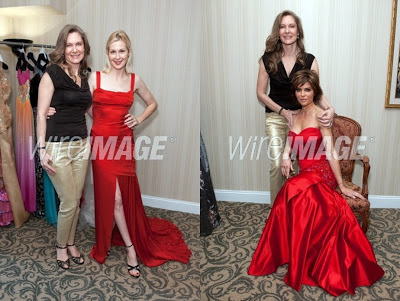 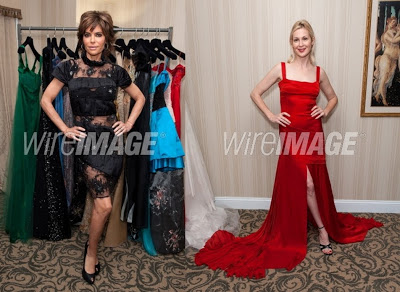 Having done couture fashion weeks and intimate designer showcases between New York and Budapest, the fanciful styles of the House of Romanitza are making strong strides in conquering the high fashion markets on both sides of the Atlantic. Her latest collection of gowns continue to showcase what makes the House of Romanitza praised by celebrities like Lisa Rinna, Kelly Rutherford and socialites worldwide. Gowns like the Golden Butterfly and the Silver Dream made from the most beautiful of lace, silk and embroidered tulle create works of wearable art while while satisfying the need for immaculate construction and a creation that makes a bold statement. My particular favorite is the house’s Allegra dress, inspired by Cirque Du Soliel and brought to brilliant vibrancy with a hot pink bodice and tri-colored hand-embroidered silk skirt. 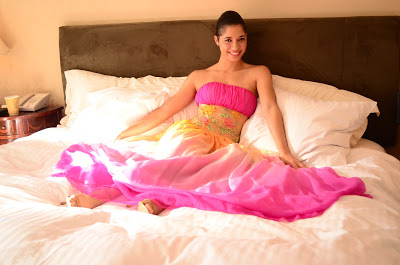 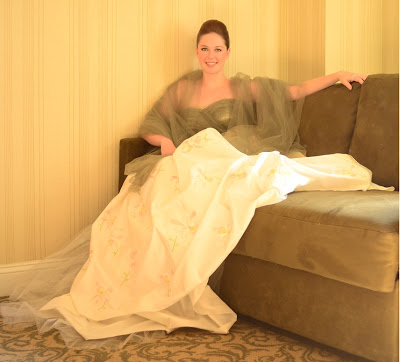 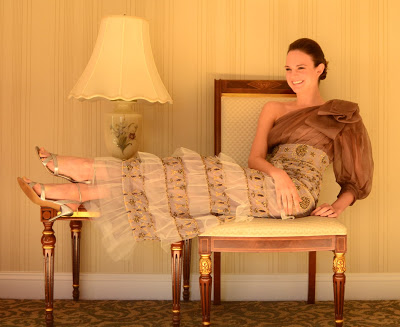 What makes The House of Romanitza a house to recognize is that fact that the gowns the house creates and the way in which they are presented to the clients are speaking to their needs for elegance and wearability within the reaches of plausible luxury.  These are gowns that are cut for the bodies of real women who want to wear gowns rather than lend their bodies to experiments in dressmaking. 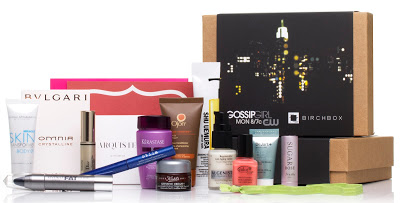 The four themes are listed below:

After the finale screening, I  was given the Downtown Book Signing Birchbox – “This collection has what a city girl needs for a downtown party —a hot book release, perhaps? Go for an edgy-cool look with unexpected pops of color. You’ll be out late, so we’ve included long-lasting products and the skin-fixers you’ll need the day after. And don’t forget — a good guest always follows up with a thank you note.”
which contained the following:

The four Birchboxes contain a variation of the following fabulous products:

To get your hands on one of these amazing Gossip Girl themed Birchboxes, check out the rafflecopter rules below:

Kelly Rutherford (looking incredibly gorgeous in Valentino) surprised fans at the Birchbox hosted finale screening of Gossip Girl. Guests were treated to indulge in a few glasses of “Upper East Sider”, an absolutely delicious pink concoction which was the signature cocktail for the evening, yummy Baked by Melissa cupcakes and refreshing Soft Serve Fruit. 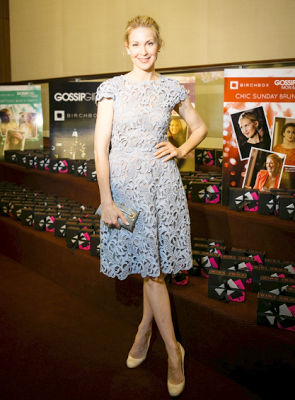 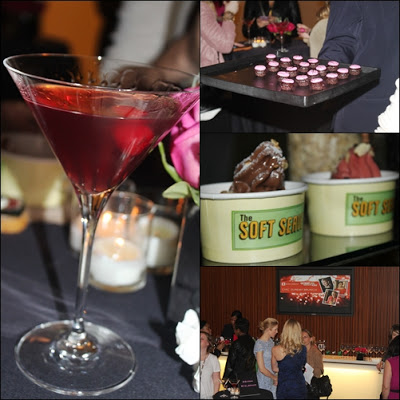 Along with the yummy treats, we were also treated to some amazing beauty treatments prior to the screening. Kerastase and Stila were on-site for hair and makeup touch-ups 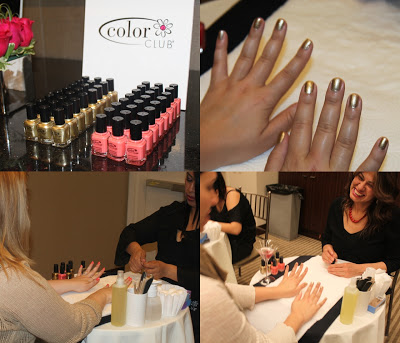 After the event, fans were gifted one of four different boxes that Birchbox and Gossip Girl teamed up to create, each with unique Gossip Girl-esque beauty looks inside – Black Tie Ball, Hamptons Beach Party, Book Club, Chic Sunday Brunch. 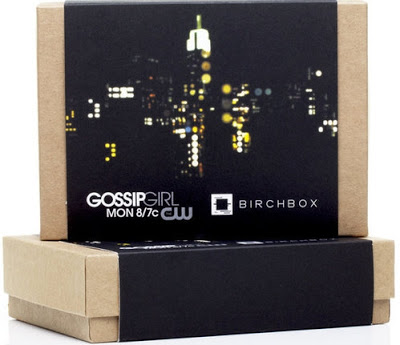 Do you guys remember your first Swatch watch? I do and boy can I tell you I bragged and showed it to everyone who stopped to listen. A Swatch said, you have arrived! You are officially a cool teenager! You have re-spon-si-bil-i-ty! Be on time!

Last week we attended an event for the avante-garde watch company and it invoked those feelings of yesteryear when I was a teen. It’s truly an exciting, innovative time-piece. So many celebrities came out to support Swatch. Twilight Saga’s star Nikki Reed hosted the launch of the newest collection of Swatch’s New Gent Collection. 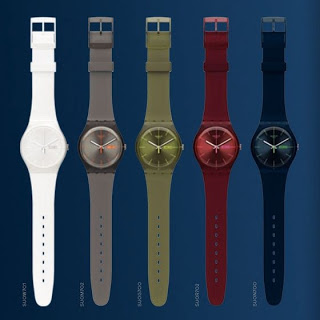 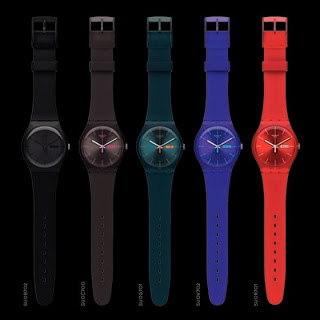 Reed was joined by her Twilight Co-Star, Chaske Spencer, Susan Sarandon, Gossip Girl’s Kelly Rutherford, The gorgeous “Jessica” Models (Jessica White and Jessica Stahm), Chris Brown, Fabolous, etc. The new collection was inspired by the Swatch Gent originals from 1980’s but updated with a bigger dial and fresh winter colors. Guests took over the penthouse at the Gansevoort Park Avenue and enjoyed specialty drinks named after the watches – hors d’oeuvres and sounds by violinist Caitlin Moe and DJ Mia Moretti. 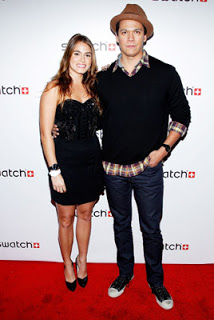 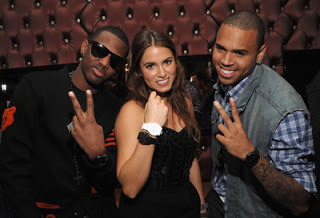 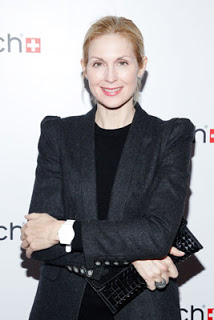 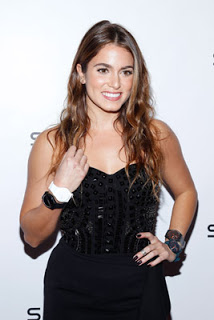 The night was so exciting, reminiscent, and fun. My favorite from the collection is the Purple Rebel. It is a deep jeweled purple with turquoise dials and accents. Check it out below. 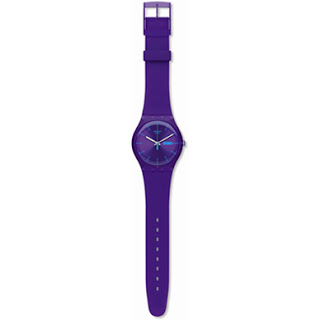 After viewing the beautiful collections in the Arise Show, I was all set to relax and enjoy a few cocktails and get to check out some of the offerings at the QVC Fashion Style Party. QVC was one of the sponsors of Mercedes Benz Fashion Week and of course they had a booth in the lobby of the tent to highlight the plight of the people of Haiti by selling the CFDA’s “To Haiti With Love” T-shirts (the shirts are also available online for $25 on QVC.com) 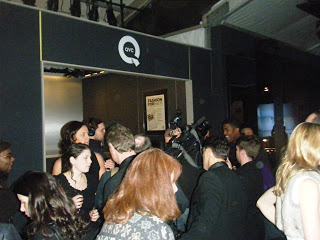 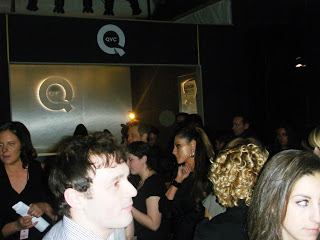 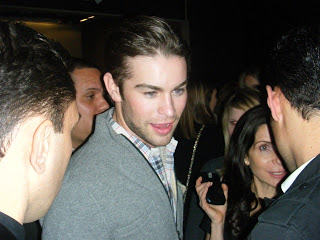 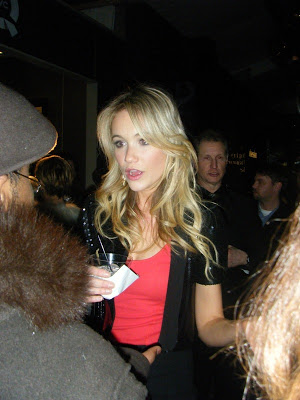 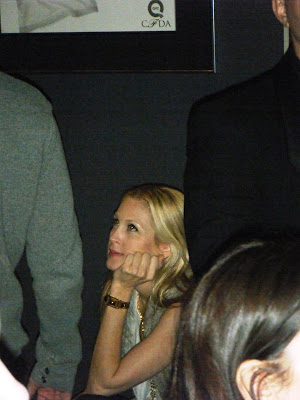 However, I missed Rachel Zoe, who was showcasing her line for QVC, Alison Brie (Community & Mad Men) and Kelly Bensimon (Real Housewives of NYC). I didn’t miss getting one of the t-shirts to support Haiti though 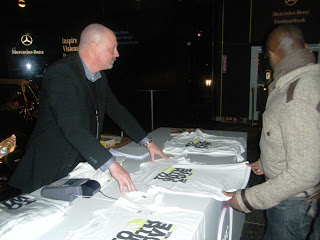 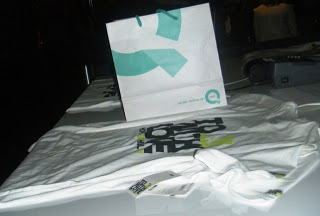 I’m set to attend another event benefiting Haiti called “Help Rebuild, Come celebrate Haiti Cherie” and I will definitely be wearing this shirt to show my support. This QVC Party was great, everyone had a wonderful time, I even ran into an old model/waiter friend, Gavin, whom I met at the H&M/Jimmy Choo event who was set to walk in the Commonwealth Utilities Show the next day