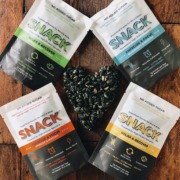 From the moment Covid19 reached worldwide shutdown status, we’ve upgraded our wellness regime tenfold. Along with taking 5 different vitamins and adding Sea Moss, a childhood staple rich in vitamins and nutrients, back into our lives, we’ve now added farm-fresh Spirulina in the form of SNACK; an all-natural, on-the-go, tasty superfood cluster loaded with various nutrients and antioxidants beneficial for the body and brain. For those who are not familiar, Spirulina, believed to be one of the oldest life forms on Earth, is a blue-green algae known as an endurance-boosting superfood. Like Sea Moss, it boasts a multitude of vitamins and minerals. It is high in protein, is a powerful antioxidant, and has anti-inflammatory properties. It grows in high-salt alkaline water in Africa, Asia, and Central America. 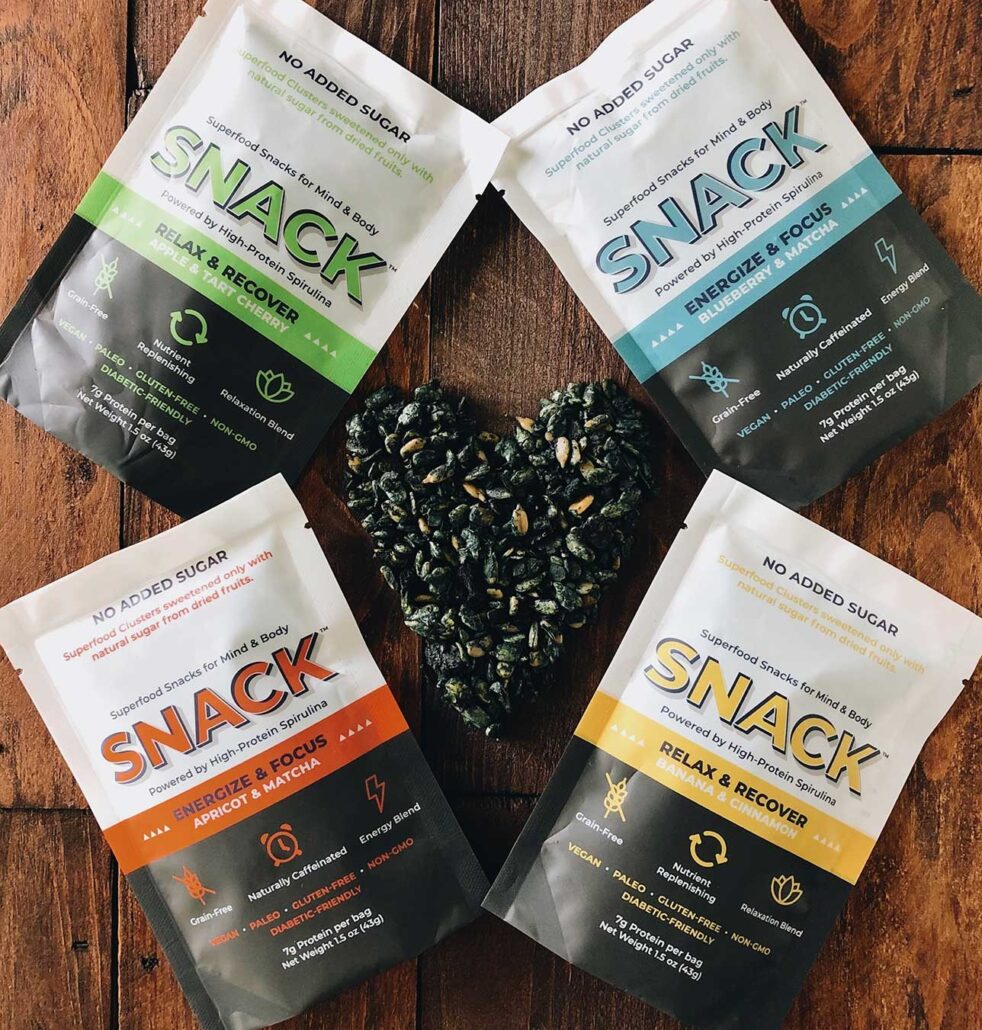 With the SNACK range of delicious Spirulina clusters, you get all the benefits of this superfood in a wonderful on-the-go treat. SNACK offers four different blends of their tasty superfood clusters, each containing 5g of protein and 140 calories per serving. We know it may look strange to you but trust us when we say you won’t stop eating it. The days of something very healthy and good for you not being delicious are gone. These are absolutely delicious and we can’t wait for you to try them. We are far from being vegan or even vegetarian but as we’ve gone from blasé to fully adding plant-based foods to our lives, especially if they taste great and help our bodies fight against illness. It’s treats like SNACK that make adding plant-based foods to your regular life easy. 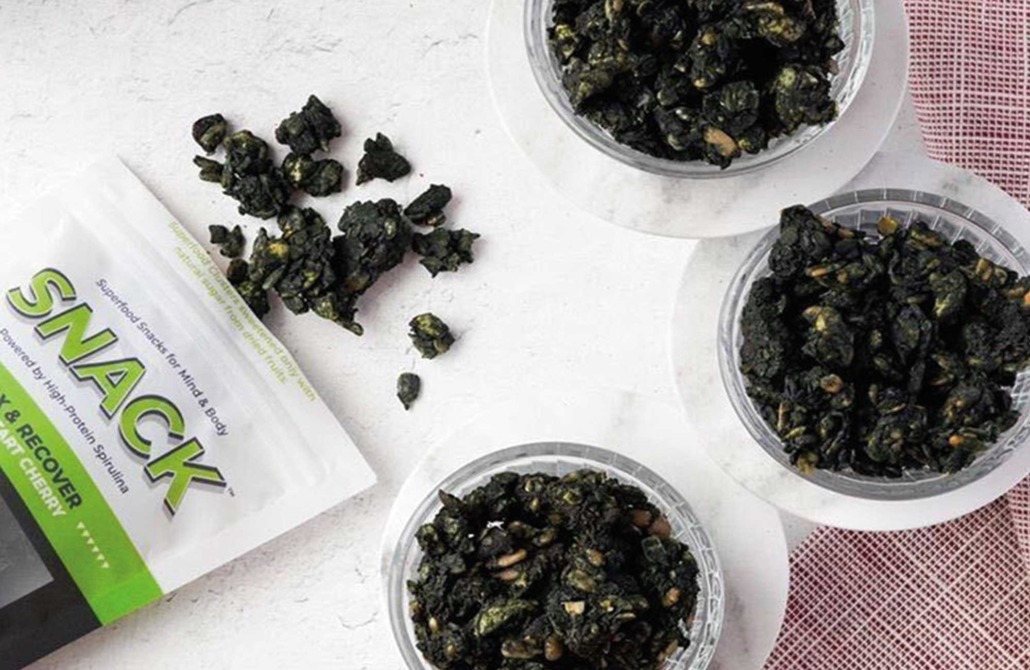 The flavors varieties include: 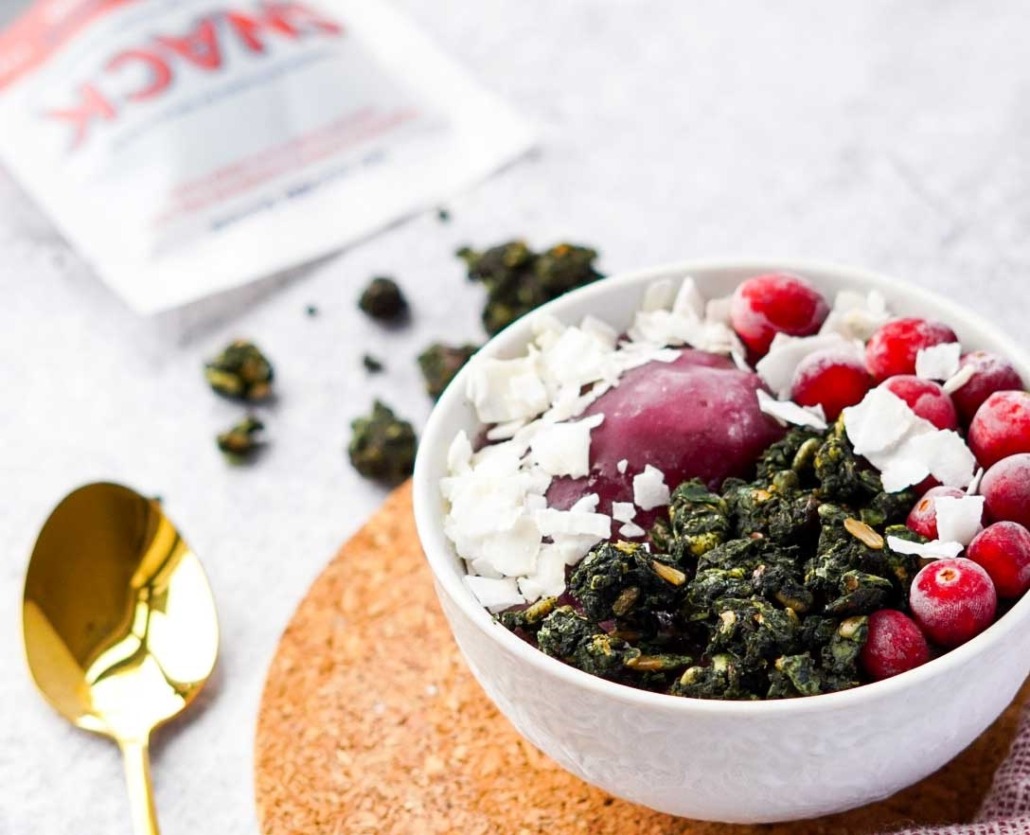 The best part, you can enjoy them right out of the bag, or add some to your regular meals. They’re great with fruit, yogurt, or smoothies. We love that the benefits from consuming Spirulina include boosting your immune system, reducing high cholesterol and high triglycerides, and help with viral infections, cancer, and fatigue. During this time of uncertainty with a new deadly virus, scientists are still getting to know, it’s important that we protect ourselves every way we can. So many have already lost their lives. We promise you’ll love this snack. Along with its benefits, it’s vegan, paleo, gluten-free, non-GMO, diabetic-friendly, and grain-free.

If there ever was a time to be inspired, this is it. As we spend more time at home with family, it can be tough to keep occupied throughout the day.  As a result, boredom, while we’re all staying at home, has led to some very interesting and creative results. So companies are thinking of new ways to keep the creativity going. Hälsa Oatmilk Yogurt, the maker of the first and only 100% clean oatmilk yogurt, wants to inspire families and help spread some love with the launch of the Hälsa Summer 2020 Love Song Contest.

Hälsa wants to know, what does love mean to you? Your response may win you lots of money; something we can all benefit from as most are unemployed and many are still waiting on unemployment checks. In an effort to bring us closer together as a family, Hälsa Oatmilk Yogurt is asking all households to share what love means to them through an original song contest for a chance to win up to $3,000!

“For us at Hälsa, love means making 100% clean and plant-based food – food that can truly nourish your body,” said Helena Lumme, Hälsa President and Co-founder. “Love is something we need now, more than ever. As we continue to offer consumers our nutritious, organic oatmilk yogurts nationwide, we’re excited to deepen our mission through our song challenge to spread love—for each other, for our bodies and for our planet.” 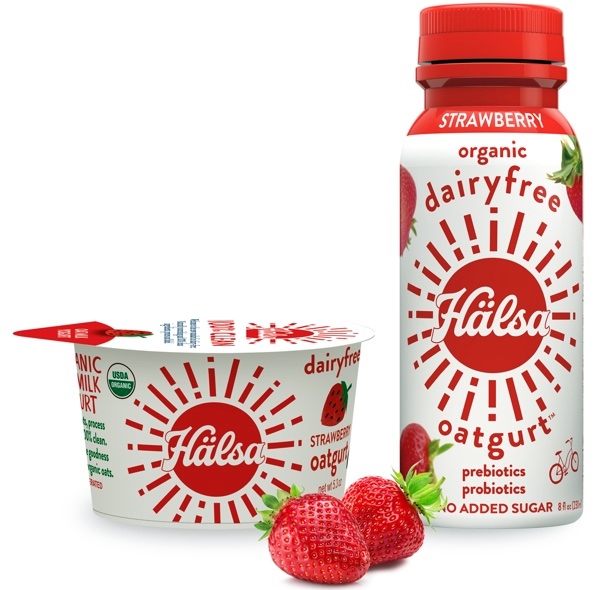 The first-place winner will be awarded a grand prize of $3,000; the second place will receive $1,000; the third-place winner will receive $500. Ten honorable mentions will each win a Hälsa Love T-Shirt. To Enter the contest, write an original love song, and post it on YouTube or Vimeo before May 31st! Hälsa will judge on the basis of originality, creativity, and how well the song conveys Hälsa’s message of love (it being the most important ingredient).

For more entry details, visit www.halsafoods.com/halsa-love-song-contest. We wish you all lots of luck and may the best love song win. 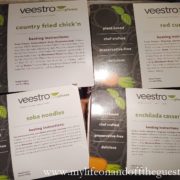 You may have seen the numerous memes about the elevated amount of cooking we’ve had to do. In other words, we’re a bit over having to cook. If you also add in empty grocery shelves, increased prices on staples and scarce food deliveries, lunch and dinner options are dwindling. We’ve personally seen meat and chicken prices increase, which mostly leaves everyone with plant-based foods; but fresh produce is still hard to come by, which leaves you with limited options. Slowly but surely, we are being pushed into a plant-based diet but what can you when produce is limited? The answer, Veestro 100% plant-based foods. 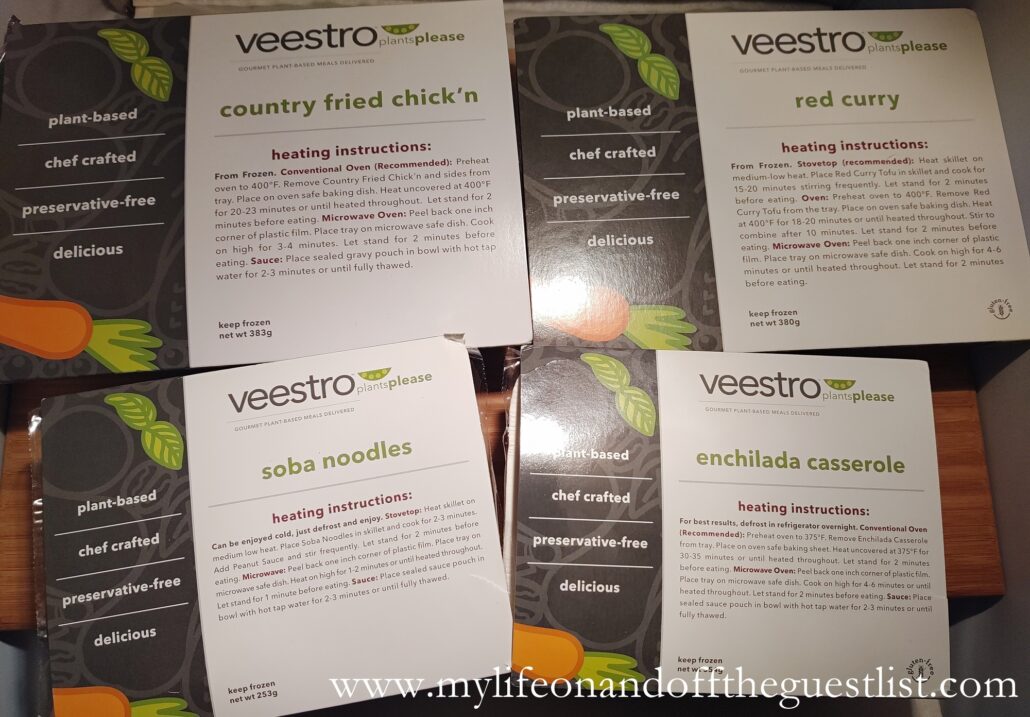 With all the grocery stores running out of food, why not order some pre-cooked meals straight to your doorstep? And what better time than the celebration of Earth Month to highlight delicious, organic, healthy, sustainable food, made from plants. With the Veestro meal delivery service, there is no chopping, no cooking, and no cleanup required. Simply heat up your Veestro plant-based meal in the oven or microwave. For those who still enjoy the act of cooking, some of the meals can be heated on the stovetop. The 100% plant-based foods are made with fresh ingredients and no preservatives. We had the pleasure of trying out a few of the meals: Red Curry with Tofu, Country Fried Chick’n, Enchilada Casserole, and Soba Noodles in Peanut Sauce. As life-long carnivores, we can attest to how delicious they are. 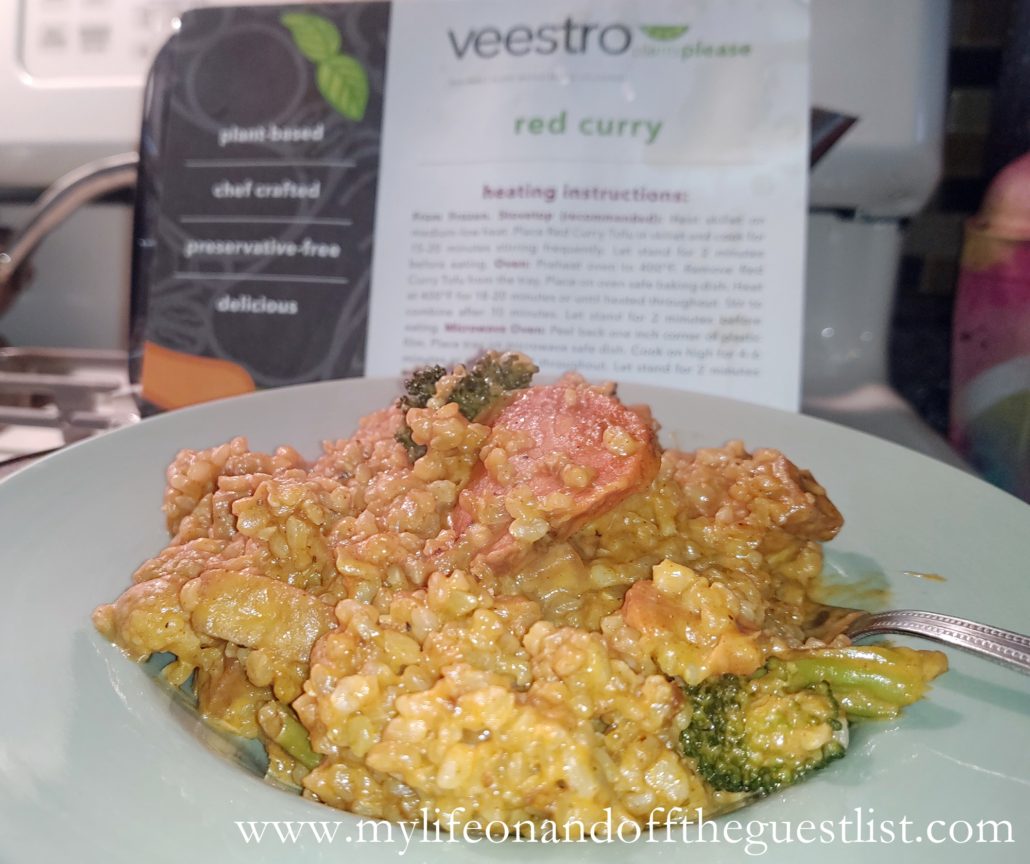 We began our plant-based adventure with the Red Curry with Tofu; this mouth-watering and hearty meal is a delicious mix of broccoli, carrots, tofu, coconut curry sauce, and brown rice. The savory and sweet sauce gives this hearty meal a bold flavor that you, vegan, vegetarian, or carnivore, will absolutely enjoy.

You can choose from different flexible meal plans and dietary preferences that Veestro has, including gluten-free, low-calorie, nut-free, kosher, soy-free, and high protein. The meals are prepared fresh and shipped frozen, which allows you to eat them within 8-10 weeks. We highly recommend you at this stay-at-home savior to your list, especially as grocery shelves continue to be sparse and just as a break from the task of cooking. 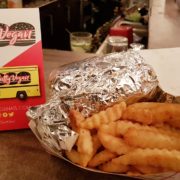 So….let’s catch up. How did you spend your President’s Day this year? I opted for a little excitement this year, and I wasn’t alone. True Story. Here’s my confessional: 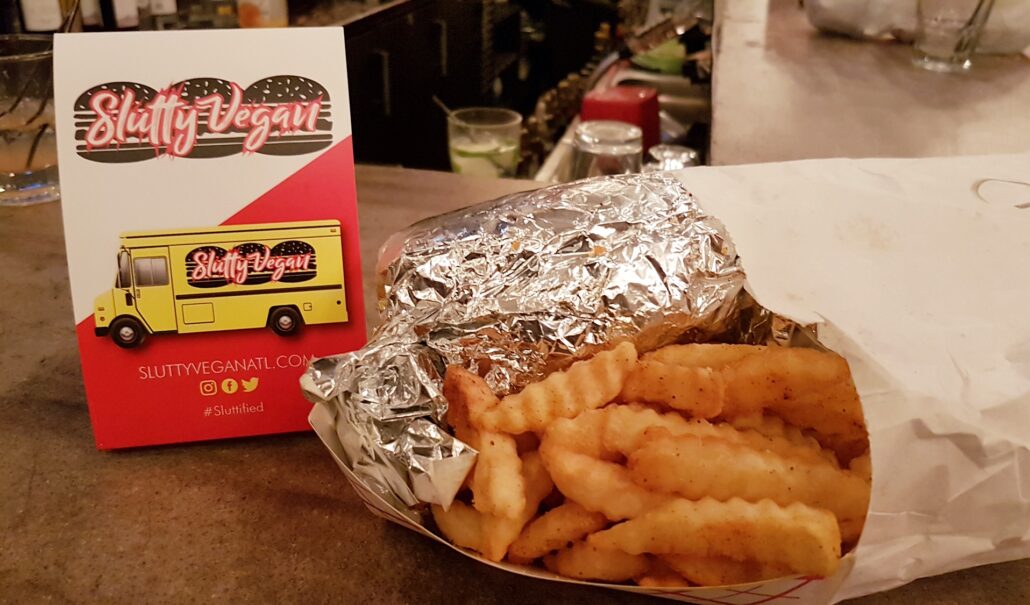 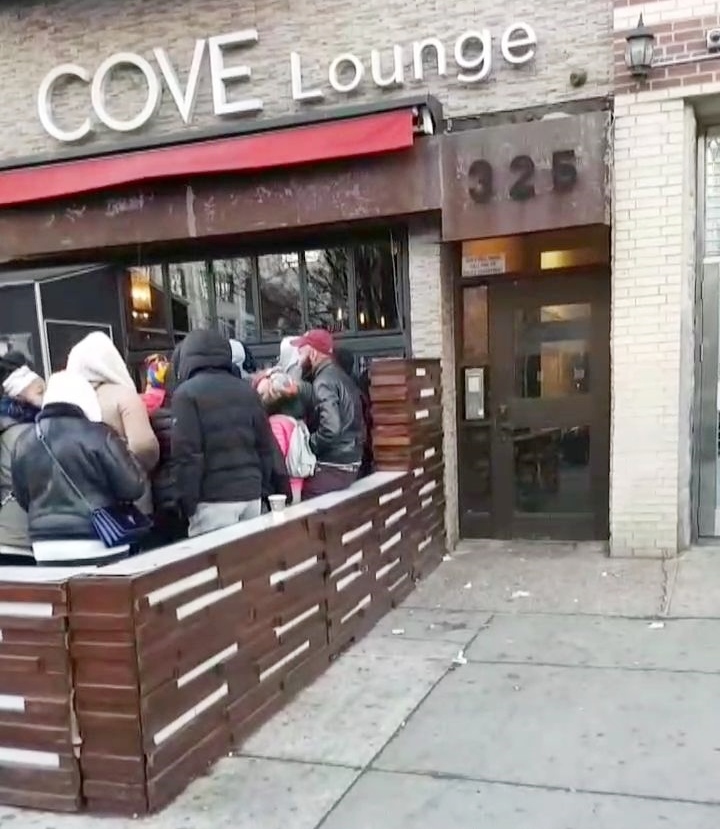 Back in New York, with lines wrapping around the block for hours. Over 900 people were served a taste of these delicious and satisfying burgers. We came to get the stuff that’s so good we waited in the cold for it! 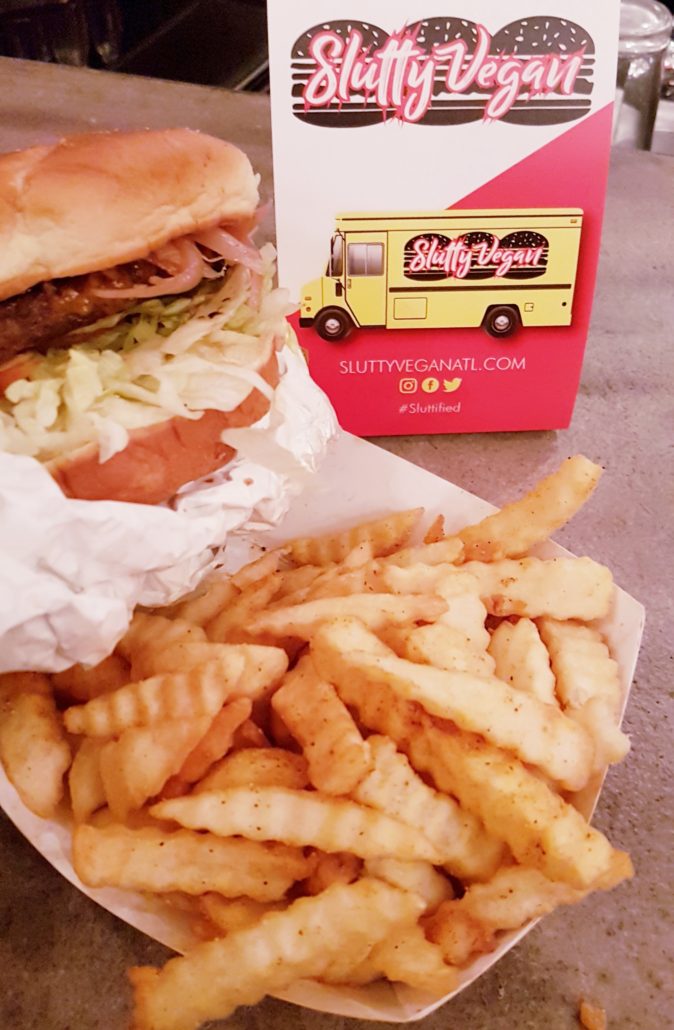 If you’ve never had an Impossible Burger – you don’t know what you’re missing! If you are steering your diet to be more plant-based right now, start here! The Impossible Burger Patty is made of a proprietary mixture of wheat, potato proteins, coconut oil, and heme. It tastes so much like meat, that you will open your burger, thoroughly examine how beautiful the patty is, whisper sweet devotion while you put it back in the bun and ravish the whole thing.